To commemorate what would have been Andy Kaufman’s 67th birthday, Culture Trip celebrates the entertainer’s unique brand of indefinable comedy-cum-performance art. 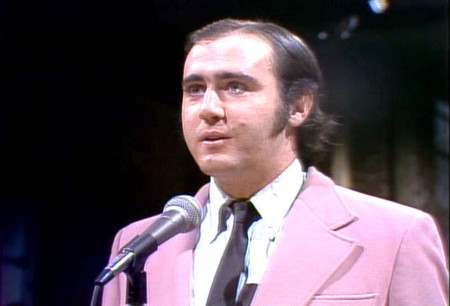 Andy Kaufman (1949-1984) spent his childhood performing at birthday parties for children. As he grew older, he took the material he’d developed and used it in comedy clubs, playing for adults.

He would lip-sync to “Mighty Mouse.” He would conduct sing-a-longs of “Old MacDonald Had a Farm“ and “The Cow Goes Moo.” He’d sit onstage for six minutes, and do nothing but eat ice cream. He’d wrestle women. He’d sing in a diaper while wearing a fake mustache. There was nothing he wouldn’t do to test the crowd’s patience.

Andy Kaufman would do whatever it took to make you watch. You’d wonder why you were watching. You’d try to walk away, but you just couldn’t. That’s what he intended to do — to make you think more than just make you laugh, and he succeeded in every way. 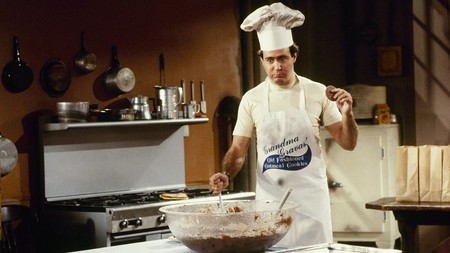 In the years since his death of lung cancer on May 16th, 1984, many have tried to come up with explanations as to how Andy’s performances could not only remain so significant in the world of art but also extend into how we process media today as well as culture as a whole — and, most importantly, always question.

“I think he’d keep a hundred psychiatrists busy for a lifetime,” says Al Parinello, who met Andy while they both attended Graham Junior College in Boston in 1970 and remained his friend thereafter. “You get to a point where the behavior is so outrageous and off the charts, that you have to create in your own mind a new standard for normal and normalcy with him. And when you do that, you can accept him as one of the nicest people you’ve ever met.”

Throughout the course of his career, Andy made people scratch their heads with wonder. He didn’t just limit himself to the stage, however. He conducted performances, finding art in the strangest of places — supermarkets, diners, and even a bus stop. The world was a playground for the magnificent, and forty years later, people are still trying to find the connecting link between it all — why everyone laughed at something that was so unconventional that it turned out to be funny.

John Lundberg of Kaufman Lives weighs in on what exactly Andy Kaufman was trying to do with his act. “Andy’s performances were always enigmatic, puzzling and ultimately indefinable,” he says. “I think it’s that unknowable quality of his work that has given it longevity. It’s like a Japanese puzzle box, with no solution.” As Kaufman himself said “There’s no way to describe what I do. It’s just me.”

Cindy Williams, best known as Shirley in Laverne and Shirley, witnessed the elements of Andy that just made audiences question everything. “That was the elevated layer of it that I loved. That was the fun of it. And then the audience catches on later. It’s not like ‘set-up,’ ‘set-up,’ ‘joke.’ He never ever tried to exclude the audience. He was including them in a way that had never been done before. And even though he was a master manipulator, it was always done in an endearing and fun way.”

Kaufman did not identify himself as a comic. When he started performing his act at clubs in 1971, comedy had been viewed as something that was formulaic in how it was “set-up” followed by “punch line.” And then out of nowhere, here was this man, with the innocence of a child, eagerly pushing buttons — not to taunt you, just to experience what it’d be like — showing up on comedy’s doorstep.

“When I first met him, he was so quiet and unfunny,” says “Little” Wendy Gauthier, who often played the role of Andy’s little sister onstage. “I couldn’t imagine what he did onstage. I couldn’t imagine him being funny or anything. And then when I saw what he did, I literally couldn’t talk to him. I was just so awestruck.”

So how is it that someone could just go ahead and change everything that had ever been stated about comedy? That is the magic of Kaufman. He opened the door for a lot of genres and a lot of different cultures. The influence he has left behind is significant, even when people don’t realize it. Andy had perfected the art of surrealism and reality T.V. 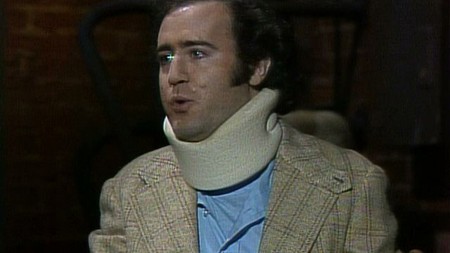 Kaufman was once invited onto a TV show called Fridays, which was ABC’S counterpart to Saturday Night Live, taped in California. He was invited to host the show, which he did, and then in the final sketch, he was to play stoned. Andy, so devout within the transcendental meditation world, which frowns upon the use of non-prescription drugs, says he is not going to take part in the sketch — on live T.V. What followed was the breakout of a live fight on national television. A few years later, on Late Night with David Letterman, Andy was sitting next to Jerry Lawler, the professional wrestler who gave him a pile-driver in a match months earlier, when again a fight broke out in front of the live studio audience who was unsure what to do or how to react.

Why would someone be so insistent on doing something like that? Was this someone who was constantly pushing buttons? Or was there a sort of art to what he was doing? Was he really just testing the boundaries, and making an artistic statement with everything he did? Was he a bully, or was he trying to say something, utilizing the vulnerability and the balanced medium that had become television?

Andy’s sister, Carol Kaufman-Kerman of Northbrook, believes there was something more to what Andy had done. “He was like a grass roots kind of guy. Like ‘things begin at the bottom.’ The more organic it can evolve from someone, like just coming from conversation, from a good laugh, that’d be the way he would get ideas.”

That is the art. Andy was the Internet long before the Internet was a thing. Andy was reality T.V. long before reality T.V. Andy had taken the concepts in his head and had allowed the world to view it, in a way that had never been viewed before. He left the mold for the world. It was up to the people to determine what they were going to do with it, and how they were going to use it. 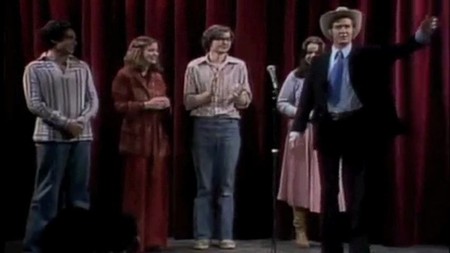 Whatever Andy’s intentions were, one thing is for certain — it was about fun. That’s what his entire life was about — having fun. When you watch Andy, you are reminded of the times in which you were a child and nothing else mattered to you but having fun. That is what remains as the truest and most important part of Andy.

So while there may never be a conclusion over the logistics of the impact that Andy left behind, everyone can sure as heck enjoy it. Thank you, Andy!