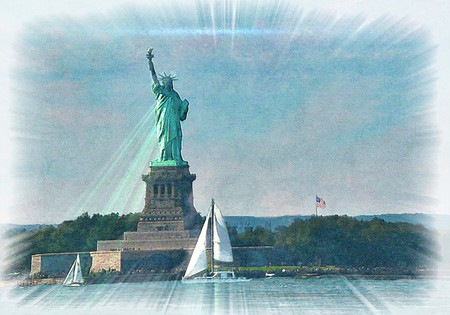 Although Franz Kafka never traveled to America during his short life, the young country was a source of perpetual fascination for the Czech writer, who longed for New York from afar.

Among Kafka’s favorite books was Benjamin Franklin’s autobiography, from which he was known to often read aloud among the company of friends in his native Prague, including Max Brod, who would become Kafka’s executor after the writer’s death in 1924. Kafka had asked Brod to burn his unpublished papers, something which Brod wisely refused. Among these works was Amerika, an unfinished novel undertaken between 1911 and 1914. Among his most visionary and perplexing works, this strange vision of America was published posthumously in 1927, and more recently by New Directions in a translation by Michael Hofmann. 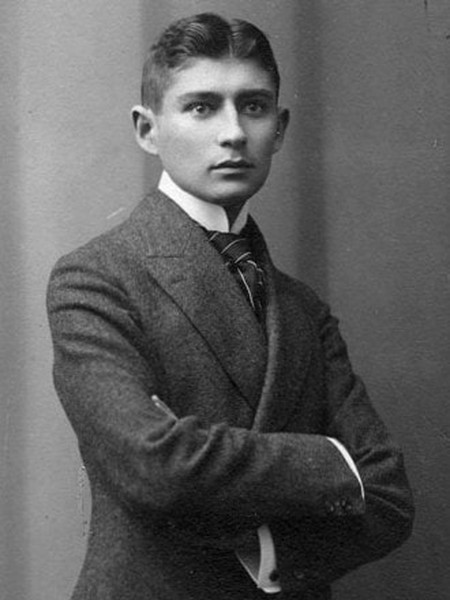 The novel, which begins with the short story “The Stoker,” concerns the 16-year-old Karl Rossman, forced to leave his family after a scandal involving a housemaid. In New York, he is taken in by a Senator who is secretly his uncle and wanders the streets of New York, where he meets two drifters who sell his belongings, leaving him destitute. In the novel’s final chapters, Karl visits the bizarre Nature Theater of Oklahoma, where he gets a job after journeying there by train. The novel ends abruptly with Karl marveling at the vastness of the valleys and taking the name “Negro” at his new place of employment. 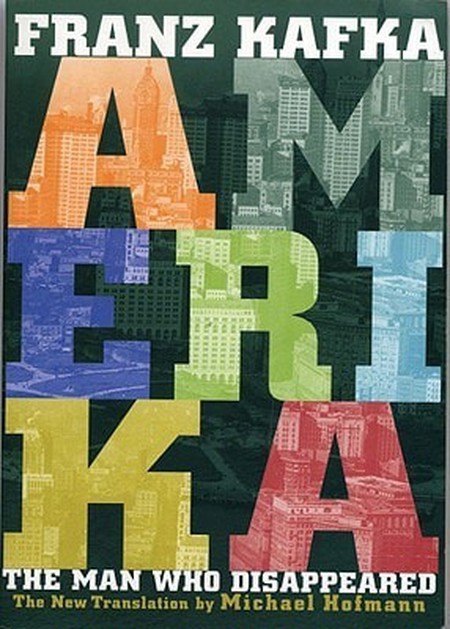 An oddball comedy written as a bildungsroman, Amerika (or The Man Who Disappeared) presents a New York that is not quite our own. The Statue of Liberty is described as holding a sword instead of a torch, and the court system is replaced with a tribunal staffed with omnipotent authority figures before whom the scorned must plead innocence. Taxis cruise the streets like hellish ferrymen, and trains and the bellows of ships are likewise demonic-seeming. The Midwest is a sprawling waste punctuated by surreal theaters.

It is likely that Kafka was partially inspired by the work of Charles Dickens, as he wrote in his diary that “My intention was, as I now see, to write a Dickens novel, enriched by the sharper lights which I took from our modern times, and by the pallid ones I would have found in my own interior.” Thus, Kafka’s “Dickens” novel internalizes the usual madcap adventures of the English novelist, transforming them into a guilt-ridden young man’s descent into a world beyond his understanding, in keeping with Kafka’s literary predisposition. 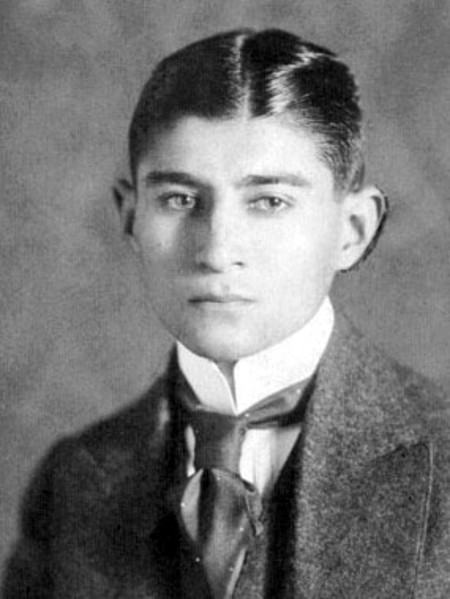 Kafka never journeyed farther from his native Prague than France and Italy—though there is evidence he might have visited Denmark—but his strange vision of America has proved one of his most fascinating and divisive works of fiction. The first chapter, in particular, is considered one of Kafka’s greatest pieces, with its mysterious ship’s stoker, with whom Karl experienced an inexplicable connection. Left unfinished, we are left to imagine what the protagonist learns in the Nature Theater of Oklahoma. But even with this cliffhanger, the novel has frequently been adapted—as a 2012 chamber opera, a 1966 BBC series, and a 1994 Czech film—and it plays a part in Federico Fellini’s Intervista, which features a fictional adaptation of this most beguiling and unusual vision of the United States.