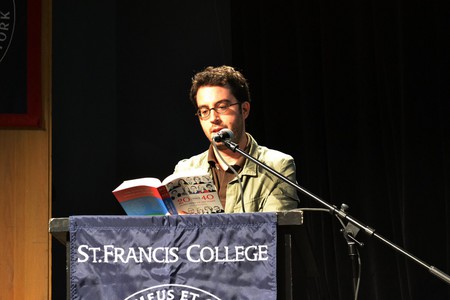 Showered with critical acclaim and best known for his works Everything is Illuminated and Extremely Loud and Incredibly Close, the modern writer Jonathan Safran Foer is making incredible leaps in contemporary literature and has quickly established himself as a memorable and eminent writer. With a unique visual writing style that consists of the impenitent utilization of photographs and various other typographical techniques to both depict his own messages as well as evoke a stronger interaction between his texts and his readers, Foer seems to be shattering the conservative nature of literature one written word at a time.

Jonathan Safran Foer was born in Washington, D.C. to Albert Foer and Esther Safran Foer, who were both children Holocaust survivors born in Poland. His upbringing as a Jewish-American, in addition to his family history, would go on to inspire his writing both in his educational endeavors and his literary career — in 1994, Foer traveled to Israel through the Bronfman youth fellowships. In 1995, Foer was studying philosophy at Princeton University and opted to take an introductory writing course taught by Joyce Carol Oates. Oates took a strong liking to the energy Foer’s writing seemed to emit from the page and subsequently served as the adviser for Foer’s thesis, as well as becoming his inspiration to consider pursuing writing seriously. 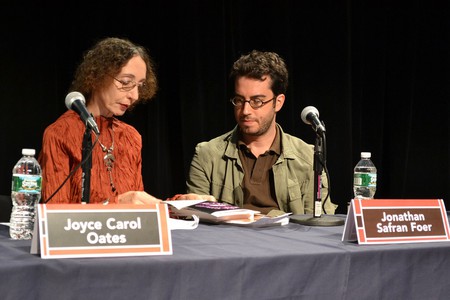 For Foer’s senior thesis, he decided to explore his family history, particularly that of the life of his maternal grandmother, Holocaust survivor Louis Safran. The thesis won a prestigious creative writing award within the institution, and, after attempting a brief stint at medical school, Foer dropped out to pursue a career in writing and traveled to Ukraine to expand the thesis into a novel. The composition would grow into his enthusiastically received 2002 novel, Everything is Illuminated.

Everything is Illuminated, which explores the very depths from which light can be derived from darkness as well as the various means one goes through in illuminating oneself, achieved acclaim most notably for the style and structure of Foer’s writing, as the novel switches between two autobiographical stories: a fictional history of his mother’s childhood hometown, Trachimbrod, and Foer’s own in-progress journey of discovering memories and familial histories and remains within the same town. Also celebrated was the sincere and innocent yet complex nature found within Foer’s character, Alexander “Alex” Perchov, who serves as Foer’s translator despite his English being anything but exceptional. The novel was acknowledged with numerous awards and was adapted into the 2005 film of the same name starring Elijah Wood as Foer. The film was well-received, despite its poor box office performance. 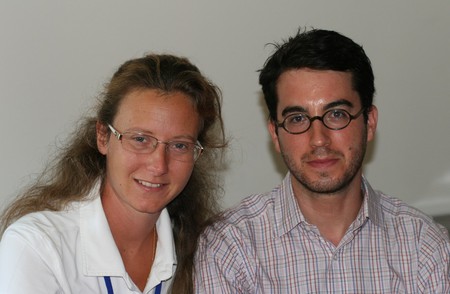 During the same year that the film adaption of his first novel debuted, Foer published his second popular novel, Extremely Loud and Incredibly Close. The work received both praise and disapproval from critics for Foer’s use of visual writing, including photographs of images connected to the various story lines and a 14-page flip-book of a man falling from one of the burning World Trade Center towers at the end. Though there are three first-person narrators, the novel centralizes around one in particular, a nine-year-old named Oskar who has just recently lost his father to the 9/11 attacks on the World Trade Center. After finding a key in an envelope marked “Black” tucked away in a vase within his father’s closet, Oskar embarks on a journey around New York City to find the mysterious owner of the key in hopes that his father has left something behind for him to find. With themes of existentialism, loss, self-preservation, trauma, and family, the novel became a popular and admired 9/11 subgenre book which uniquely recognized the tragedy of 9/11 through a New York native’s perspective. The novel seems to serve as a reminder to all readers, not just children or victims of a specific attack, that as humans we must confront our pain, suffering, and distress in order to manage and overcome it.

Critics seemed divided in their judgement of the novel, concerning again the visual writing as well as the emotional depth, or, what many thought, lack thereof. Many claimed the novel was ‘hollow’ and ‘overrated’ and featured a rather unsympathetic, yet too maturely intelligent, nine-year-old narrator and unnecessary pictures, while others commended the novel’s subject matter and impact of utilizing a child narrator to emphasize the long-term effects of trauma and the use of pictures to reflect a child’s mind. In 2011, the book was adapted into a film of the same name with well-known actors Tom Hanks and Sandra Bullock taking on the roles of Oskar’s parents. 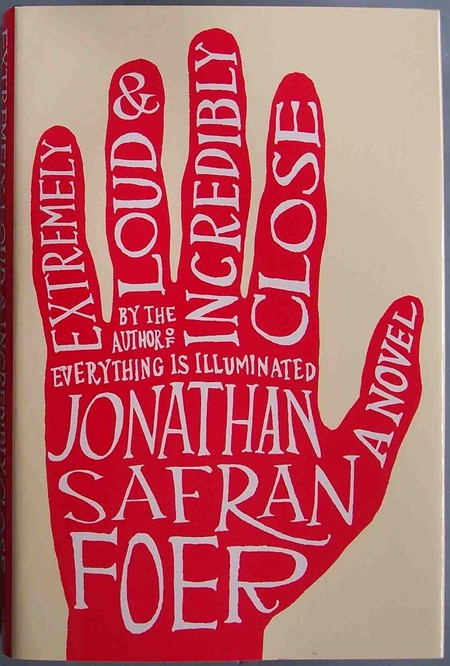 Foer published a third fiction novel titled Tree of Codes and is set to publish his fourth, Here I Am, in September 2016. In 2009, Foer, having been an on-and-off vegetarian since childhood, published a non-fiction book titled Eating Animals, in which he discusses the processes by which animals are slaughtered, the human relationship with food, and animal’s rights. Currently, Foer resides in Brooklyn and is a professor of creative writing at New York University.

Whether you’ve read his work already or wish to and whether you like his work or you don’t, Foer is an undeniably talented contemporary author who is unafraid to develop innovative literary techniques and unafraid to take concepts and happenings from the world around him. In his novel Extremely Loud and Incredibly Close, one of Foer’s characters exclaims, ‘Sometimes I can hear my bones straining under the weight of all the lives I’m not living.’ Those who have not yet read the works of Foer must hear similar noises within their ears for missing out on the lives of memorable and incredible characters and stories they have yet to read. 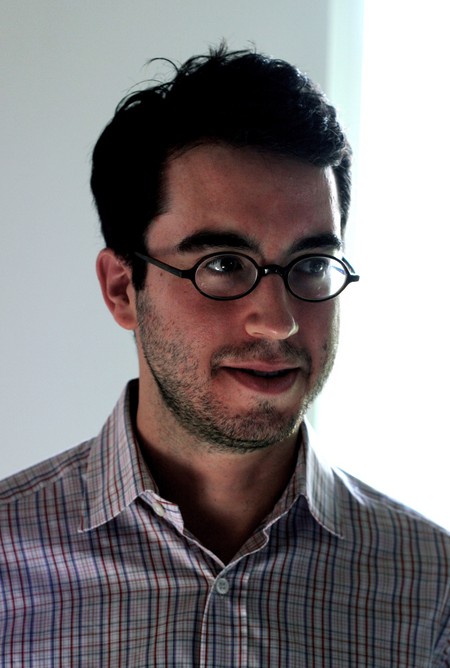