J.D. Salinger is an indisputable literary great whose influence remains pervasive, despite the fact that he only published one novel. That novel was The Catcher in the Rye, an indelible depiction of adolescent isolation and rebellion, which, as Vincent Wood writes, remains vital over fifty years after it was first published.

Born Jerome David Salinger on New Year’s Day 1919, Salinger was of Scottish, German and Irish descent whilst his father was Jewish. Raised in Manhattan, Salinger enrolled in various extracurricular activities whilst in high school including drama and writing for the school newspaper. By 1936 he had started at New York University with the intention of studying ‘Special Education’ but later dropped out. His father then pushed him to learn about the meat importing industry, and because of this a young Jerome went to work for a company in Vienna, Austria. Salinger returned home only a month before Austria was annexed by Nazi Germany in 1938.
The following autumn, after leaving Austria, Salinger attended Ursinus College in Pennsylvania where he started writing a column titled ‘Skipped Diploma’. After just one semester Salinger, yet again, dropped out. In 1939 he attended a writing course, at Columbia University, which was run by Whit Burnett, the long time editor of Story magazine. 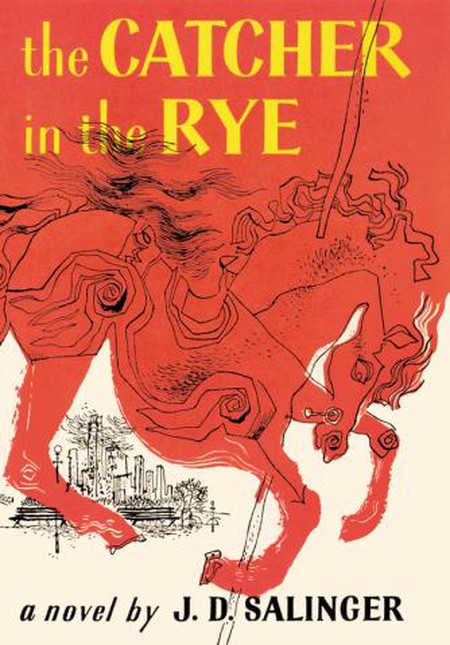 It was Burnett who picked up on Salinger’s talent for writing stories, telling him that his prose was skilful and accomplished. Through this course and the support of Burnett Salinger had his short story, ‘The Young Folks’, accepted for publication in Story in 1940. Burnett thus became a mentor to Salinger, and they corresponded for many years.
In 1941 Salinger started submitting stories to The New Yorker. Despite seven rejections he persisted until, in December of that year, it accepted a short story of his called ‘Slight Rebellion off Madison’. This was a Manhattan set story about a disaffected teenager named Holden Caulfield who suffers from pre war jitters. That same month Japan carried out its attack on Pearl Harbor and the story was rendered ‘unpublishable’, although it eventually appeared in the publication after the war in 1946.

In the spring of 1942 Salinger was drafted into the US army where he saw action in World War Two. During his service Salinger arranged to meet with Ernest Hemingway, a writer who had heavily influenced him and was working as a war correspondent in Paris. Salinger was impressed by Hemingway when they met, and the feeling was mutual with Hemingway commenting: ‘Jesus, he has a helluva talent’.
After the war Salinger signed up for ‘Denazification’ duty in Germany. During this time he met Sylvia Welter whom he married and took back to the United States, although the marriage only lasted eight months. By 1946 Whit Burnett had agreed to help Salinger publish a collection of short stories through Story Press’ Lippincott Imprint. Burnett implied to Salinger that the book would be published and even managed to negotiate a $1,000 dollar advance on its sale. Lippincott eventually overruled Burnett and rejected the book, leading to the end of their friendship.

Throughout the 1940’s Salinger confided in several people that he had been working on a novel featuring the protagonist Holden Caulfield, the teenage character that he had introduced in ‘Slight Rebellion off Madison’. By 1951 The Catcher in the Rye was to be published by Little, Brown and Company. It was this novel that was to give Salinger his place in the annals of history.
The Catcher in the Rye follows sixteen year old Holden Caulfield after his expulsion from an elite prep school. The narrator is an insightful, if somewhat unreliable, character who uses casual expletives and tales of sexual fantasy to expound on the points of loyalty, ‘phonies’ and his own duplicity. To this day the book remains the prime example of adolescent isolation and alienation and has exceeded sales of over ten million worldwide. Because of its content and subject matter, the novel is highly controversial and has even been banned in several countries.
The popularity of The Catcher in the Rye brought Salinger unwanted attention, and he became reclusive in order to avoid publicity. Salinger was fiercely protective of his work and spent the remainder of his life fighting legal battles to stop unauthorised sequels and adaptations of it as well as denying the rights to any film makers. Salinger died of natural causes in January 2010 at the age of 91. He is still considered a cultural icon and The Catcher in the Rye continues to transcend generations in its enduring appeal.
Watch a Video Tribute to J.D. Salinger: