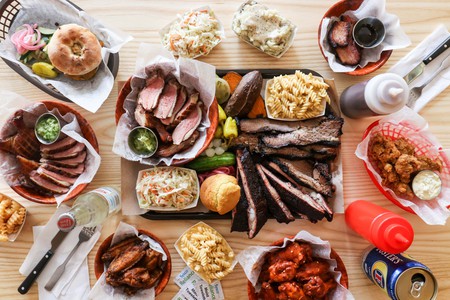 Randall's Barbecue is all about community | © Molly Tavoletti

Pitmaster Jared Male pays homage to the culinary history of Manhattan’s Lower East Side with his community-driven menu at Randall’s Barbecue.

Jared Male didn’t expect to fall in love with barbecue. The owner and chef behind Randall’s Barbecue, a new dining spot on New York’s Lower East Side, simply fell into it when he took a job at barbecue stalwart Hill Country.

“I really liked the work,” says Male, who has a culinary-management degree from the Institute of Culinary Education. “I think it goes back to the whole boys-like-to-play-with-fire thing. It was just fun, so I stuck with it.” 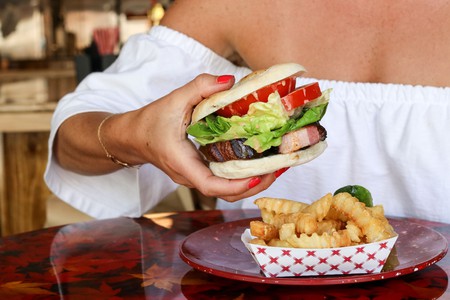 At Randall’s, Male blends New England-style seafood with barbecue, drawing inspiration from New York City’s culinary landscape. In particular, he’s influenced by the Lower East Side, which is home to such venerable establishments as Russ & Daughter’s, Yonah Schimmel’s and Katz’s Delicatessen, and has Chinatown right next door. That confluence of cuisine is evident on Randall’s menu: hearty pucks of New England clam cakes are set alongside thick slabs of Chinese-style five-spice duck, and pastrami sandwiches brimming with smoked chopped chicken liver and coleslaw are served on a bialy (a type of bread roll that is popular among Jewish communities).

“New York is known for Jewish delis and great Chinese food,” Male says. “It’s a bit of an homage to the culinary scene that I grew up experiencing.”

When Male devised Randall’s culinary program, he was committed to showcasing Lower East Side businesses on the menu. He partnered with The Pickle Guys, who provide Randall’s with pickles, and all his breads come from Kossar’s, a decades-old bagel and bialy bakery next door. 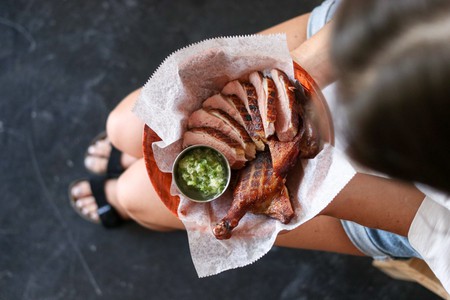 “I love the Lower East Side,” Male says. “It’s the last real foothold of old New York. It still has that identity of being a melting pot, in terms of all the different types of cultures you find down here. There’s so much character left that you don’t find in other neighborhoods of Manhattan anymore.”

Male hopes Randall’s will contribute a different kind of culinary experience to the Lower East Side – an area with strong Jewish roots – and to the city as a whole. While it has a light sprinkling of barbecue restaurants, New York is hardly a bona fide barbecue destination when compared to places like Austin, Texas, and Kansas City, Missouri. However, Male finds that this actually gives him an advantage as a pitmaster.

“I have the freedom to take more liberties and [I] experiment more than other more well-known regions of barbecue can,” he says. “It gives us freedom to have a bit more fun.” 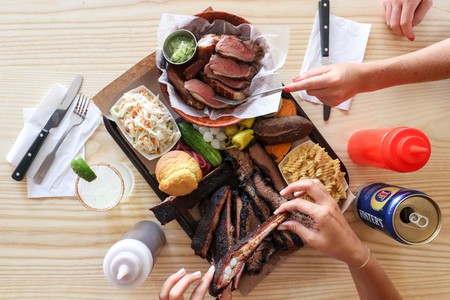 The restaurant isn’t Male’s first foray into the barbecue trade. He’s an industry veteran, having worked at Hill Country and Dinosaur Bar-B-Que in New York, and as the pitmaster at the Big Easy in London.

“I’m very much grounded in barbecue, but I’m trying to express my own experiences with cuisine through [that medium],” Male says. “I’m doing smoked pastrami, smoked chopped chicken livers. Those are the things I grew up eating in the suburbs of New York. I’m having fun with it.”

The menu is split into four categories: appetizers, barbecue, sandwiches and sides. Appetizers range from sticky buffalo wings to smokehouse bacon. Barbecue is served by the weight, studded with classics like tender brisket and spare ribs, presented on brown paper-topped trays. All of the sandwiches overflow with hunks of barbecue (plus one vegetarian option: smoked portobellos), built on bialys and slipped into red plastic baskets. Sides run the gamut from soft rounds of cornbread to mac and cheese to Israeli salad. 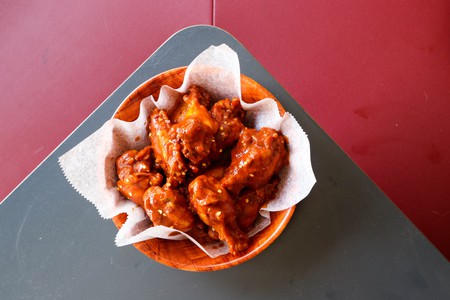 Put simply, Male wants to serve New Yorkers the food he’s passionate about. “I fell in love with the fact that [barbecue] is something I could spend all day outdoors doing. Just watching the fire, hang[ing] out with my friends, drinking some beers,” he says. “It just felt good.”