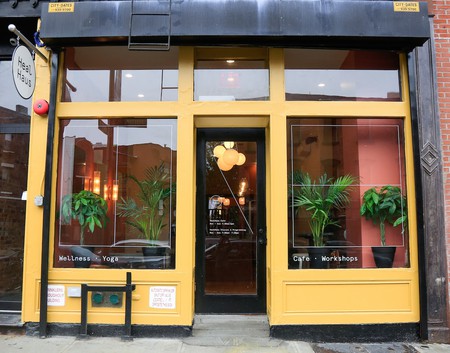 An inclusive new wellness space in Clinton Hill hopes to serve a demographic of New Yorkers previously overlooked by the industry—men.

Mere days from the official opening of HealHaus, business partners and long-time friends Darian Hall and Elisa Shankle were vibrating with excitement. Final installations and finishing touches were underway, and the pair had high hopes for their new community healing concept.

“We’re trying to promote this idea that health and wellness isn’t about this one box,” explained Shankle, an interior designer by trade. “It can just be cool and modern. It can feel warming and inviting […] we’re trying to get newcomers in to be like, this is the crossover between mainstream and healing, and it doesn’t have to be something you don’t feel you can be a part of.”

To ease newbies into this world—and hopefully coax them into exploring other aspects of wellness—the front of the building has been turned into a caffeine-free café selling matcha, medicinal herbal libations, and vegan/gluten-free baked goods. Through the adjoining doors is the yoga and meditation space, which will play host to a program of events, panels and workshops in the evenings—think breathwork, reiki circles, and sound baths—and during the summer, a yoga shala in the backyard will accommodate al fresco classes and tea ceremonies. 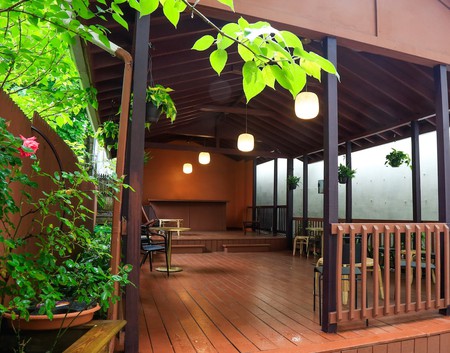 Down in the basement, private appointment rooms provide an opportunity to go further still. Clients can book one-on-one sessions with practitioners, many plucked from Shankle’s circle of trusted healers and experts: “HealHaus is about bringing all kinds of modalities under one roof. So you can come here and experience all the different ways that you can access healing of mind, body and spirit,” she explained.

One underserved demographic they are hoping to reach and support is the average New York male. It’s a mission that came to Hall as a result of meeting his biological father for the first time at 36 years of age. After sharing his journey on social media, other men in his circle began seeking him out at the bar to share their own thoughts, feelings, and experiences.

“They were just kind of venting, and I realized there’s something here,” he said. “Why don’t we have these spaces that are not only accessible and inviting to women, but also to guys who are not necessarily from the wellness world, but would be open to this stuff if it was with people that reflected them, in a cool and inviting space.” 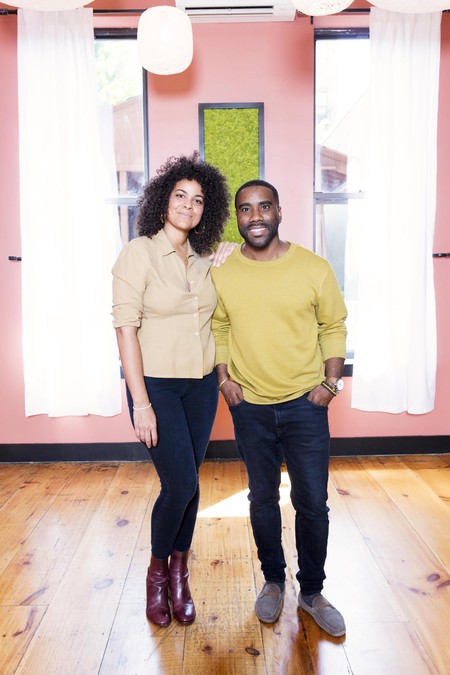 To develop the idea of HealHaus and bring it to life, he enlisted Shankle—an old friend who happened to be going through her own transformative experience after the death of her brother.

“In that moment it was like—I can either choose to go down the rabbit hole and lose myself completely, or I can really work on how I deal with this trauma in a way where I’m gonna really see the blessings out of it and have it push me forward,” she said.

HealHaus, which opened in May 2018, is a place built with purpose and passion, and you can feel that energy as soon as you step through the door. In the future, the pair hope to expand to other cities across America and take their community on retreats to little-known global destinations—but for now, their focus is simply to help Brooklyn folk live more vulnerably, authentically, and healthily.