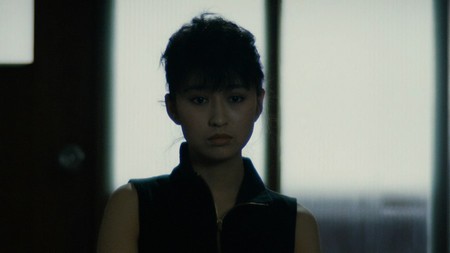 Hou Hsiao-hsien’s gorgeous tale of a girl with a gangster crush—now at the Quad in New York City—poeticizes the neon-lit Taiwanese capital of the 1980s.

Time is a self-refracting prism in Daughter of the Nile, the beautifully restored 1987 film by the Taiwanese master Hou. Compressing good times and bad times and making both fit for nostalgic reflection, the film is also hauntological. That is, its daydreaming young heroine is conceivably a remember of things that will never be, as well as of things past. It could be she imagines the terrible ends dealt two men in her life, one a blood relation. 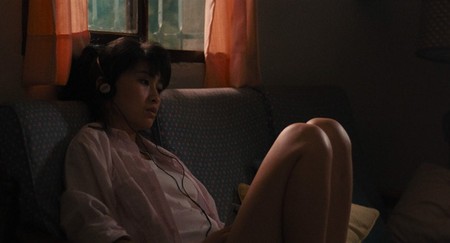 Bored and resigned when she’s not partying, Lin Hsiao-yang (played by the pop singer Lin Yang) is an apparently volatile 20 year old with a moody beauty that makes her look older. She lives with her older gangster-restaurateur brother Lin Hsiao-fang (Jack Kao) and their thieving grade-school sister, and she works uncomplainingly at a Kentucky Fried Chicken to keep the family together. Their feckless dad, a cop, lives in another town but drops in when the fancy takes him, as does the kids’ crusty grandpa (played by Hou favorite Chu Tien-wen); their mother died painfully of cancer at home. Another older brother was killed in a car crash. 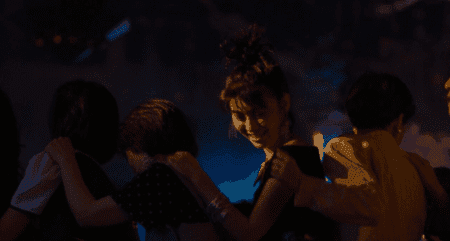 Hsiao-yang attends a night school with other kids who were disruptive in school and socializes with them, including the bespectacled Chubby, whom Hsiao-yang teases for wearing “Madonna earrings.” The kids give their wryly socially conscious teacher a hard time but dread him leaving. Hsiao-yang also fears the break up of the group, mentioning that two of the friends are on the verge of departing. The film gives a sense of how she will look back on their time together with melancholy affection. 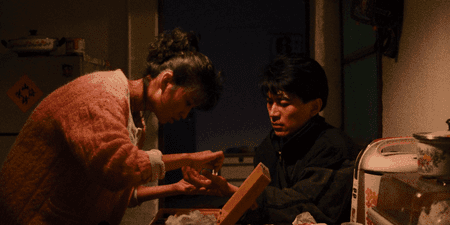 The same applies to her unspoken crush on Ah-san (Fan Yang), a violent, baby-faced associate of Lin Hsiao-fang, who paid for the former hood to come home from America when he went on an ill-fated jaunt there. Though Ah-san lends Hsiao-yang his Jeep and gives her a birthday present, he has not noticed her as a woman.

Taipei—noirishly neon-lit at night and ripe for nostalgification—is all that Hsiao-yang knows, and it’s little wonder that she daydreams given her circumscribed life and the mood of generational aimlessness. She identifies herself with Carol, an idealized young American spirited back to Egypt in the shōjo manga Crest of the Royal Family, and Ah-san with the pharoah Memphis, Carol’s handsome lover who is destined to die at 22. Since Hsiao-yang is hooked on American pop (and Taipei is colonized by it), it’s inevitable we should hear “Walk Like an Egyptian” on the soundtrack. Also played is “Big Spender”, which has ominous resonances for Ah-san, who is recklessly having a clandestine love affair with another gangster’s woman. 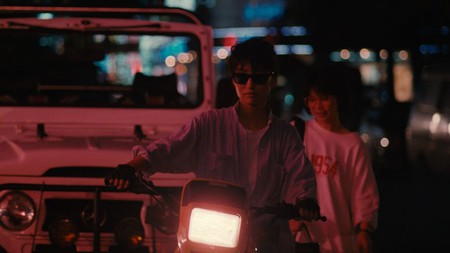 Many of the compositions are static—the movement confined to the people in the frame—and the shots of them are often long-held. They show the influence on Hou of Yasujiro Ozu’s meditative cinema, especially in the filming of domestic scenes. Early on, Hou splits a number of shots so that half the frame is obscured in black, as if to say we live half our lives in darkness. His observation of the fading, if garish, Taipei of the 1980s through the eyes of an as-yet-unformed young woman who has suffered tragedy and expects to suffer more endows the film with special poignancy.

Though Daughter of the Nile looks forward to Hou’s Millennium Mambo (2001), its true analogues are Edward Yang’s Taipei Story (1985), A Brighter Summer Day (1991), Wong Kar-wai’s As Tears Go By (1988) and Days of Being Wild (1990). Collectively, they’re films that make one wonder if the days of our youth are only the days of our glory because, recollected in tranquillity, the pain they elicited was bittersweet.

Daughter of the Nile is screening at the Quad in New York.