Don DeLillo has emerged as one of the most celebrated American authors of the late 20th century, with a canon of work which persistently deconstructs the foibles and failures of contemporary American society. Lindsay Parnell looks at how DeLillo’s thematic obsessions – academia, the media and the breakdown of the family – structure his best work. 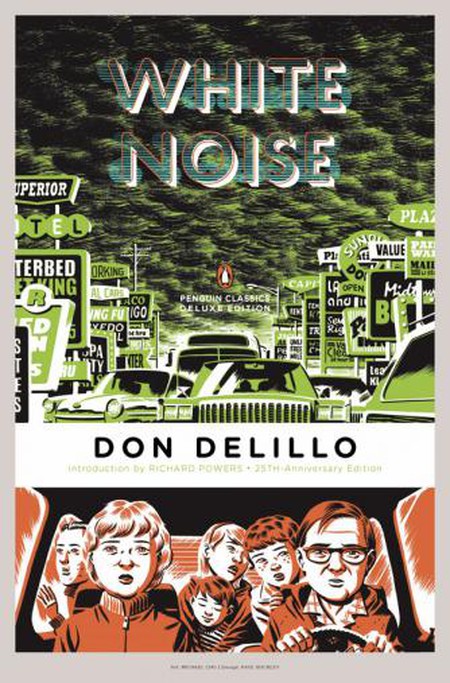 Born and bred in the Bronx, Don DeLillo is the son of Italian immigrants who settled in the New York borough in the 1920s. After completing his BA at Fordham University, DeLillo worked as a copywriter during his early twenties, although he was eager to become a writer. After his first short story was published in Cornell University’s literary magazine in 1964, DeLillo abandoned his advertising job to pursue a full-time literary career. His first decade as a professional writer in the 1970s was highly successful, earning him a devout audience who followed his work closely. A hyper productive eight-year period beginning in 1971 saw the publication of his debut novel, Americana, followed by five additional titles: End Zone, Great Jones Street, Ratner’s Star, Players and Running Dog in 1978. In 1978, DeLillo was also the recipient of the highly acclaimed Guggenheim fellowship that would finance his work during the following years.

1985 saw the release of DeLillo’s White Noise, a novel that allowed him the rare privilege of gaining mainstream commercial successes and critical recognition. This was a major breakthrough for the author, and it earned DeLillo a National Book Award for Fiction. White Noise tells the story of college professor Jack Gladney—famous for pioneering ‘Hitler Studies’ at a small American Mid-Western university. The first part of the book serves as an extensive introduction to Gladney’s obsession with mortality and crippling fear of death. Gladney’s story quickly unravels, as a toxic chemical spill forces the character to re-evaluate his domestic life and face the possibility of death – all the while presenting a witty satire of the pretentions of academia. White Noise would also reintroduce the writer’s initial political preoccupations over America’s obsession with mindless consumption and fascination with the mass media. DeLillo’s most commended novel, Underworld (1977), thus reiterated, but more articulately so, his earlier preoccupations: ridiculing academia, illustrating the decomposition of the contemporary nuclear family and exposing the American media’s manipulation. DeLillo’s acclaimed novel is a fictional history of the Cold War that earned its author a multitude of awards, and most notably a second Pulitzer Prize for fiction. DeLillo’s stories would continue to act as strategically placed mirrors of the American society, but never as boldly as in 2003’s Cosmopolis – a novel set to the backdrop of America’s financial implosion and economic crisis. In fact, the novel caught the attention of filmmaker David Cronenberg and was adapted for the screen in 2012, starring Robert Pattinson.

DeLillo’s most recent novel Point Omega (2010) is a conceptual narrative blending science and poetry. Much like Point Omega, DeLillo’s impressive body of work features genre-bending narratives touching science fiction, political and cultural critique, and apocalyptic ideas. The writer has been loosely associated with literary virtuosos such as Phillip Roth, Paul Auster or Cormac McCarthy – and rightfully so. In addition to his fifteen novels, DeLillo is also the author of widely anthologised short stories, stage plays and essays. No matter what structure or genre his work takes, DeLillo’s social and political impulses will undoubtedly remain his driving literary force.
Watch a Panel Discussion with Don Delillo: