Corruption In Gotham: Frank Serpico And The Knapp Commission

© John Fekner, 1980 | Donated to Wikipedia project by the artist
In the 1970s, New York City grappled with a rapidly rising crime rate as thick as the smog that hovered above its majestic skyline. Vice offenses like gambling and prostitution, run by organized crime and small-time players alike, turned whole city blocks and neighborhoods into total fear zones. Residents from Harlem to the Lower East Side lobbed complaints to police and city officials, often to no avail. And, with a fiercely growing narcotics trade that featured cheap and easily-obtained substances like heroin, New York City was becoming a crime-riddled town straight out of a dime-store novel. This is a closer look at the story of Officer Frank Serpico and the Knapp Commission.

In his book, The Encyclopedia of Police Science, Jack R. Greene writes, ‘New York City was enduring an increase in the illegal street narcotics trade (mainly of heroin) that led to new opportunities for corruption.’ Criminals conducted business with impunity, and many times in full view of the police. New Yorkers suspected that many of the city’s finest were ‘on the take,’ and frighteningly their suspicions were correct. Corruption within the New York City police ranks became as structured as the department itself. Euphemistic terms were created to define police misconduct, which separated such officers into two groups: meat-eaters, those who dedicated their entire shifts to illicit activities, and grass-eaters, officers who excepted low-level bribes, from free coffee to money to stay in other officers’ good graces. 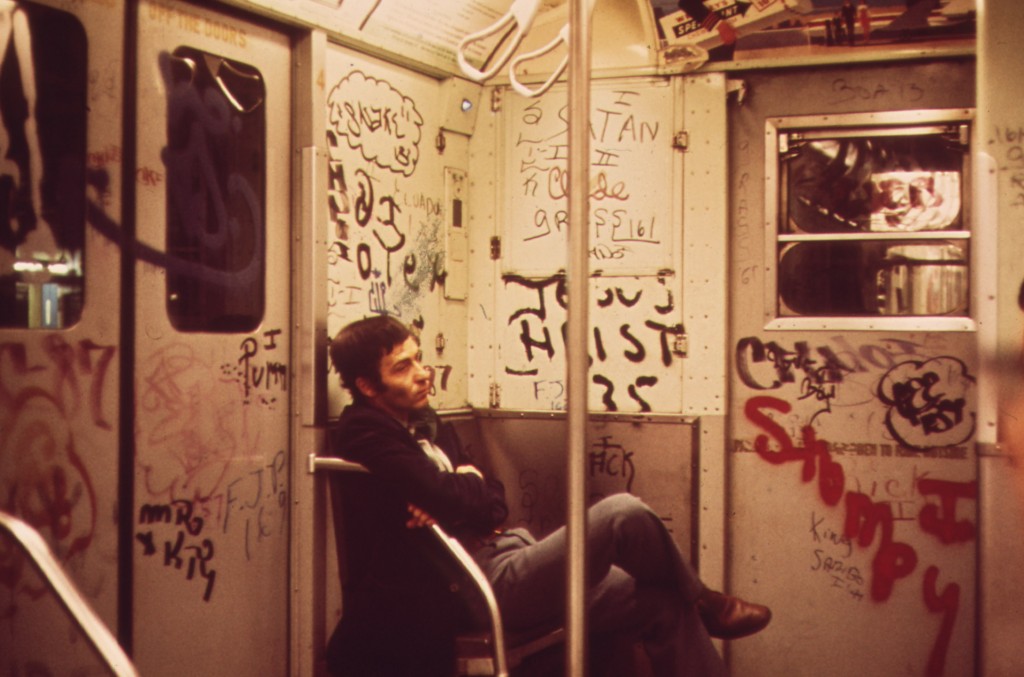 To be ‘on the pad’ meant that a criminal was eligible for ‘protection’ by the police by offering monthly bribes to corruption officers. For small-time criminals this entailed protection from organized crime figures, and for mobsters these bribes secured avoidance of prosecution, Further, to keep up appearances, the police would often conduct ‘show’ arrests to keep city officials and department brass unaware of their sideline activities. Michael Armstrong, in his book They Wished They Were Honest writes, ‘Organized crime figures seemed to operate without being bothered very much, and a narcotics trade, then in its adolescence, was maturing with only sporadic interference from the police.’ 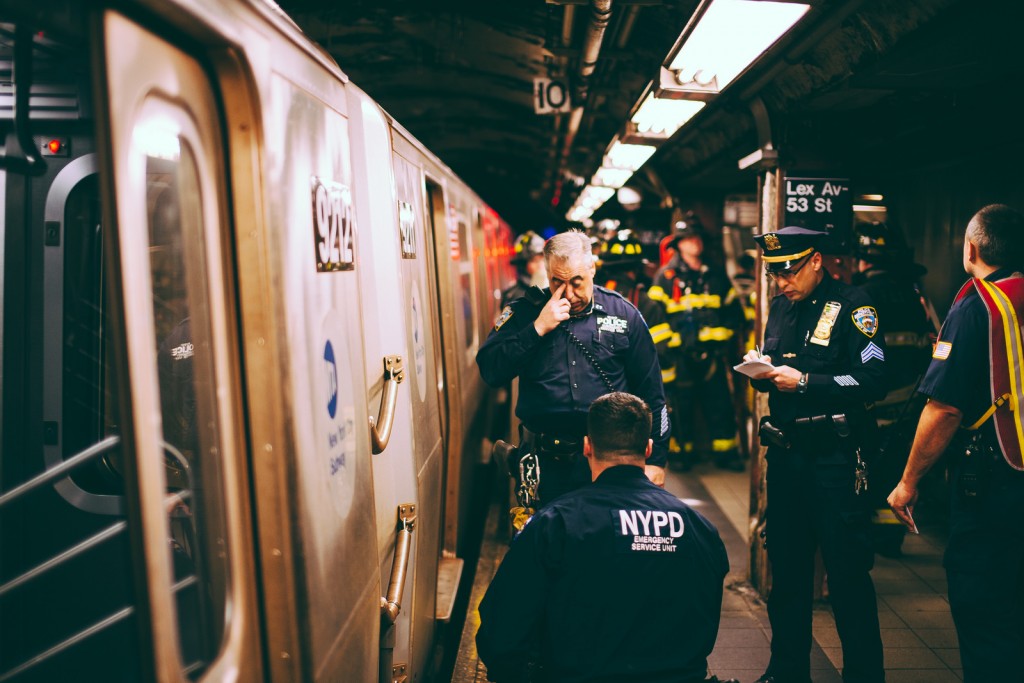 For the then New York City Mayor, John V. Lindsay, deafening complaints to City Hall were growing to a volume too loud to ignore. With these complaints, came a scathing exposé written by David Burnham of The New York Times, which not only sought to shed light on the corruption within the police department, but insinuated that city officials, including Lindsay, deliberately looked the other way. A large portion of Burnham’s information came from a source from within the department. A young, idealistic officer named Frank Serpico, along with friend and fellow officer David Durk, grew disgusted by the bribery and illicit activity they witnessed, at both the patrolmen and detective levels, and agreed to several interviews with the Times. And Mayor Lindsay, who made no secret of his aspirations to someday run for the White House, knew he had to do something.

Mayor John Lindsay formed a panel to investigate the now-widespread allegation of corruption within the police department. The committee became known as the Knapp Commission, dubbed so after its chairman, Judge Whitman Knapp. Knapp was the perfect choice to make the commission look like more than just a ‘political showpiece.’ The judge was a one-time prosecutor with the Manhattan District Attorney’s Office, which not only lent legitimacy to the endeavor, but offered the commission a unique law enforcement perspective. The committee was made up of several city officials, including the police commissioner himself. 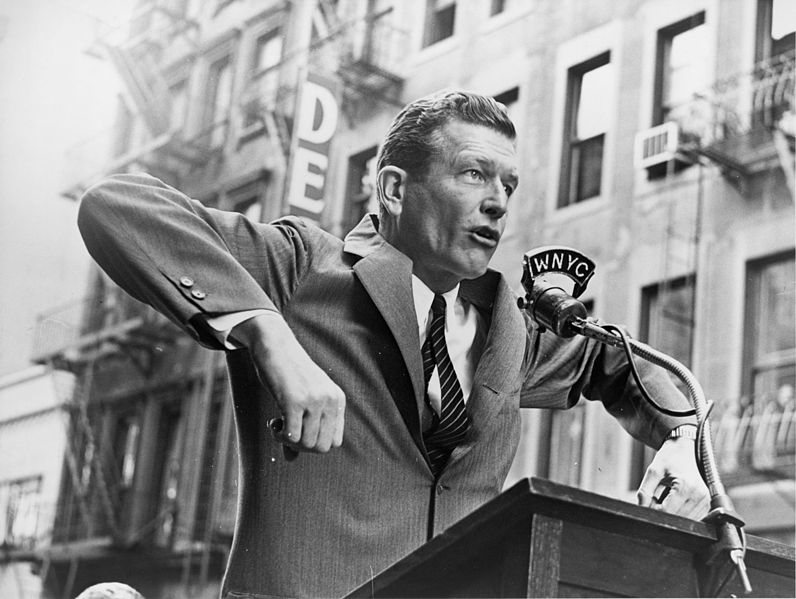 John Lindsey speaking at a rally in New York | Photo by World Telegram and The Sun staff photographer, Walter Albertin/Wikicommons

Yet the commission knew that its task, to investigate a tight-knit brotherhood of police officers, would not be an easy one. Though they had nearly 1,700 citizen complaints by the time the commission convened, the most credible evidence would have to come from inside the department. That evidence would come primarily from officers Frank Serpico and David Durk and, despite being gravely wounded during a drug raid prior to the hearings, Serpico agreed to testify. 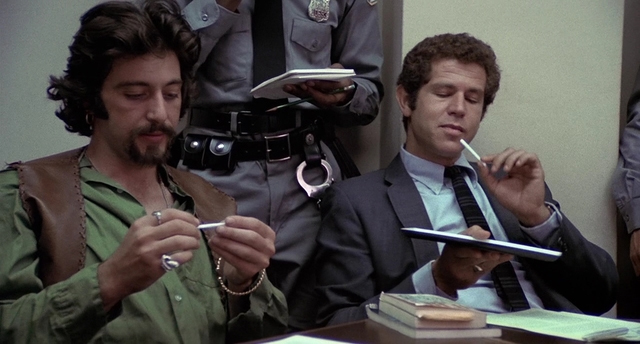 The Knapp Commission also caught a break when, during the investigation into police misconduct, Officer William Phillips, a Manhattan patrolman, was witnessed taking a bribe from Xaviera Hollander who ran a brothel on the Upper East Side. Phillips agreed to testify before the commission to avoid prosecution. Yet perhaps the most damning evidence came from Frank Serpico, who said, ‘Ten percent of the cops in New York City are absolutely corrupt, ten percent are absolutely honest, and the other eighty percent – they wish they were honest.’

Dean J. Champion, author of Police Misconduct in America writes, ‘Numerous indictments and convictions of police officers occurred on the heels of the Knapp Commission’s activities and recommendations.’ These recommendations spurred widespread reform within the department, and helped restore the department’s nickname – ‘New York City’s Finest’ – by assigning a special prosecutor (from outside the department) to investigate police corruption, re-organizing the Internal Affairs Division, as well as command-level responsibility for corrupt officers.