Chinatowns all over the globe boast myriad baked goods and cakes that are a feast for the eyes and stomach. Our unfamiliar palates may feel somewhere between intrigued and overwhelmed, but decoding a Chinese bakery’s menu proves as satisfying as biting into dan ta (egg tart) with some cultural dabbling. 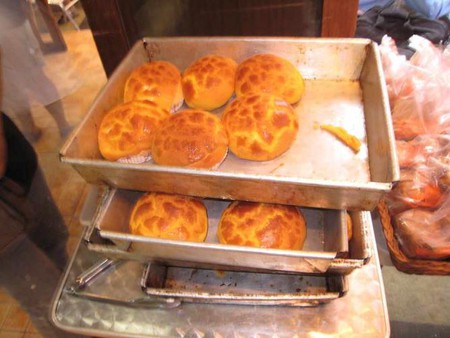 In Manhattan’s Chinatown, there’s only one thing above ‘weird fish smell’ on your list of your ‘things to ignore’: tourists. There’s usually one place to find them, crowding any bakery serving up every Chinese, Cantonese, and Taiwanese baked good imaginable. For all their inauthenticity, these tourists are in for some superbly authentic treats. 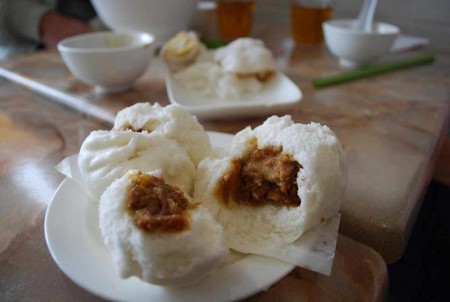 The philosophy behind Chinese baked goods holds true whether in New York or across the Pacific: freshness above all else. A red bean bun, for example, that’s been sitting out for hours would pale in taste and texture next to a freshly baked one from a lesser bakery. Some of the most renowned pastries emerged from a conglomeration of cultural and regional influences — most notably, the introduction of the Western oven — and almost everything is baked or steamed. You’ll find plays on rice and taro, pastes like red bean and sesame, and savory buns reminiscent of a giant, ridiculous dumpling. Rather than the butter-and-sugar bombs from your favorite patisserie, Chinese buns and cakes, rarely fried or finished with icing, opt for a lighter texture paired with milky creaminess.

The following details some of these popular baked goods — some savory, some sweet, all unique and all scrumptious. 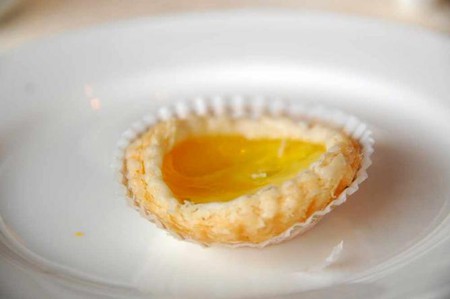 First up, the quintessential Hong Kong bakery gem, the golden pineapple bun (菠萝包), is culinary meets karats. Its crunchy, almond cookie-esque hat resembles a turtle shell the color of sunshine and gives this bun its name — there’s none of the spiky fruit in the bun itself. Its texture is that of a flaky, just-baked dinner roll. The Hong Kong government in 2014 declared the pineapple bun as one of its 480 items of living heritage.

A beloved savory option, roast pork buns (叉烧包) — known as cha shao bao — elevate one of the most delicious preparations of meat to its most tantalizing form. Cha shao is pork roasted for hours on a spit and glazed liberally with a glossy, mapley, flavor-bomb of a sauce to seal its juices. Now, envision it encased in a baked or steamed dough shell so fine yet dense that it could pass as brioche. To spare yourself, just eat one of these, stat. Those served at Mei Li Wah’s are legendary. 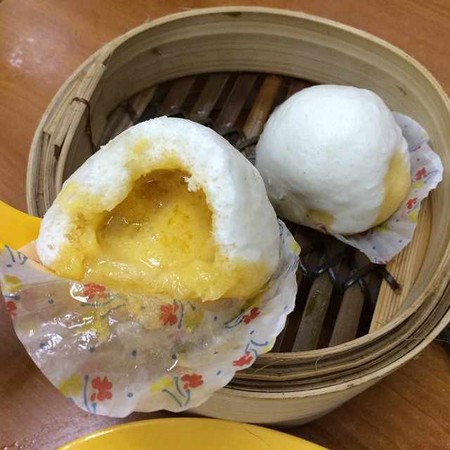 No list of must-try Chinese baked goods would be complete without egg tarts, 蛋挞. Flaky, buttery, eggy, plus a hint of sweet, together seamlessly in one unassuming package, these are tiny and delicious enough to eat seven at a time without realizing it. Always sold in single-servings, dan ta are silky-smooth and tender, with an ever-so-slightly wiggly, semi-rich interior hugged by a pie crust border. They’re comforting and addictive, especially at Lung Moon Bakery.

The most distinct of any on this list, salted egg yolk buns (流沙包), are the more umami, funkier cousins of the egg custard bun (奶黄包). They bring ‘sweet and salty’ to its most flavorful height. A rich, eggy flavor coupled with a gritty texture brings to mind another well-loved Chinese delicacy, the salted duck egg; the milder bun version preserves all the intrigue and complexity of its egg counterpart. Try one or five of Golden Steamer’s — no one’s counting (or judging). 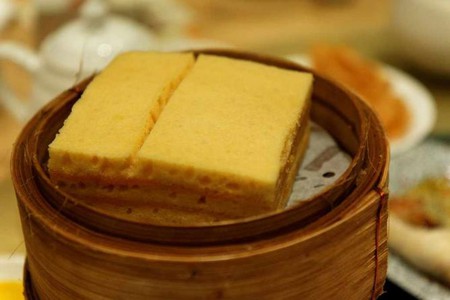 Next, Hong Kong sponge cakes (烤鸡蛋糕): it’s hard to believe the impossibly fluffy, almost bubbly texture of this Cantonese favorite when first sinking your teeth into something so flawless. Check out New Kam Hing to experience this for a mere 75 cents. Imagine the airiest waffle interior, transplanted into cake form, paired with the taste of dan ta filling and a hint of vanilla. Next, imagine eating it. Now we’re getting somewhere.

Among this list’s most thought-provoking items is a freshly steamed pumpkin bun (南瓜馒头). Pillowy and simultaneously dense, it features pumpkin that is anything but a spice-laced pie filling. It’s a tame, purer squash the texture of buttery mashed potatoes. This bun strikes a beautiful balance of rich but not heavy, sweet but not cloying, and light at first before a gooey, heady interior. Golden Steamer’s version should be considered for an appearance at your next Thanksgiving spread. 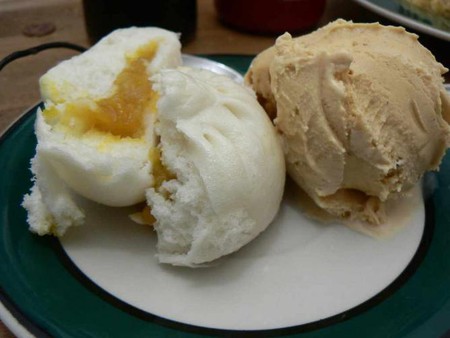 Last, but never least, another savory winner on this list are 肉松包, or pork floss buns, which are deceptively unappetizing at first glance (“are you really asking me to eat cotton meat fuzz?”). But once you get over that, pork floss is essentially salty cotton candy — and those who don’t like cotton candy are not to be trusted — these strangely enticing clumps of fluffy jerky dissolve on the tongue in a wave of sweet, salty, and porky. Rou song bao complements anything starchy and pairs especially well with the same dough used for cha shao buns. 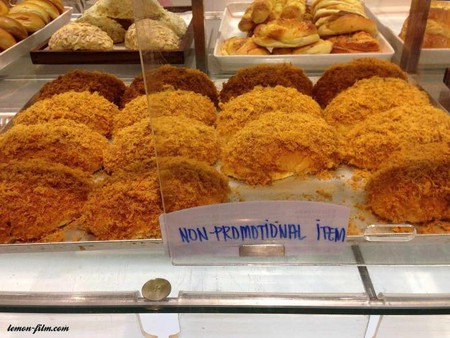