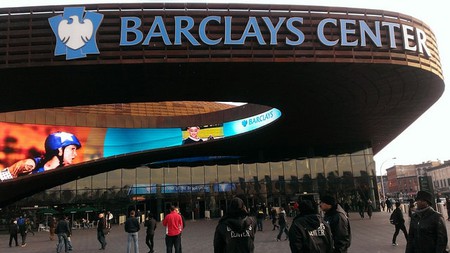 Getting into a sporting venue can be as frustrating and time-consuming as boarding a flight these days. But stadia like the Barclays Center in New York are borrowing technology previously seen in airports to speed up security.

Sadly, but necessarily, security has become a major part of attending a sporting event. But by bringing TSA Pre✓ into venues, it’s hoped the hassle will be reduced for die-hard fans. IdentoGO by IDEMIA, the company that provides TSA Pre✓to U.S. airports, recently announced a partnership with Brooklyn Sports & Entertainment to provide fast pass entrances at the Barclays Center, which is home to the NHL’s New York Islanders and the NBA’s Brooklyn Nets. The two companies will also work together in the future for security enhancements at the stadium.

“Stadium and arena security are important to all of our communities. Our value-added solutions will offer enhancements to both security as well as fan experience at these types of venues,” Ed Casey, chief executive officer of IDEMIA Identity & Security USA, said in a statement. “We look forward to making sure all of the fans attending events at the venue and in the surrounding community enroll in the TSA Pre✓ program to take advantage of its benefits—both at the Barclays Center and at 200 airports around the U.S.”

IdentoGO asks fans to provide the same kind of information they would for TSA Pre✓, including finger and facial biometrics, and permission for a background check.

Security is just one area where sports arenas are embracing technology. The new Tottenham Hotspur stadium in London is expected to be one of the most technologically advanced in the world when it’s completed. The field will be able to be split into three sections to reveal an AstroTurf underneath for American football. The stadium will also boast a microbrewery, the longest bar in the country, heated seats with USB ports, and a glass-walled tunnel so fans can see the players emerge.

And Christopher Lee, an architect with Populous, the company who designed the new White Hart Lane stadium, says holographic projection will be the next big thing in sports entertainment. “In the not-too-distant future you can imagine Real Madrid supporters in São Paulo watching the game in their stadium at the same time as the fans in Spain,” he told The Guardian. “It’s all about coming together for the collective experience.”