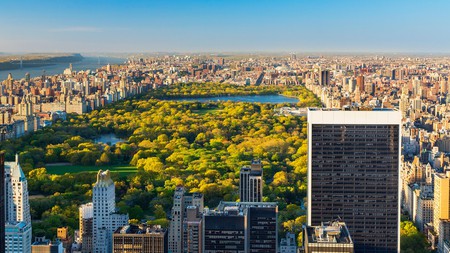 A stay in New York with Central Park on your doorstep? You couldn't ask for more! | © JOHN KELLERMAN / Alamy

Regardless of the season, Central Park is a must-visit oasis in the heart of Manhattan. Whether you want to go ice skating on the Wollman Rink or stroll around Central Park Zoo, these hotels put you in close proximity to the Big Apple’s star natural attraction.

New York’s Central Park claims the lofty titles of the most visited city park in the USA and the world’s most filmed location. Besides verdant fields, playgrounds and ponds, you’ll also find attractions such as Belvedere Castle and the Delacorte Theater, which stages outdoor plays during the warmer months. Need a place to stay nearby? We’ve got you covered.

Courtesy of Arthouse Hotel New York City / Expedia
View Rooms
Price Drop
Now from $151 per night
Those who harbor a fondness for vintage hotels should make a beeline for Arthouse Hotel New York City. The charming heritage stay is situated in a building that was originally constructed in 1919, but underwent a renovation in 2019. Original elements including a 1920s French elevator system and antique fireplace were retained, which gives the public areas a cozy, historic feel. Guest rooms are decidedly more up-to-date and feature plush beds, light-wood furnishings and exposed brick walls.
More info 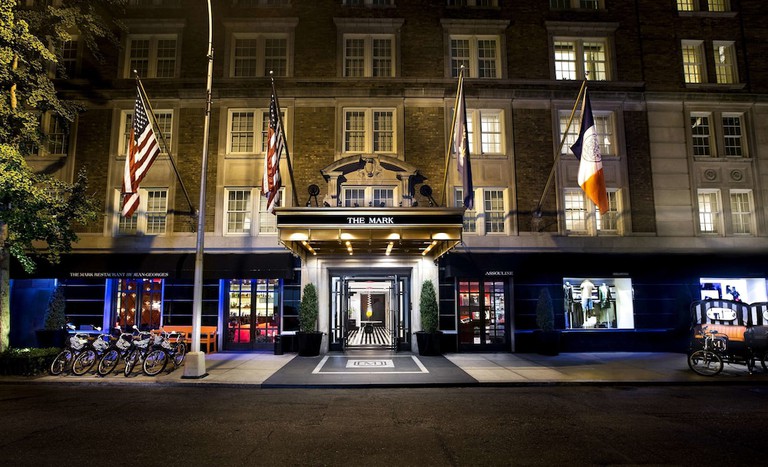 Courtesy of The Mark / Expedia
View Rooms
Price Drop
Now from $1125 per night
With trendy rooms and a serene atmosphere, The Mark is an ideal hotel for those craving a chic oasis in the city center. Choose from a variety of configurations: including queen-bed accommodations that overlook a leafy courtyard and suites with separate living rooms and kitchens. Don’t leave without dining at the onsite restaurant, which serves dishes conceived by celebrity chef Jean-Georges Vongerichten. Be sure to try the succulent roasted Maine lobster with habanero-lime sauce, corn, cucumber and mint.
More info 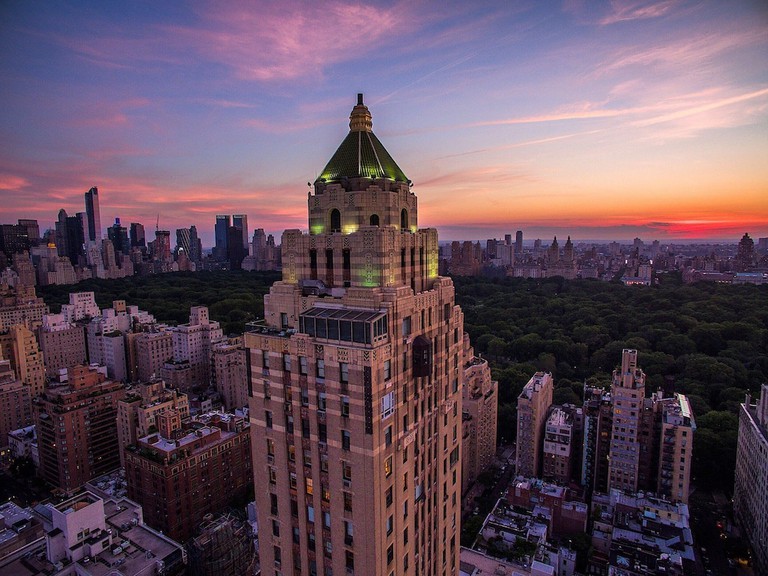 Courtesy of the Carlyle / Expedia
View Rooms
Price Drop
Now from $783 per night
Nestled among the towering builds of the Upper East Side, this luxurious hotel has been a top five-star stay since opening its doors in 1930. It boasts spacious rooms and suites, all of which are kitted out with king-sized beds, opulent furnishings, whimsical artwork and added living spaces. Want to secure the best views in the house? Shell out for the lavish Central Park Suite, with floor-to-ceiling windows that reveal panoramic scenes of the lush urban garden below.
More info 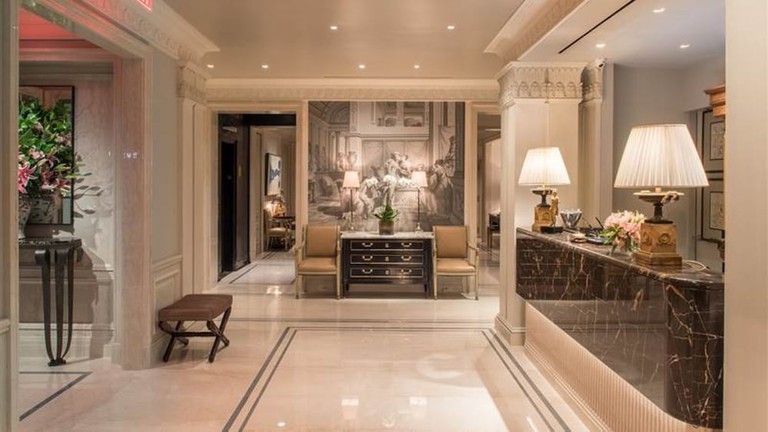 Courtesy of The Lowell / Expedia
View Rooms
Price Drop
Now from $874 per night
For a hotel overflowing with old-world charm, look no further than The Lowell. Founded in 1927, it embodies a timeless elegance throughout: think a neutral color palette of subtle creams and dark browns, wood-burning fireplaces, polished oak floors clad in antique rugs and cashmere throws. Serious shoppers will also be delighted at the location. Besides Central Park, you’ll also be within walking distance of Madison Avenue’s glitzy fashion ateliers and the trendy boutiques of Fifth Avenue.
More info 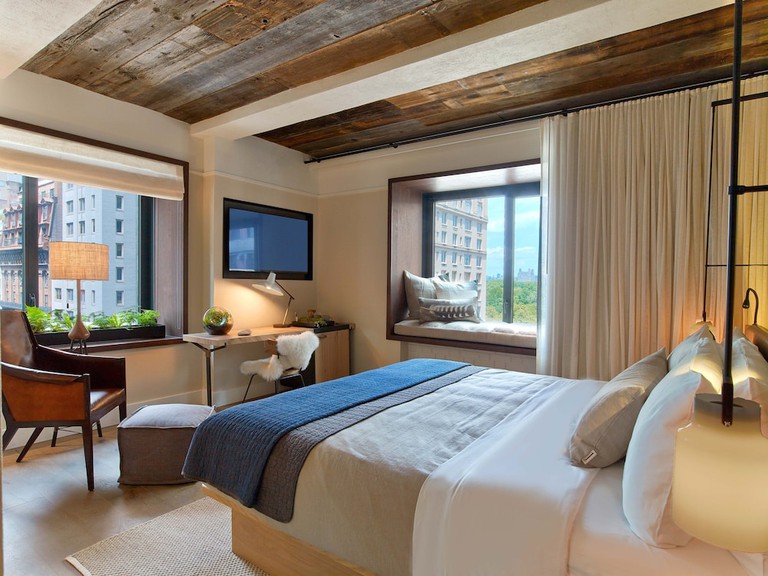 Courtesy of 1 Hotel Central Park / Expedia.com
View Rooms
Price Drop
Now from $353 per night
Nature lovers will be in their element at 1 Hotel Central Park. The urban retreat puts the natural world at the heart of its hospitality ethos. There’s a green façade spanning three floors of the hotel’s exterior, living moss in the hallways and lush plants throughout. Rooms are decked out in reclaimed wood with organic bed linens and eco-friendly mattresses. Hungry? Grab an organic, seasonal meal at farm-to-table restaurant Jams. The decadent weekend brunch is a particular delight.
More info 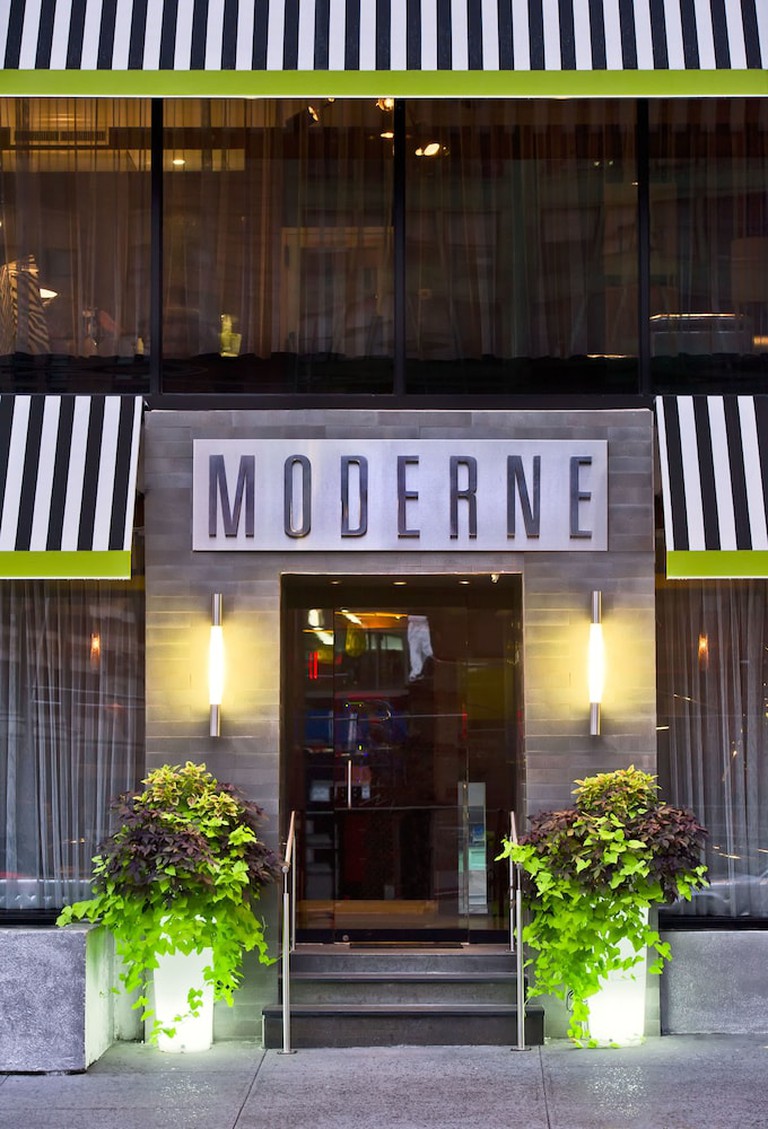 Courtesy of The Moderne / Expedia
View Rooms
Price Drop
Now from $123 per night
True to its moniker, this is a modern and cosmopolitan hotel in the heart of New York’s Theater District. With just 34 guest rooms, you can be assured of personalized service during your stay. The sleek digs blend ultra-contemporary touches with color and comfort. Expect tufted white-leather beds topped with soft sheets, vibrant wall art, animal-print throw pillows and black-and-white woven carpets inspired by Charles Eames. You can also use the 24-hour fitness center at the neighboring Ameritania at Times Square Hotel while staying here.
More info 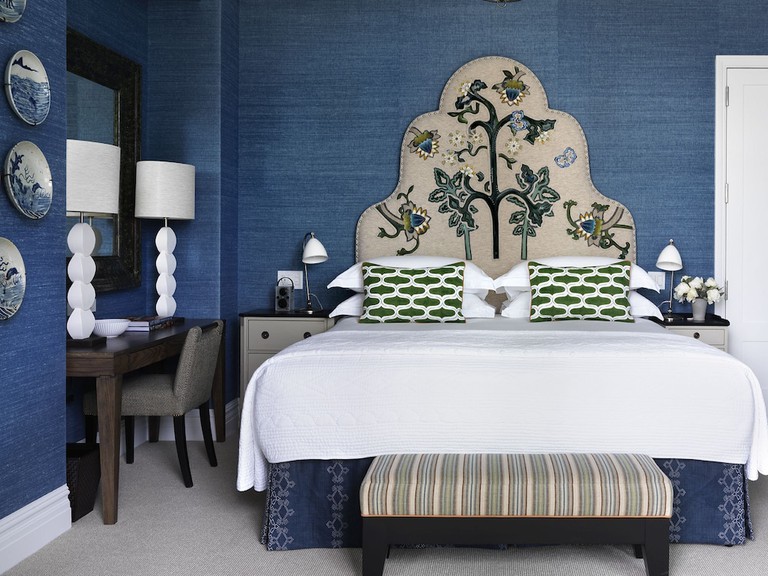 Courtesy of the Whitby Hotel / Hotels.com
View Rooms
Design-forward Whitby Hotel is a great pick for those who like their accommodations on the lively side. Each of the 86 rooms has been individually designed by award-winning designer Kit Kemp. All include floor-to-ceiling windows and a unique bold color scheme. Some even come with a private terrace that’s perfect for enjoying a morning coffee or evening drink. There’s also a round-the-clock fitness center, on-site screening room and gorgeous bar and restaurant where you can indulge in a spot of afternoon tea.
More info 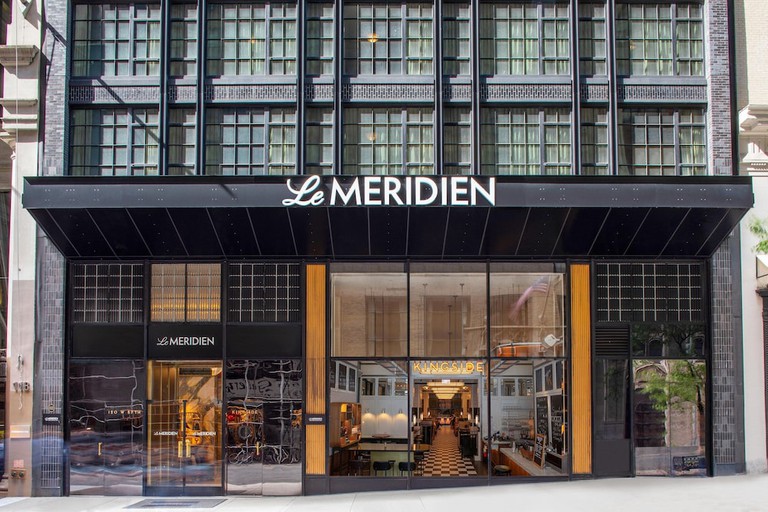 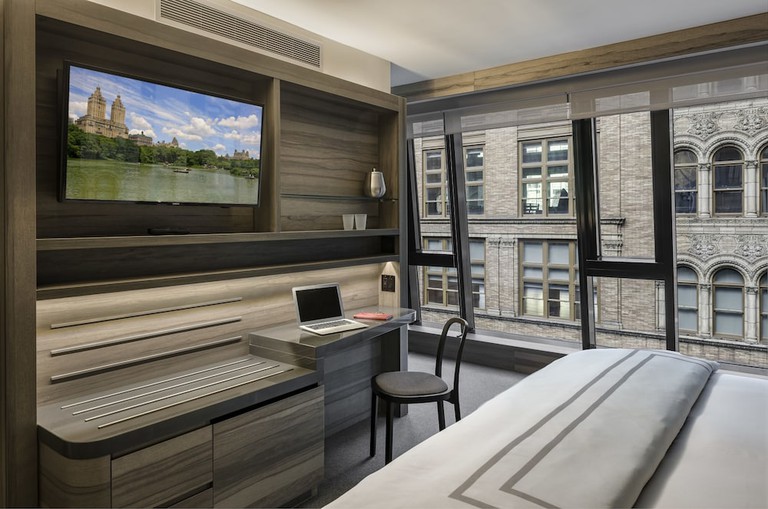 Courtesy of Carnegie Hotel / Expedia
View Rooms
Price Drop
Now from $183 per night
Planning to check out your fair share of Broadway shows in the Big Apple? Stay at the intimate Carnegie Hotel in the Theater District; it offers comfortable digs to return to after the curtain closes. Rooms are warm and inviting, with large beds, blackout curtains and toiletries by local label Malin+Goetz. They also come with floor-to-ceiling windows that look out on to the steady hum of Midtown Manhattan below. Central Park is a mere five-minute walk away.
More info 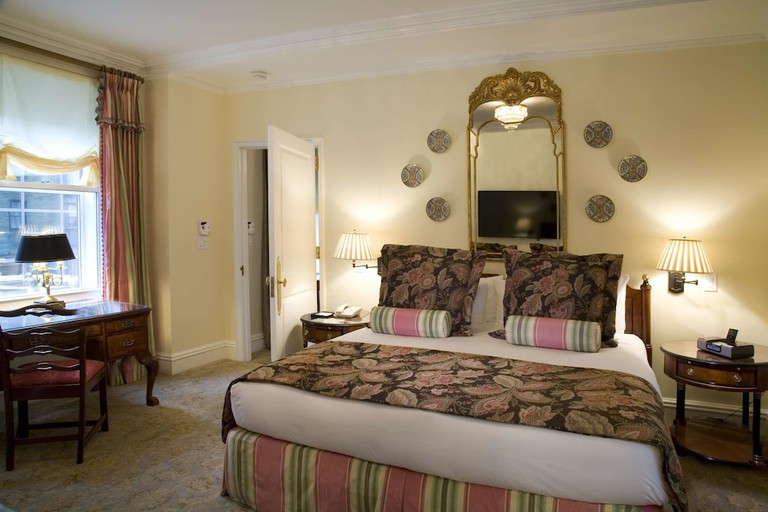 Courtesy of The Sherry Netherland / Expedia
View Rooms
Price Drop
Now from $528 per night
With its stately rooms and grand furnishings, The Sherry Netherland is a luxurious hotel for those who want five-star sophistication. Inside, you’ll find show-stopping design features including marble mosaic floors, Vanderbilt-mansion friezes and a jaw-dropping ceiling mural in the lobby, as well as custom-made crystal chandeliers in some of the suites. All rooms are individually decorated with king-sized beds and marble baths, as well as Louis Sherry chocolates and fresh flowers that are replenished daily.
More info