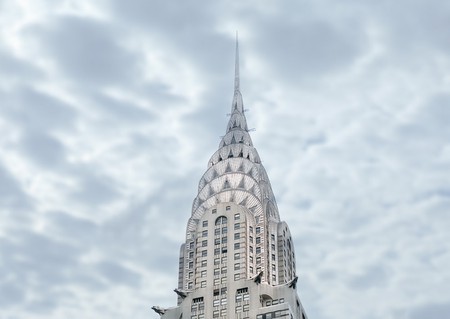 Manhattan’s gleaming, Art Deco-style tower is a nocturnal beacon of hope in the Gloria Grahame biopic.

It’s August 1980. The 56-year-old movie star and her boyfriend have just had a fight on the street triggered by the younger Peter’s insensitivity to Gloria’s self-consciousness about the 28-year age difference between them. They have returned separately to their midtown Manhattan hotel room. Illuminated for the night, the Chrysler Building appears as a semi-solid shaft of white radiance beyond the room’s balcony doors and the wafting diaphanous drapes. 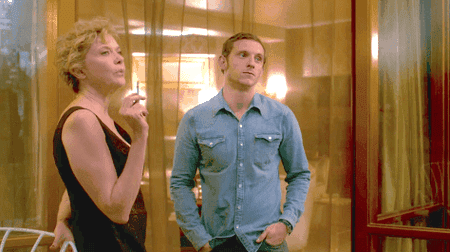 Prepared to make up with Peter, but still smarting from her hurt pride, Gloria saunters through the doors onto the balcony and Peter joins her. It’s there that Gloria, nonchalantly jabbing a cigarette at the shining Art Deco tower, expresses her admiration for it it.

Screenwriter Matt Greenhalgh’s choice of the word “thing” and Bening’s offhand delivery of it are perfect here. If Gloria had gushed about the Chrysler’s spectral gleam, the scene would have been dramatically empty—and the exchange inconsistent with a character given to dry wisecracks when she was irked and trying to regain her equilibrium.

Downplaying the building’s effect paradoxically emphasizes that it is briefly a beacon of hope for a stormy, cursed, but caring relationship between a woman and a man who are both a fish out of water in the other’s world. The scene ends with them about to make love. 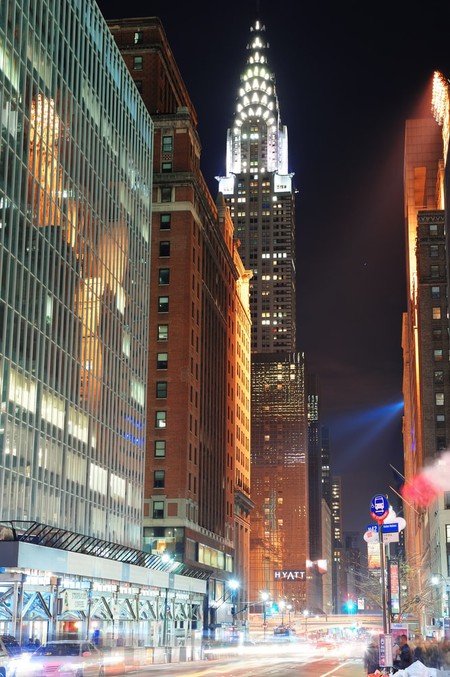 The following day, they are happy again and, as they sun themselves in Central Park, they talk about the jobbing Liverpudlian actor Peter moving in permanently with Gloria in New York.

In reality, Grahame and Turner lived at Grahame’s 25th floor apartment in Manhattan Plaza, well-known for its many actor residents, at Ninth Street and 42nd–43rd streets. Gloria and Peter’s staying in a midtown hotel in the film is therefore fictitious—excusably so, given that it allows symbolic use of the Chrysler Building. 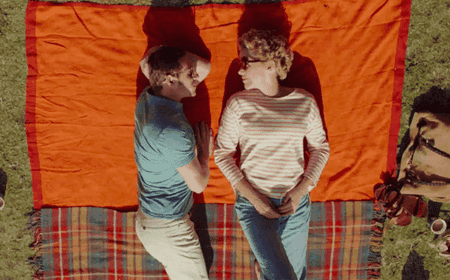 In a subsequent aerial bridging shot, director Paul McGuigan shows the Chrysler Building “moving” in front of the Empire State Building, but the shot ends before the latter is obscured; it’s as if Manhattan’s most famous skyscraper won’t be eclipsed by its most beautiful one.

It’s unlikely that McGuigan was thinking of an analogy, but the earnestness of Gloria and Peter’s love was hard put to overshadow Gloria’s celebrity, her relatively greater experience than Peter’s, and the fact that—as she discovers in the film’s next sequence—her breast cancer has returned and spread.

Her brave determination to keep the news from Peter brings about their split. The New York idyll and its collapse are shown as a flashback as Peter grapples with Gloria’s final illness at his parents Liverpool home in early October 1981. 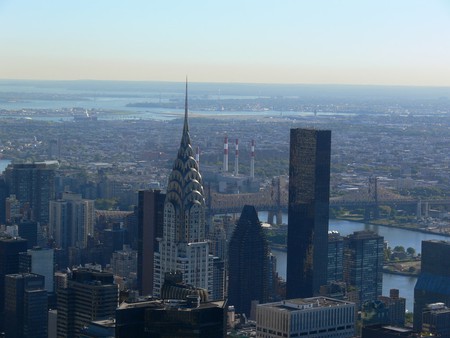 The Chrysler Building was completed in August 1930 (officially in February 1932)—50 years to the month in which Gloria Grahame and Peter Turner would have looked upon it together. It has 77 stories and stands 1,046 feet (319 metres) high.

With its silver Nirosta steel crown, comprised of seven terraced arches interspersed with triangular vaulted windows, its eagle gargoyles and radiator cap ornaments, it is the aesthetic pinnacle of Manhattan skyscraper design. In Film Stars Don’t Die in Liverpool, it is a gargantuan love wand for a couple struggling to preserve their romance against impossible odds.

It is not recorded what the real Gloria Grahame thought of the Chrysler Building, but we can imagine her exercising her trademark gesture —insouciantly raising one of her eyebrows.

Film Stars Don’t Die in Liverpool is currently on release.