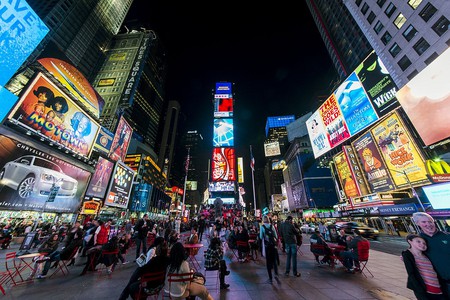 Amid the cacophony of Times Square, a low, deliberate hum rings out for art’s sake.

Those who find themselves on the concrete island where Broadway intersects with 7th avenue between 45th and 46th streets are most likely to look up at Times Square’s colossal neon advertisements, and out to an overwhelmingly dense crowd of people. But those who focus their attention downward just might catch wind of a mysterious noise evaporating from the subway grate beneath their feet. 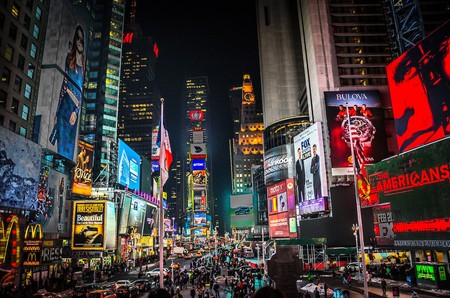 “The hum,” as its colloquially referred to, echoes out like a distant drone. It’s easily eclipsed by the clamor of its environment, but there it has persisted on and off for over four decades. Officially titled Times Square, the sound is a hybrid art installation-meets-social experiment by American musician and cutting-edge sound artist Max Neuhaus. It was installed in 1977 as a test of observation, and has since become a local legend.

The sound is an otherwise undetectable hum that naturally resonates within the tunnel system below the street. Neuhaus created a machine that captures and augments the tone so that it may just be heard, if only ever so slightly, above ground.

What does it mean? Times Square is a subtle experiment designed to stop only the most observant and alert passersby in their tracks. Not only does it spark curiosity in those who notice the installation, but it challenges unknowing pedestrians to possess clarity and awareness, even in the most overstimulating neighborhood in one of the world’s largest cities.

Times Square has never been publicly labeled, and those who do unknowing stumble upon it won’t have any way of identifying what it is or who (and what) created it. The installation endured between 1977 and 1992, and in 2002, the Times Square Business Improvement District, alongside publisher and gallery space Christine Burgin, partnered up with MTA Arts for Transit and the Dia Foundation to revive the piece. Today, Times Square can still be heard beneath the street 24 hours a day, seven days a week.