Born in Louisville, Kentucky, Keltie Ferris received her MFA from Yale School of Art and her BFA from Nova Scotia College of Art and Design, and her work has been shown in many exhibitions across the country. Here, The Culture Trip takes a closer look at her paintings as well as her ongoing series of body prints, which have recently been garnering attention while on display at the Mitchell-Innes & Nash Chelsea gallery in New York. 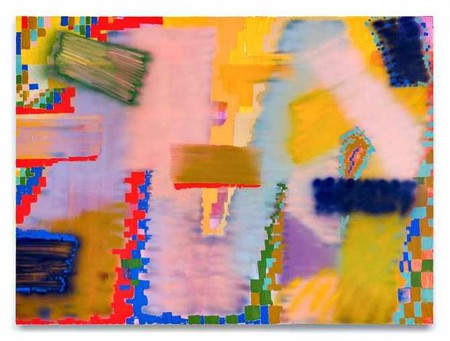 Ferris’ current solo exhibition at Mitchell-Innes & Nash marks the first time that her paintings and body prints will be exhibited together. The paintings on display were all created during her recent stay in Los Angeles, California. In this series, Ferris continues to use bright colors that have become characteristic of her work. In an interview with Art in America magazine she stated, ‘You can indulge in incredible color in painting, so why wouldn’t you?’ 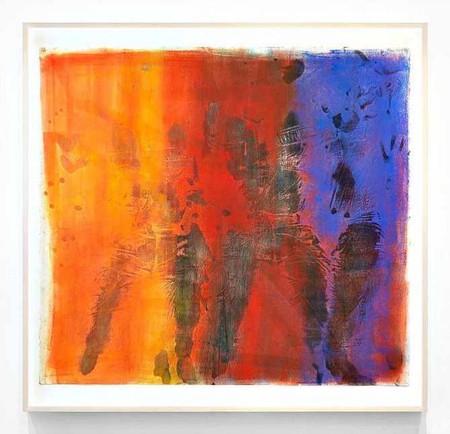 Her latest works feature a combination of short, quick brushstrokes with airbrushed oil paint to create abstract landscapes made up of bold, energetic patterns. The small marks build upon each other creating a texture resembling the weave of textiles and are broken up by patches of foggy airbrushed paint. While Ferris has noted taking inspiration from textiles, she has also mentioned being influenced by Broadway Boogie-Woogie, Mondrian’s abstract cityscape of 1942. Viewers can certainly see a correlation between these two as well as a resemblance to works by Seurat and Signac. However, some viewers also see a resemblance to digital pixelation in Ferris’ paintings. The beauty of abstract art is its ambiguity. Ferris herself has even commented that she enjoys knowing the viewer will walk away from her works having used their imagination to form their own ideas about its meaning.

Also noteworthy is Ferris’ ongoing series of body prints in which, just as it sounds, her body becomes the brush as she imprints her form onto the paper. To avoid the gooeyness of acrylic paint, she covers herself in oil, presses her body onto the surface to make an imprint and then applies powdered pigment over it. She does this both clothed and unclothed. You can see in this series that sometimes the marks are pressed imprints and other times they are smeared or dragged, creating a fascinating expression of identity and reminding the viewer of the presence of the painter. 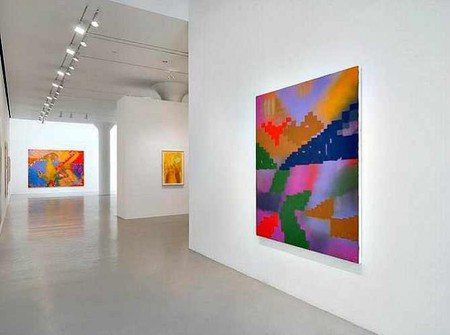 Ferris continues to make waves in the painting scene in New York since her debut about eight years ago, establishing herself as one of the finest abstract painters around today. Her work is often compared to such artistic greats as Monet, Mondrian, Rauschenberg and Seurat, making her an emerging talent to watch.