A Guide to the Giglio Italian Feast in Williamsburg, NYC 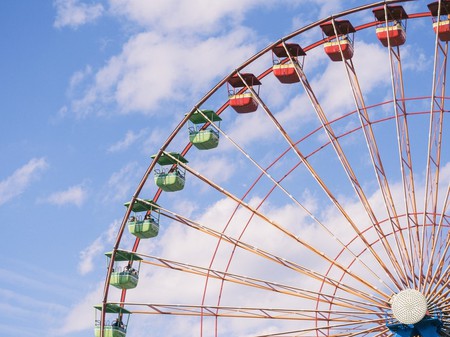 Each July, Williamsburg’s Italian residents take back the neighborhood from their more recently-arrived hipster neighbors. From July 5 though July 16 of this year, the Giglio Italian Feast will celebrate its 115th anniversary. Make Nonna proud by getting familiar with the fest with our guide to New York City’s Giglio Italian Feast.

Soon after a wave of Neapolitan immigrants settled in this area of Brooklyn in the 1880s, the Italian transplants grew eager to honor their village’s patron saint, San Paolino. Resuming a tradition with roots in southern Italy, the first Giglio Italian Feast in Williamsburg was held in 1903, making it 40 years older than Little Italy’s better-known San Gennaro Festival. 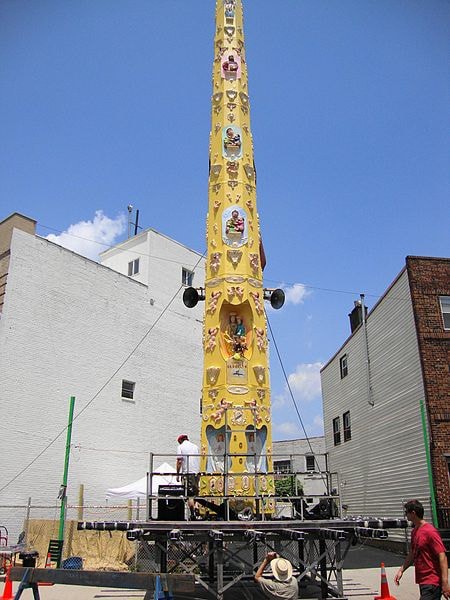 The feast’s chief event needs to be seen to be believed. A team of 125 lifters, led by that year’s capo, hoists an 80-foot tower decorated with a statue of San Paolino and red, white, and blue giglios, or lillies, into the air as a 12-piece band provides a lively soundtrack. This curious tradition is repeated multiple times throughout the 12-day festival.

Nothing beats the night lift

Although San Paolino served as Bishop of Nola from 409 AD to 431 AD, he’s honored at the feast for a different reason. Legend has it that around 410 AD, after successfully escaping kidnap by pirates, Paolino volunteered to take the place of an abducted young man-turned-slave. When news of Paolino’s altruism reached a Turkish sultan, he was freed. A reenactment of the saint’s release, complete with a custom-made ship docking, is staged at the feast every year.

This community-bonding event used to be a competition

While today there is a single tower and lifting team, historic iterations of the event involved several of both. At one point, the feast became a competition in which various trade guilds built their own 80-foot tributes and hired exclusive lifters, after which the carrying of the towers would be judged.

Uhm… We'll take one of each please! #summerinthecity 🍗🍖🍗🍖🇺🇸

Despite its saintly honoree, the original feast was not religious

Even the mundane can be magical 🎆 cc: @rockienolan

This Italian tradition has evolved into a secular, all-ethnicities event

Not even an 80-foot tower can trump the New York effect. While Italian treats like zeppole and braciole are prepared at the feast, it has become as diverse and accessible as the city itself, with fairground games, rides, and music everyone can enjoy.