Guggenheim lines | © Hernán Piñera/Flickr
The most valuable Manhattan real estate is not located in Battery and not even in Chelsea, but along Fifth Avenue’s Museum Mile. The artwork and artifacts housed in these institutions are arguably worth more than any billion-dollar tech industry or apartment building, as they expose important stories and information to visitors. Here are the eight inspiring museums that comprise the Museum Mile. 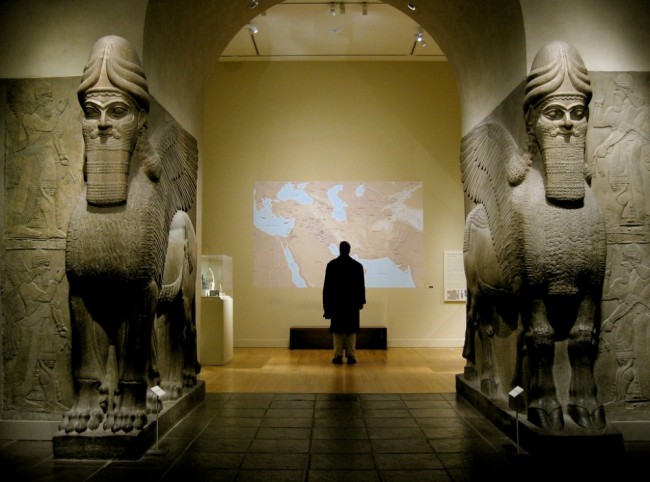 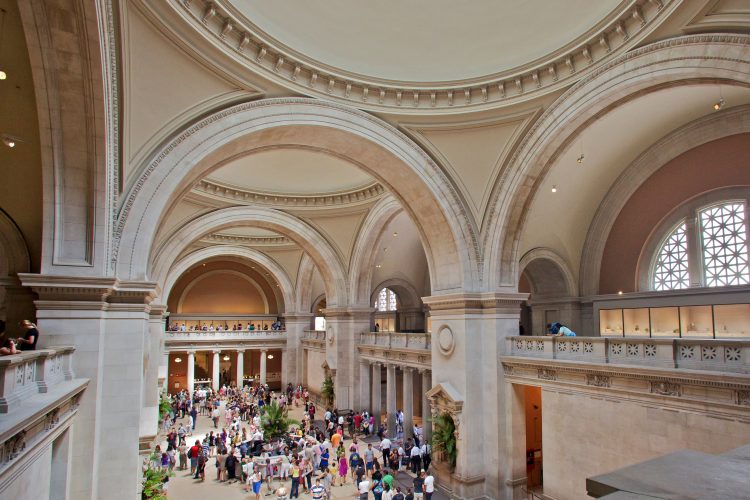 2016 marks the 150th anniversary of one of New York City’s most popular museums- which also just happens to have the classiest souvenir shop in Manhattan. Both tourists and locals alike flock to the Met for special exhibits such as the Ancient Egypt Transformed: The Middle Kingdom (which ends January 24, 2016) or the museum’s own Egyptian wing.  The museum’s other sixteen collections are equally popular as they specialize in everything from arms and armor to American art. Whether visiting as an admiring beginner to art or an expert looking for something specific, the Met is the best starting point.

For those who missed Helen Mirren on Broadway, or those eagerly anticipating Tatiana Maslany’s Orphan Black return in April, suffice your angst by visiting the painting that Mirren’s Woman in Gold character, Maria Altmann, fought the Austrian government for repossession at the Neue Galerie. Neue’s founder Ronald Lauder purchased Gustav’s Klimt’s Portrait of Adele Bloch-Bauer I for $135 million from the Altmanns, the centerpiece in a formidable collection of early 20th-century German and Austrian art and design. The piece is on permanent display. 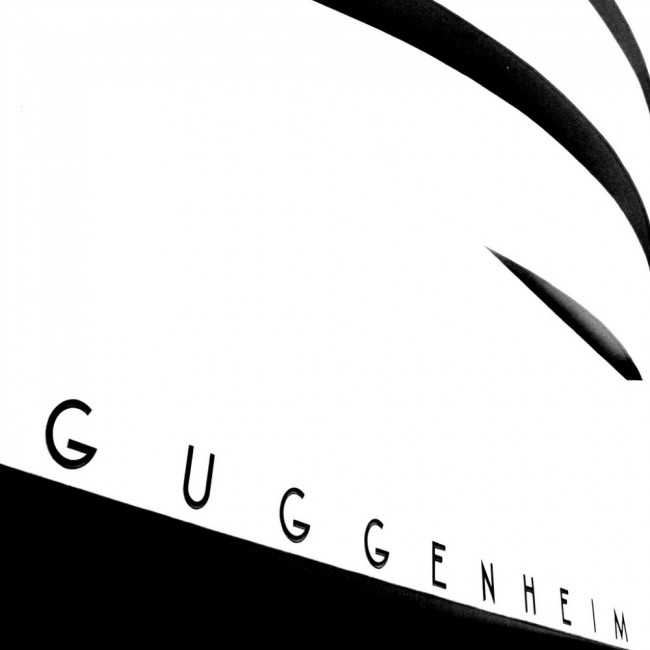 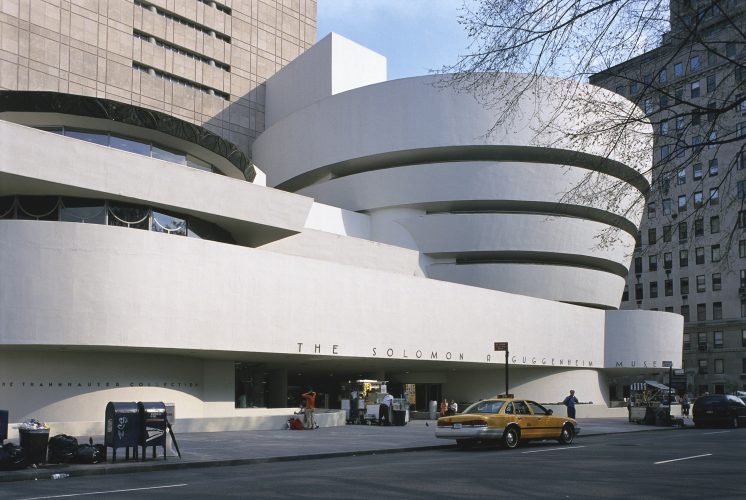 While there is much to explore inside The Guggenheim, the biggest treasure of all is its Frank Lloyd Wright design. Playfully circular, it is the only Wright building in New York City. A Long-Awaited Tribute: Frank Lloyd Wright’s Usonian House and Pavilion, is a permanent display of items from the Guggenheim’s 1953 retrospective of the architect, who built two temporary structures for the museum. Along with Cézanne, Brancusi, and Picasso is The Robert Mapplethorpe Foundation Gift, which initiated the Guggenheim’s photography program. The Guggenheim’s quirky structure suits the family of passionate, progressive collectors. 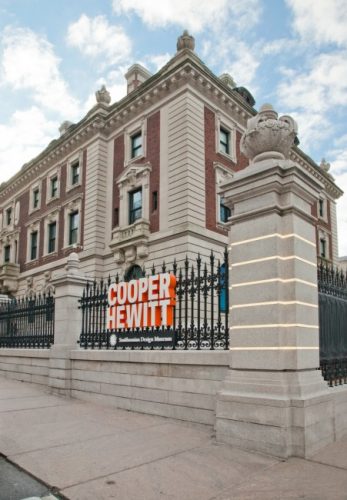 The 190-year-old Academy continues to ‘promote the fine arts in America through instruction and exhibition.’ In other words, the Academy displays art for artists and the public – not just the rich. The permanent collection includes artists such as Sargent, Eakins, Church, and Bourgeois. The School has a no-portfolio policy (except for F-1 visa and Studio Art Intensive applicants) and a wide selection of courses. 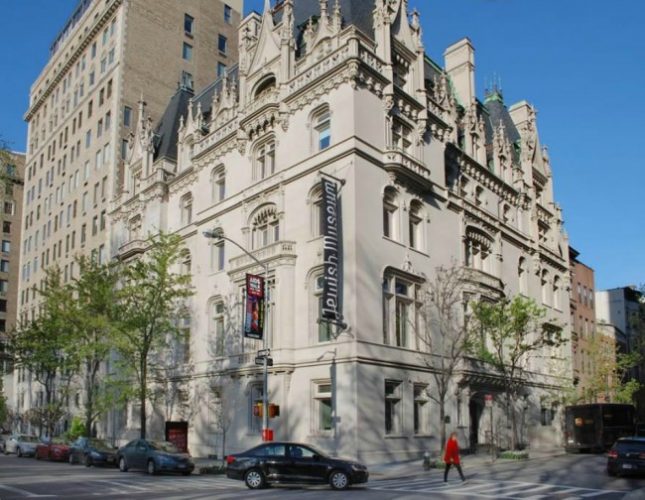 JM with new banner retouched | © Courtesy of The Jewish Museum

This branch of the Smithsonian Institution, located between Park and Madison Avenues (their other Manhattan site, The National Museum of the American Indian, is near Bowling Green and Battery Park) is the only U.S. museum with a collection comprised of entirely historic and contemporary design. Among their current exhibits is Pixar: The Design of Story featuring 650 artworks from the studio either on view or available on touchscreen tables through August 7, 2016. 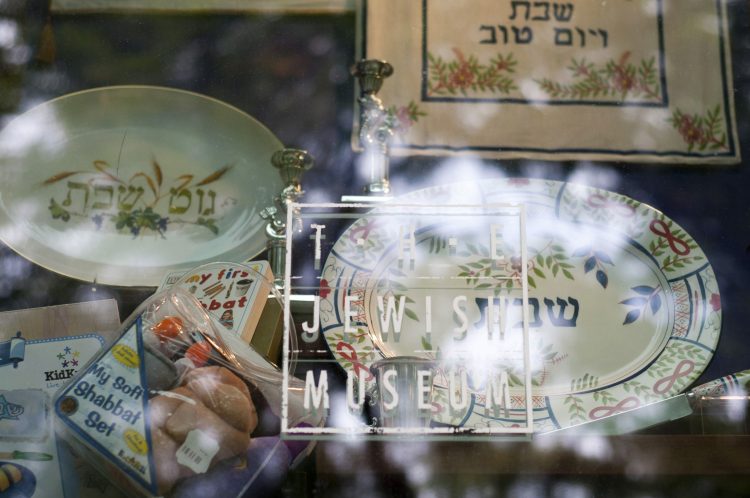 Businessman/philanthropist Felix Warburg’s mansion has been home to The Jewish Museum for 69 years. The selection includes almost 30,000 works of art, 800 of which are on permanently display in the Culture and Continuity: The Jewish Journey exhibit. Current temporary exhibits include The Power of Pictures: Early Soviet Photography, Early Soviet Film which highlights Jewish contributions to early avant-garde Communist art. Additionally, the 25th annual New York Jewish Film Festival will take place on January 13-26, 2016 at the Film Society of Lincoln Center.

Museum of the City of New York
Museum, Library

Museum of the City of New York | © Beyond My Ken / WikiCommons

The Museum of the City of New York chronicles the defining, messy, and occasionally majestic history of the five boroughs via rigorous public and educational programs, special exhibits, and permanent installations. Among their possessions is the Jacob A. Riis collection. The current exhibit, Jacob A. Riis: Revealing New York’s Other Half, brings together for the first time the crusading photojournalist’s images from the museum’s archives with his papers from The Library of Congress. 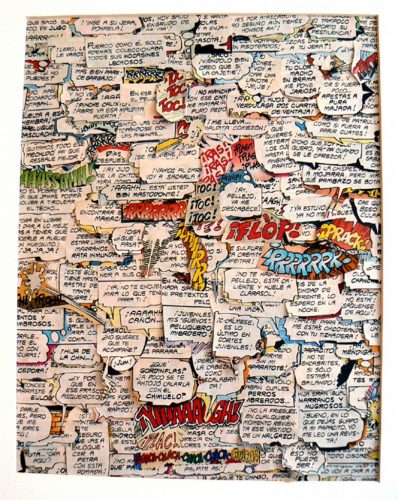 The creation of this 45-year-old institution came about in response to ‘Art History 101’ textbooks and museum collections that ignored Latino artists and an underrepresented population living along Museum Mile. Since then, the art world and academia has altered their opinions for the better. Not only does El Museo del Barrio present Puerto Rican, Caribbean, and Latin American art, it encourages its development and appreciation through bilingual programs. Many take place in the El Teatro of El Museo del Barrio, where fairy tale murals and magical realism come to life.

Patricia Contino received her MFA from The New School Writing Program. She uses vacation time either at performances in other cities, The University of Iowa Writing Festival, or very long nights at the Metropolitan Opera. The lifelong NJ resident and fangirl is the administrator for Columbia University’s Masters of Bioethics Program.