A Brief History of The New York Public Library 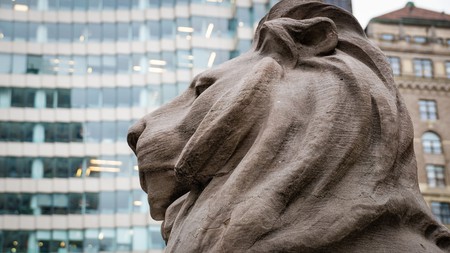 Created according to the will of John Jacob Astor, one of America’s first multi-millionaires, the NYPL opened as the Astor Library in 1854 but was initially unpopular with the public, serving mostly as a reference library. It wasn’t until 1870 that the State Legislature of New York City incorporated the existing Lenox Library and moved locales to Fifth Avenue, while also acquiring the collection’s crown jewel, the first Gutenberg Bible in the New World. From these humble beginnings, the NYPL would grow to become the home of the third-largest book collection in the world, with nearly 53 million individual items, topped only by the Library of Congress and the British Library.

The original president of the library’s board of trustees was none other than The Legend of Sleepy Hollow author Washington Irving, who oversaw the incipient collection until his death in 1859. A series of mergers occurred over the next 30 years.

In 1901, Andrew Carnegie donated $5.2 million to construction costs for the city’s new branch libraries and donated much of his private collection as well. More high-profile purchases followed, including the acquisition (in exchange for gold) of the entire library of Russia’s Grand Duke Vladimir Alexandrovich after the fall of his nephew, the tsar. The library became instrumental in the world wars, because its individual collection of maps supplied unprecedented resources to U.S. Army generals. 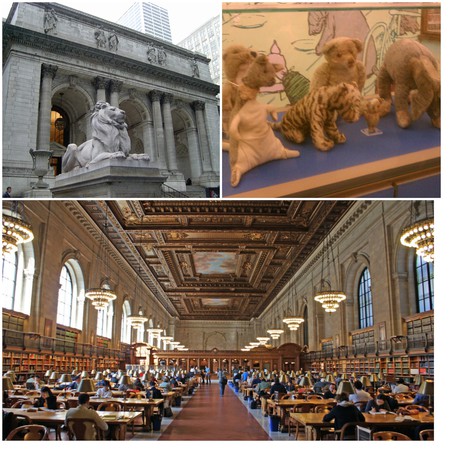 The current NYPL building opened in 1911 — after a competition between the city’s architects for the final design — in a ceremony during which President Taft read the declaration. E.C. Potter, the designer behind the stone lions (named Patience and Fortitude), had previously designed equestrian statues of General Ulysses S. Grant in Fairmount Park, Philadelphia, and statues of George Washington in Paris and Chicago. A National Historic Landmark by 1965, the library underwent ongoing renovation and expansions until 2007.

As one of the only libraries maintained by private donations, as opposed to government subsidies, the NYPL has had its share of controversies over the years. In 2011, for example, the library’s board announced plans to dismantle and digitize much of its collection, shipping excess books to New Jersey and elsewhere. The massive unpopularity of this announcement, however, led to an about-face, and the plans were abandoned. Still, several collections have suffered from consolidation programs, including the elimination of Asian, Slavic, Baltic, and Middle East divisions of study.

Current holdings of the NYPL include the original Winnie the Pooh stuffed doll, along with his friends from the Hundred Acre Wood (save Roo, long since lost by the real Christopher Robin). The system maintains branches in every borough except Brooklyn, which has its own library system, and maintains a digital collection of over 700,000 images.

The NYPL remains dedicated to community outreach and maintains specialty services for immigrants, including language classes and acclimatization coaching. For the breadth of its collections, sheer beauty, and general atmosphere, The New York Public Library is very nearly unrivaled, and its easy recognition has made it a national landmark equal to the Empire State Building or the Statue of Liberty.