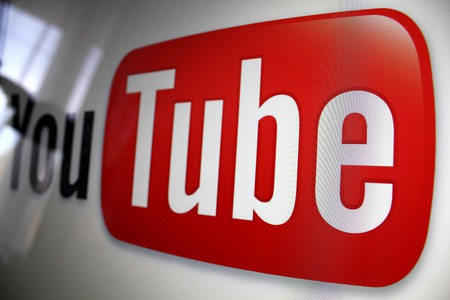 Among the Vine comps, one-hit-viral-wonders, and music videos found on YouTube, there exist creators using their audience to reach goals beyond Internet fame. These creators are using their platform to raise funds and awareness for causes ranging from anxiety to world hunger. The success of these digital do-gooders relies on the empowerment, education, and engagement of their audiences, rather than just views.

John and Hank Green have been vlogging for the past eight years, and from the humble beginnings of their original series, Brotherhood 2.0, have constructed a YouTube empire. A short list of their current video series includes CrashCourse, The Brain Scoop, and The Art Assignment. Anyone with an idea for ‘an online educational/informational/super awesome project’ can apply to be sponsored by the brothers. These sponsorships are funded by The Foundation to Decrease World Suck, which also serves as the main bank for the Green’s annual charity event, Project For Awesome, or P4A. Every December, Hank and John encourage viewers to create their own videos about a charity or cause they support and upload it to YouTube. This year’s P4A will take place on December 11-12 and anyone can get involved by making a video or donating to the Indiegogo campaign. Last year P4A raised over $1 million that was given to charities, voted on by fans, such as The Harry Potter Alliance, This Star Won’t Go Out and Save the Children. All projects involving John and Hank remind participants to live by the motto, DFTBA, Don’t Forget to be Awesome.

Practice reckless optimism. That is what you will read on the t-shirt of a Hannah Hart fan. In her YouTube series My Drunk Kitchen, Hart, often joined by special guests, cooks, makes ‘punny’ jokes and enjoys a drink (or two…) while serving up a side of bubbly optimistic life advice. In 2014, Hart decided to take her show on the road with the Hello Harto Tour. On this tour, instead of doing traditional hand shaking, selfie-taking meetups with fans, Hart decided to host volunteer meetups at local food banks where she, her team and her fans helped sort, pack and serve food. Since that initiative, fans have taken this mission into their owns hands and continue to plan Have A Hart Day events. Hart often post messages from City Captains on her tumblr page to promote the events that are ongoing in cities all over the world.

You have probably seen Tyler Oakley’s face on the side of a bus, billboard or the cover of a magazine. With over seven million subscribers to his YouTube channel, a recently released New York Times Bestseller and a documentary hitting the web in December, Oakley is a full-fledged celebrity. Oakley dares his fans to be themselves and one way he supports this initiative is through his work with the Trevor Project. The Trevor Project is an organization that provides ‘crisis intervention and suicide prevention services to [LGBTQ] young people.’ After making a video about the Trevor Project for the aforementioned Project for Awesome, Oakley interned for the organization, hosted its red carpet events, earned the Trevor Youth Innovator Award in 2013 and eventually joined its board of directors. On his birthday every year Oakley host a fundraiser for the foundation and most recently raised over $500,000. Oakley was recently presented with the Davidson/Valentini Award, an honor presented by GLAAD ‘to an LGBT media professional who has made a significant difference in promoting equality for the LGBT community.’

For Jack Harries, JacksGap started as a fun way to pass time during his gap year. Today that YouTube channel and website, which he runs with his twin brother Finn, are the platforms they use to spread awareness of causes and innovations from around the globe. Following Heart, one of their most recent documentary projects, takes them to places like Tanzania, New York, and the Bahamas, to capture the work of passionate people like a shark conservationist, artist and humanitarian. The Harries often reach out to their viewers for support and inspiration, asking for video responses to questions like: what do you love or what do you fear” Whether it’s riding motorcycles through London to raise awareness for prostate cancer, racing rickshaw’s across India for The Teenage Cancer Trust or studying the effects of climate change in Greenland, the Harries are always up for an adventure that will enlighten and engage their audience.

Zoe Sugg, known to her YouTube fandom as Zoella, is one of YouTube’s top beauty gurus, an author, a cosmetics line owner and the first Digital Ambassador for Mind, a UK based organization that supports and empowers people with mental health problems. In a video from 2012, Sugg revealed to her fans that she suffers from anxiety and panic attacks. As a digital ambassador Sugg helped promote Mind’s #DontPanic campaign which encouraged people who suffer or know someone who suffers with mental illness to wear a red button, take a photo and share it on social media with #DontPanic. Sugg continues to make videos answering questions about her experience and offers advice on YouTube and other outlets outlets like Glamour.com.

‘Real talk for real change’ is what Kat Lazo hopes to inspire with Engage by Uplift, a video series aimed ‘to provide resources, help, support and information’ about sexual harassment and assault. Uplift is a nonprofit organization ‘dedicated to combatting sexual abuse in online communities through education and advocacy.’ The Engage series contains videos where Lazo speaks directly to the viewers and explains different aspects of sexual assault such as how to talk about it, the effects, and how to get help. Lazo also hosts a series of discussions with other notable members of the online community, such as sex education activist Laci Green, on topics such as Power Dynamics Between Fans, focusing on tangible ways to affect change.

Michelle Phan wants her viewers to not only look good, but to also feel good about themselves. Along with her wildly popular make-up tutorials Phan also makes uplifting videos encouraging viewers to be one of a kind, rise above labels, and build self-confidence. Phan works closely with Love 146, ‘an international human rights organization working to end child trafficking and exploitation through survivor care and prevention.’ han has made multiple videos supporting Love146’s mission with her #RemembertheGirl campaign, and has promoted their work on her website. Earlier in 2015 Phan received the Abolitionist in Action Award at Love146’s annual gala.