Here's Why New Mexico Is Known as the Land of Enchantment 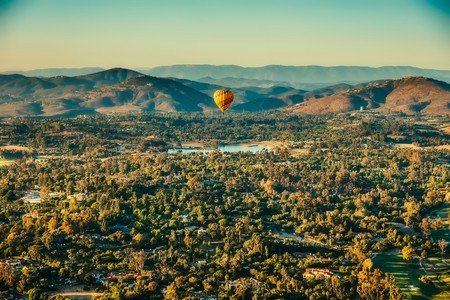 New Mexico is blessed with stunning desert landscapes, breathtaking snowcapped mountains, bubbling hot springs, and remarkable national monuments. With its mix of European American, Native American, and Mexican heritage, the state is a unique and colorful place to visit. Given all that, perhaps it is little wonder that New Mexico is known as “the Land of Enchantment.”

The phrase was first used by American journalist and author Lilian Whiting in her 1906 travel guide The Land of Enchantment: From Pike’s Peak to the Pacific. The book does not actually focus on New Mexico alone, but on the southwestern states of Colorado, Arizona, and California as well. 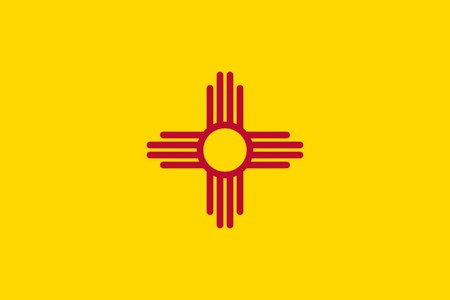 It took nearly 30 years for state authorities to take up the phrase. In 1935, New Mexico’s Tourist Bureau described the state as “the Land of Enchantment” in one of its brochures in an effort to attract visitors to the area. In 1941, the legend was added to license plates and came into common usage soon thereafter.

Before that, New Mexico had adopted the motto “the Sunshine State,” but had given up on the slogan in 1934 after Florida adopted it as its own official nickname. The state has also had a host of unofficial nicknames, including “the Land of Opportunity,” “the Land of the Heart’s Desire,” “the Cactus State,” and “the Spanish State,” the latter because it shares a border with Mexico.

The state has long enchanted visitors from around the globe, and its reputation for scenic diversity is well established.

The Fajada Butte is one of its more splendid sights. Situated within New Mexico’s Chaco Canyon, the butte rises more than 440 feet (134 meters) from the canyon floor and is surrounded by sweeping, arid plains. 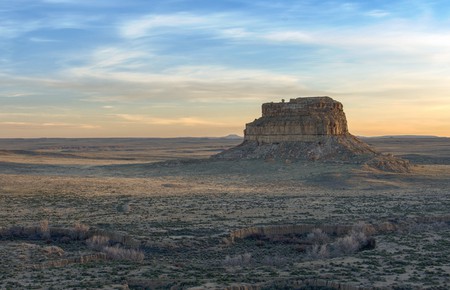 The Carlsbad Caverns National Park is another spectacular sight in the state. Stalactites drip from the ceiling of the Big Room, the largest underground chamber in the park. 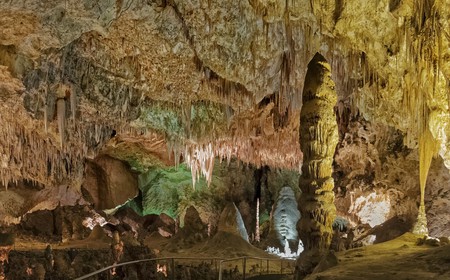 Snow may not be the first thing that comes to mind when you think of New Mexico, but you will find plenty during the winter in the Taos Ski Valley. Taos County has the highest mean elevation of any US county apart from Colorado, and is blessed with some of the country’s most picturesque scenery. 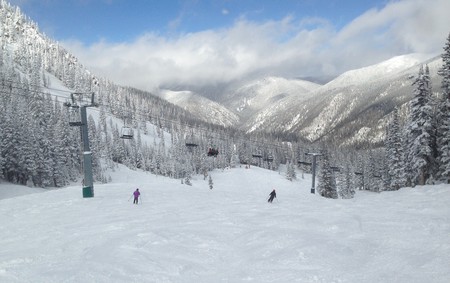 The Taos Ski Valley | © Paul Sableman / Flickr
Give us feedback