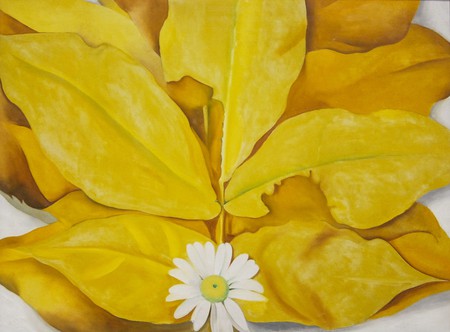 Known for her striking organic forms and vast, abstract desertscapes, Georgia O’Keeffe was one of the most radical painters of her generation. With an unusual yet distinctive aesthetic, O’Keeffe served as a leading artist in the 20th century, and her work is still widely celebrated. 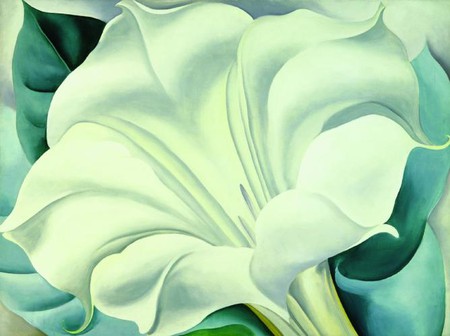 Georgia O’Keeffe created a new aesthetic with her synthesis of abstraction and realism. Developing an interest in art as a child, O’Keeffe studied at the Art Institute of Chicago in 1905 and later at the Art Students League in New York in 1907, where she was influenced by European avant-garde artists. She started experimenting with representational forms in charcoal and later, in watercolors. Her clear, precise lines and bold geometry was noticed by leading photographer and collector Alfred Stieglitz, who displayed O’Keeffe’s work at his famous Gallery 291.

While conceptually abstract, O’Keeffe’s work began to morph into recognizable forms. In 1918, she moved to New York with Stieglitz, whom she later married in 1924. It was during this period that she developed her highly identifiable aesthetic. 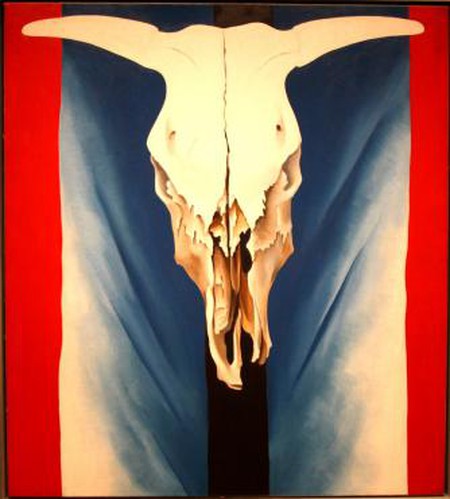 Influenced by Modernist photography, the oil paintings O’Keeffe produced in the 1920s were in direct response to New York’s urbanism. The artist portrayed magnified trees, flowers, and leaves. She entered a fruitful phase in her artistic career when she moved to New Mexico in 1949 following the death of Stieglitz. O’Keeffe had become fascinated with the region since she visited as a child, resided in a house on her beloved Ghost Ranch during the summers.

New Mexico’s vast landscape served as major inspiration for O’Keeffe. She said her paintings expressed “the wideness and wonder of the world as I live in it.” Working in Taos, her work focused on plant life, local architecture, scattered rocks, and animal skulls alongside the hills and mesas that characterized the region. 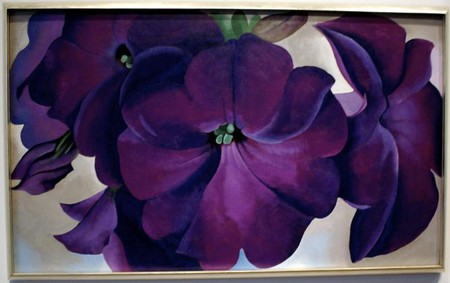 By the mid-20th century, O’Keeffe returned to the simpler abstraction of her early paintings, and she began working in clay. Her most notable work includes Desert Abstraction (1931), Red Hills and Pedernal (1936), Summer Days (1936) and Black Place (1944). O’Keeffe died in 1986 at the age of 98, and following her wishes, her ashes were scattered on top of her beloved Pedernal Mountain, on which she once remarked, “It’s my private mountain, it belongs to me. God told me if I painted it enough, I could have it.”

The Georgia O’Keeffe Museum in Santa Fe opened in 1997 and was the first museum dedicated to a female artist in the United States.