In Detroit, a city in the midst of a renaissance, formerly neglected areas are seeing new life and new possibilities. In the case of Detroit Hives, vacant lots presented a unique opportunity to revive a sense of community for the city.

Timothy Paule and Nicole Lindsey founded Detroit Hives in 2017, transforming a former dumping ground on the city’s east side into their first apiary. Both lifelong Detroiters, the duo was inspired by the city’s surplus of vacant properties.

“It takes a lot of work and a lot of dedication to transform a vacant lot into a bee farm,” says Lindsey, recalling the tall grass and garbage they had to clean out before establishing their inaugural bee farm. “When most people think of apiaries, they think they’re far off in the rural country parts of Michigan, but we decided to place this here.” 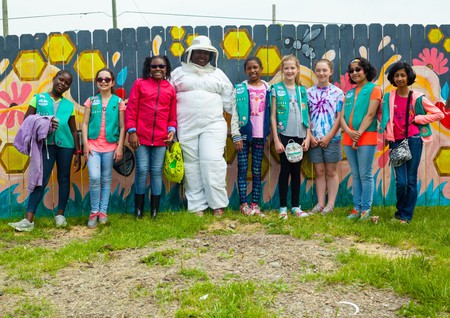 Studies have shown that vacant city lots like these are good for bees and actually increase native populations. Especially considering the global crisis of disappearing bees, the opportunity presented a win-win for Detroit’s residents and bees. For Detroit Hives, it was a chance to not only transform the community and help local honey bees thrive but also to educate the public on the importance of bees to human health and show how these industrious insects contribute to the world.

In many ways, the conception of Detroit Hives echoes the rebirth and creative spirit rippling across Detroit as a whole. “Detroit is a great place for people who have new ideas and want to see them come to existence and have them flourish,” Lindsey adds. “We’re a city of entrepreneurs and creatives, so it’s great to have a place like Detroit where we can do something like this.”

In the future, the pair plans to increase their hives throughout the city and continue the positive buzz they’ve worked hard to start. 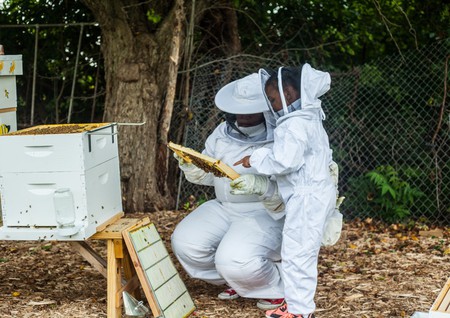