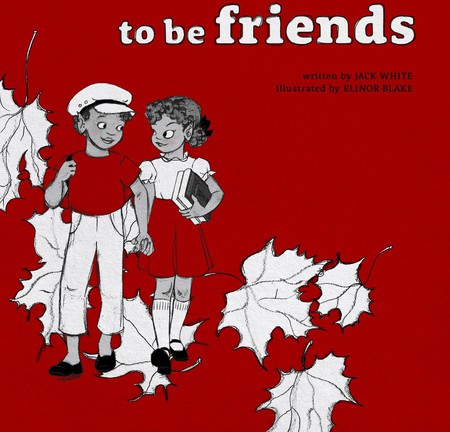 That’s right, you read correctly: garage rocker extraordinaire Jack White will be publishing a children’s book later this year, no doubt to coincide with the band’s 20th anniversary on July 14.

The book is called We’re Going to Be Friends, after one of the band’s cuter numbers—an acoustic piece about the start of the school year and the making of (you guessed it!) new friends. It was released as a single in 2002, and has been one of the band’s most popular songs ever since.

The story will follow recurring Stripes character Suzy Lee as she, just like in the song, “goes to school with her books and pens, looks for bugs, shows and tells, and finds a friend.” While White himself wrote the book, it will be illustrated by Elinor Blake—perhaps better known to some by the moniker April March—who has the enviable position of being both a successful animator (she most notably worked for the Ren and Stimpy show, as well as Pee-wee’s Playhouse) and musician.

The White Stripes’ ‘We’re Going to Be Friends’, along with cover versions by April March and The Woodstation Elementary School Singers, will be included with the book as digital downloads. Expect it to be published on November 7, courtesy of Third Man Books, the publishing wing of White’s record company—notable also for having released a vinyl children’s compilation and kid-sized turntable back in 2015; pre-orders are now available.