How This Boxer Is Changing the Lives of Detroit’s Youth 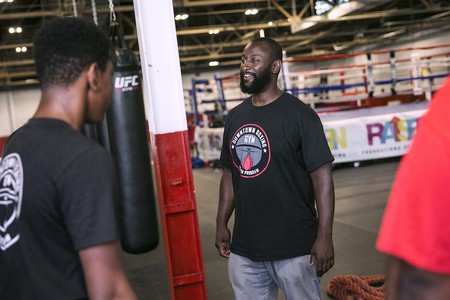 After an all-too-common tough start in life, Detroit native Khali Sweeney has made it his mission to help the city’s youth, using boxing to motivate those at risk of becoming disenfranchised with school and to teach lessons about discipline, focus, and the importance of education.

His upbringing was marked by a lack of family guidance and support, resulting in him becoming a high school dropout without any prospects or even a place to live. However, there was one thing he knew, something that had focused his mind when growing up—boxing. After casually teaching some kids a few things in a local park, he started the Downtown Boxing Gym Youth Program in 2007.

Five days a week, the program brings over 150 children from local schools to the gym, and though it may have started with boxing, it’s about far more than athletic training. As well as providing a safe haven and food for kids who often have neither after school, the motto of the program has always been “books before boxing,” with academic tutoring delivered alongside more general life lessons about accountability, sportsmanship, and perseverance. The overall aim is to empower kids from some of the city’s toughest neighborhoods to become positive and productive members of society.

Over 10 years in, Sweeney and his team are rightly proud of the effect they have had on the lives of the 267 kids who have completed the free program so far, which is demonstrated by a 100% high school graduation rate and 98% of kids going on to college. Sweeney is equally proud of providing something he never had as a child, a family, to so many. And, with community service another key aspect, the positive results are felt far beyond just the kids and families directly involved with the program.

Indeed, the impact of the program has been such that last year Sweeney was featured in the CNN Heroes series, which spotlights everyday people who are changing the world, being named one of the top 10 heroes of 2017. His work isn’t done though; with a waiting list of over 850 kids for the program, Sweeney and his team are focused on fundraising so that no one has to miss out in the future. 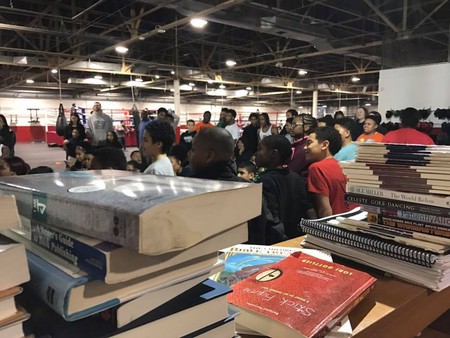