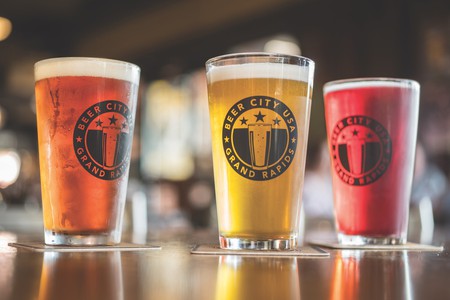 While the whole state of Michigan can claim to have one of the country’s most exciting and thriving beer industries, one of its cities has set itself apart. With nearly 40 breweries, beer tours galore and a calendar full of other beer-related events, Grand Rapids has proudly claimed the nickname Beer City and been voted the country’s best a number of times. We take a look at how it has earned its title.

Situated in the west of the Lower Peninsula, Grand Rapids is Michigan’s second-largest city and was primarily known as Furniture City for over a century due to its history of making office furniture. That was until 1997 when the Founders Brewing Company launched. The rise of Grand Rapids’ beer scene has been largely attributed to the success of Founders, which has become one of the country’s most recognizable and celebrated breweries. 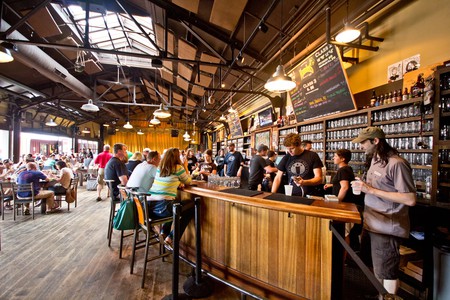 Not that it opening immediately led to a boom in craft beer in the city. While a number of popular breweries opened over the next 15 years, including Brewery Vivant, Grand Rapids Brewing Co., and Perrin Brewing Co., along with superior bars like HopCat and Logan’s Alley, the city wasn’t recognized as a national force until it won the Beer City USA poll in 2012 and 2013, despite having less than 20 breweries at the time.

Buoyed by the success, the city embraced its new title and the number of breweries has more than doubled in the subsequent four years. In 2016 and 2017, USA Today readers declared that it had the nation’s best beer scene, and more than 40,000 beer tourists now visit annually. 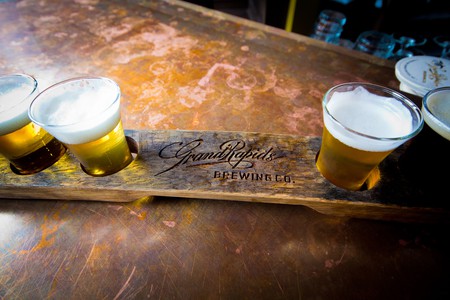 But, aside from a large concentration of breweries, what makes Grand Rapids worthy of the Beer City name? To encourage its newfound beer tourism, the city has launched schemes like the Beer City Brewsader Passport, which offers rewards for visiting select local breweries, various beer transportation options for safe travel around the city, and the Beer City Ale Trail, with over 80 breweries from the city and the surrounding region mapped out. There are also annual events like Beer Month GR, the Winter Beer Festival, and Founders Fest, while many of the city’s hotels now also offer Beer City packages, where your accommodation comes with a variety of swag like customized glasses and growlers and, of course, beer.

Then there’s the quality of the establishments themselves. As well as Founders, which has won numerous medals across the globe for its beer, HopCat has won Best Brewpub in the nation five years in a row, and Siciliano’s Market has also been called world-class by Beer Advocate.

With so many breweries to tour, bars to visit and bottle shops to buy from, a single trip can only really scratch the surface of Beer City, so don’t delay in making it your next “beercation.”