Detroit’s complex and multilayered history makes it a fascinating city to discover. Although it may not be considered a typical cultural destination, Michigan’s largest city is actually home to stunning street and public art, as well as several high quality exhibition spaces. We profile ten of the best contemporary art galleries in Detroit. 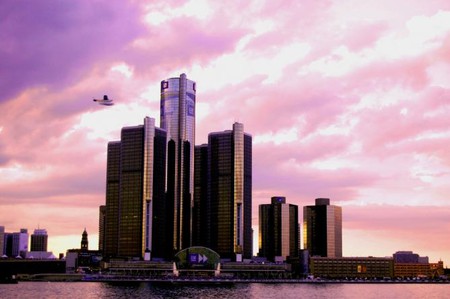 MOCAD Woodward Ave | Exterior: NEKST Murals, 2013 by DONT, VIZIE, POSE, OMENS, REVOK, and SKREW | Photo by Colin M. Day
The Detroit Artists Market is an institution located in the heart of Detroit’s arts scene. It was founded in 1932 as a venue in which local artists could sell their work. Having stood the test of time, the Market has been the oldest not-for-profit gallery in the Midwest. Located in the Midtown neighborhood of Detroit, close to Wayne State University and the Detroit Institute of Arts, this is a great place to see work from up-and-coming artists and to feel the pulse of the buzzing Detroit contemporary art scene.
Open In Google Maps
4719 Woodward Avenue, Cass Corridor, Detroit, Michigan, 48201, USA
+13138328540
Visit Website
Give us feedback

Housed in a 22,000 square-foot ex-auto dealership designed by architect Andrew Zago, the Museum of Contemporary Art Detroit stands emblazoned with murals by local street artists. Its appearance reflects its purpose; it’s urban, edgy, and constantly evolving with the rhythms of the city. A non-collecting museum, MOCAD intentionally doesn’t have a permanent display. This allows the space to transition with changing trends, consistently responding to changing aesthetics.
Open In Google Maps
4454 Woodward Avenue, Midtown, Detroit, Michigan, 48201, USA
+13138326622
Visit Website
Give us feedback

4731 is a notable community of artists and curators. A regenerated urban space with a creative and collaborative atmosphere, the building not only houses an award-winning gallery, but it also comprises 31 studio spaces for local artists. This innovative set-up, set to the backdrop of the charming Woodbridge area, has won 4731 multiple awards and a reputation as one of the most exciting spaces in the city. 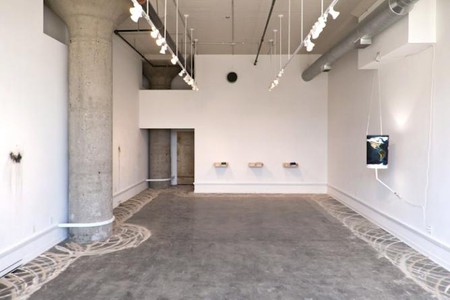 Founder Simone DeSousa is one of the most influential voices in the Detroit art scene, and a leader in the city’s burgeoning regeneration. DeSousa set up Re:View upon realizing that Detroit’s economic woes could actually foster a fresh start for up-and-coming artists, considering unusually cheap rents and plenty of space in unused industrial buildings. What she hypothesized may have seemed somewhat counterintuitive at the start, but DeSousa has since turned the gallery into a flourishing venue for contemporary art, proving herself a much more than competent curator and a fine cultural entrepreneur. Visit Re:View to see work by Michigan’s leading artists, displayed in a bright, cool loft space that can rival the galleries of New York City.

Founded in 2002, this gallery has been community-focused from the beginning. Committed to promoting community re-generation with culture and arts education programmes, 555 uses its resources and stature to exhibit work from talented young artists from institutions like the University of Michigan School of Art, alongside internationally known artists like Takako Miyoshi and New York-based cartoonist David Rees. Aside from hosting exhibitions, 555 rents out studio space and maintains an artist-in-residence program. 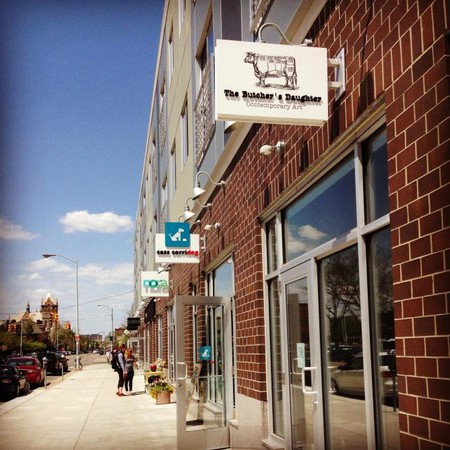 Since opening in 2009, The Butcher’s Daughter has enjoyed a high level of critical success in the Sugar Hill Arts District. It has been featured in The New York Times, The L.A. Times, and the Chicago Tribune. Hosting exhibitions on the cutting-edge of contemporary art, this space sets a high standard for the city. The gallery’s idiosyncratic name draws on the profession of founder Monica Bowman’s family, as she comes from a long line of butchers. She likes to think that a gallery curator should approach their work just like a butcher: keeping it fresh and of the highest possible quality. 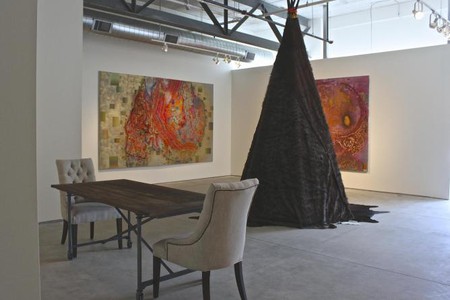 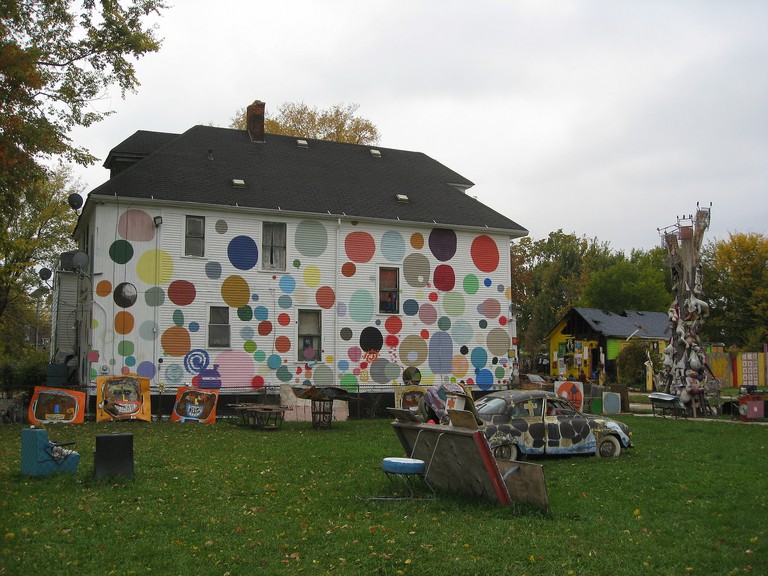 The Heidelberg Project | © soupstance / Flickr
Back in 1986, Tyree Guyton embarked on a remarkable project to revitalize Detroit’s East Side by taking to the streets and bringing art directly to the people outside of a formal gallery context. The Heidelberg Project is an open-air art gallery that Guyton and fellow artists used to transform their neighborhood into an art installation, with painted houses and colorful exhibitions. Named after the town in Germany whose university was integral to the religious and political upheavals of the Renaissance, The Heidelberg Project aims to turn Detroit into a place of artistic and cultural relevance.
Open In Google Maps
3600 Heidelberg Street, McDougall - Hunt, Detroit, Michigan, 48207, USA
+13134588414
Visit Website
Give us feedback

Founded in 1979 by, amongst others, artists Charles McGee and Jean Heilbrunn, CAID (Contemporary Art Institute of Detroit) has carved a niche for itself in the city’s contemporary art scene. Pushing the boundaries of artistic convention since its establishment, CAID regularly hosts cutting-edge performance pieces and experimental dance installations as well as traditional fine art. Committed to keeping lively cultural debate at the heart of Detroit’s regeneration, this gallery has been instrumental in setting up a number of significant community-related projects and has, together with its successes as a prime art space, assured itself the reputation of an institution with both head and heart.

The Scarab Club has been a Detroit institution since 1907, making it one of the city’s longest-running cultural spaces. Originally founded as a venue for artistic discussion between advertisers, designers, and other creative individuals employed by the automotive industry, the Club now hosts regular exhibits and is widely known for its lively social events such as the annual Costume Ball, which has been a staple of the Detroit social season since 1913.

The N'Namdi Center for Contemporary Art

Art Gallery
Facebook
Email
Twitter
Pinterest
Copy link
Share
Map View
The N’Namdi Center has earned a reputation as a leading venue for contemporary art in Detroit. Situated in the Sugar Hill Arts District, it’s in the heart of Detroit’s art scene and has managed to distinguish itself with a strong, progressive voice. Regularly hosting exhibitions with a bearing on social issues like race relations, the N’Namdi Center is a great place to go for those wishing to gain an insight into Detroit’s cultural politics.
Open In Google Maps
52 East Forest Avenue, Midtown, Detroit, Michigan, 48201, USA
+13138318700
Visit Website
Give us feedback
Give us feedback