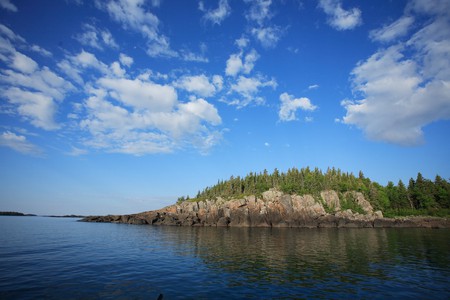 Though Michigan has the distinction of being the only U.S. state with two peninsulas, people mainly associate it with the Lower Peninsula, or the “Mitten” as some affectionately call it. But the Upper Peninsula has much to offer, especially for fans of the great outdoors. State parks, shorelines, historical sites, waterfalls and more are all waiting to be explored. What are you waiting for?

If you’re coming from the LP, you’ll cross the five-mile (eight-kilometer) Mackinac Bridge, the longest suspension bridge in the Western Hemisphere and a great activity in its own right. It offers some amazing views of the Great Lakes of Michigan and Huron and plenty of islands as well. The toll is $4. 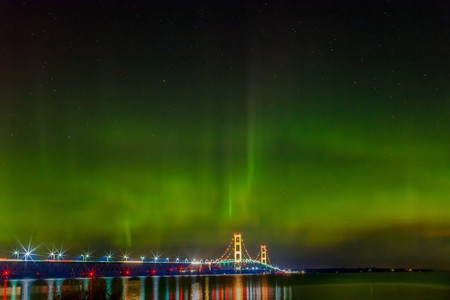 Visit Sault Ste Marie, one of the country’s oldest cities

This city on the border with Canada is the third oldest city in the U.S., celebrating its 350th anniversary in 2018, and is known as “the place where Michigan was born.” Its main attraction is the Soo Locks, the busiest locks in the world, which also includes the largest lock in the Western Hemisphere. Watch large vessels use the locks, and learn more about them at the Soo Locks Park & Visitor Center. 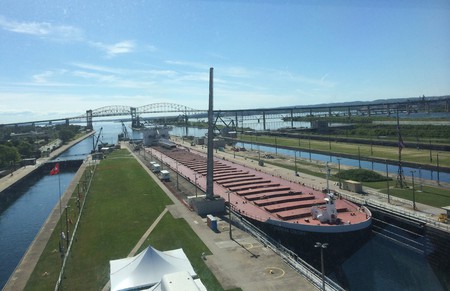 Try a pasty, a staple of the region

In the early 1800s, miners from Cornwall, England, came to the UP to mine copper deposits and brought pasties with them. For those unfamiliar, a pasty is a small, hand-held pie, typically filled with ground meat and vegetables, though many exotic varieties are also available at specialist pasty shops, which can be found all over the region.

That’s right, as well as Hell, Michigan, in the LP, the UP has a town called Paradise. On the shores of Lake Superior, Paradise has sandy beaches and lakeside hotels and cabins. It’s also a good base for the two following attractions.

Saw a Northern Goshawk and a Bohemian Waxwing today, not a bad day in Paradise

Learn about shipwrecks at Whitefish Point

One of the top maritime museums in the world lies 20 minutes north of Paradise on what’s known as Lake Superior’s Shipwreck Coast. At the Great Lakes Shipwreck Museum, you can learn all about the dangers of maritime transport, including the mystery of the Edmund Fitzgerald, which was lost 17 miles (27.3 kilometers) northwest of Whitefish Point. You can also tour Whitefish Point Lighthouse, the oldest operating lighthouse on Lake Superior. 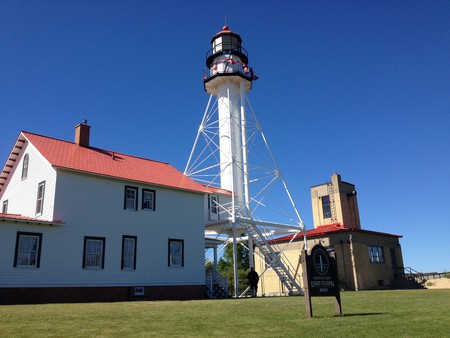 West of Paradise is Tahquamenon Falls State Park, containing one of the largest waterfalls in the U.S. and one of the UP’s top attractions. The spectacular Upper Falls are 200 feet (60.9 meters) across with a drop of 50 feet (15.2 meters), while the Lower Falls is a series of five smaller falls. They are the centerpiece of more than 50,000 acres of wilderness. 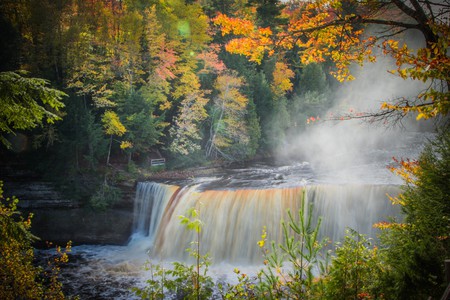 The highlight of this National Lakeshore is the towering sandstone cliffs that give it its name. For more than 15 miles (24 kilometers) along the shoreline, the cliffs vary between 50 and 200 feet (15.2–60.9 meters), with caves, arches, and turrets aplenty and stunning displays of color caused by the rocks’ natural minerals. A cruise is the best way to see them. 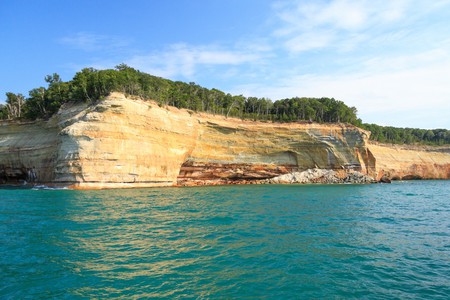 Check out its largest city

Marquette is the UP’s largest city, though its population is barely over 20,000. Still, there are plenty of things to do there, with breweries, museums, galleries, and shopping to check out.

Learn about history at the Fayette Historic State Park

Tucked away on the edge of the Garden Peninsula, the Fayette Historic State Park has both nature and history. Its well-preserved museum village has more than 20 buildings from the 19th century, a time when it was a bustling industrial community, and you can learn about life during that time on guided tours. It also has hiking and beautiful views on its cliffside trails. 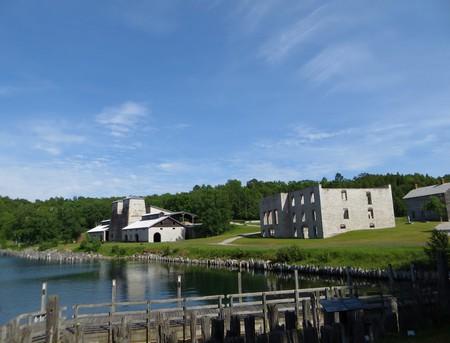 Close to the Wisconsin border, the Porcupine Mountains Wilderness State Park is Michigan’s largest state park, with 90 miles (144 kilometers) of trails to wander, Superior shoreline and inland lakes to see, and even an 18-hole disc golf course. The park is also popular in winter, offering some of the best skiing in the Midwest.

Fog on the mountains and fiery color in the trees – sounds like the makings of #PureMichigan chart topper! 🎶 📸: @akashwadh #PureMichigan #PureMichiganScenicRoute #NikonFallMI #PorcupineMountains #Porkies

Get wild on Isle Royale

If you’re really looking to get away, the Isle Royale National Park offers true peace and quiet. Sitting close to the Canadian border on Lake Superior, it takes a three-hour ferry to reach from Copper Harbor and has no vehicles or roads across its 210 square miles (544 square kilometers). Instead, it has 165 miles (266 kilometers) of hiking trails between 36 campgrounds. If you enjoy hiking but draw the line at camping, there’s always the Rock Harbor Lodge.