The Best Hotels to Book in South Boston, Massachusetts, for Every Traveler 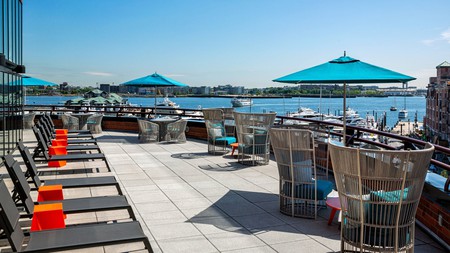 Whether you’re in South Boston for the St Patrick’s Day Parade, delightful waterfront or gastronomic delights, there’s a hotel to suit your style. Here are the best.

South Boston – Southie, if you want to get personal – was traditionally an Irish-American neighborhood, still seen in the annual St Patrick’s Day Parade. Now there’s a thriving hospitality scene, featuring trendy harborside restaurants and the best pizzerias around. Elsewhere, the gas-lit streets and brick sidewalks serve as a Hollywood backdrop (you might have seen them in 1997’s Good Will Hunting and 2015’s Black Mass), while the flourishing Seaport waterfront is a major draw for visitors to New England. Here are the best hotels in South Boston – bookable on Culture Trip. 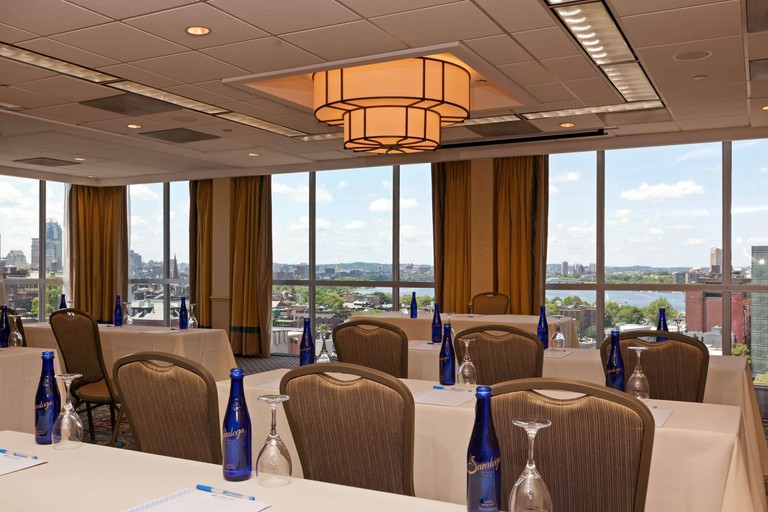 Grab a front-row seat to the waterfront on the sundeck of the Wyndham, where you’ll also find one of the only seasonal outdoor pools in the city. Inside this hotel in South Boston, the 304 modern rooms and suites come with welcome touches, such as iHome clock radios, Wolfgang Puck coffee and Blue Harmony toiletries. Food is sorted at the casual diner (breakfast buffets, freshly made sandwiches and small plates), and there’s a machine-filled fitness center. 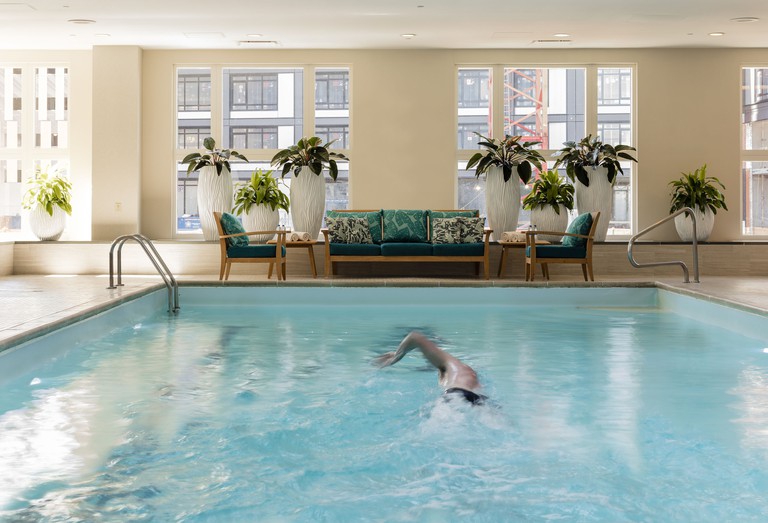 Courtesy of Seaport Hotel / Expedia
One for the eco-concerned, the Seaport Hotel has in-room recycling, an energy-savvy smart roof and a resident community of more than 1m bees (dine in the restaurant to try their honey). Many rooms have harbor views, and there’s a no-tipping policy for a simpler stay. It’s also a great choice for conferences and weddings, as it has 27,000sqft (2,508sqm) of event space. 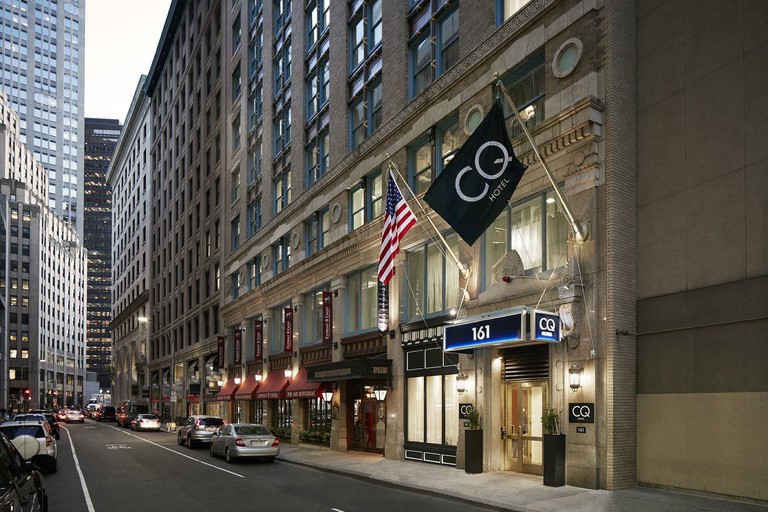 Sitting downtown within the financial center, the Club Quarters Hotel is perfect for the city explorer. Among the many attractions within walking distance are Post Office Square, Faneuil Hall Marketplace – one of the top things to do in Boston – and the waterfront. Back at the hotel, the Elephant & Castle Pub and Restaurant serves English pub grub and an impressive list of beers on tap. Elsewhere, the Club Living Room is a private lounge with complimentary tea and La Colombe coffee, along with collaborative workspaces. 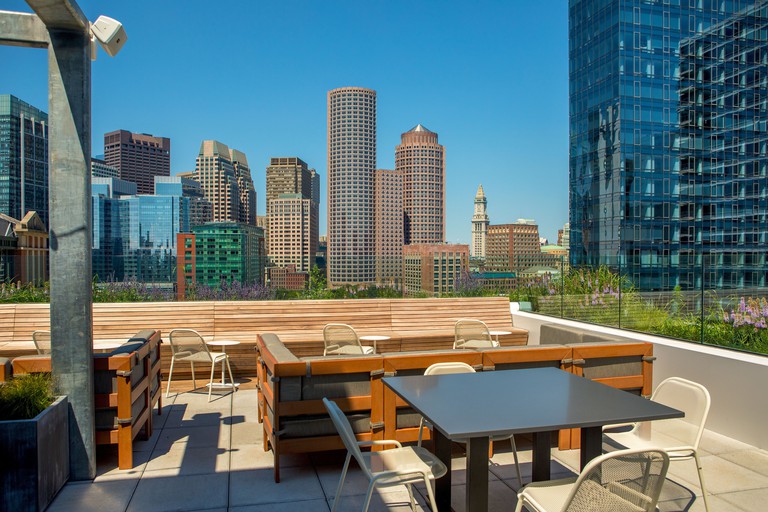 Japanese-inspired but with a British twist, the YOTEL brand makes smart and ergonomic living an affordable choice. At this hotel in South Boston, self-service terminals, award-winning beds and adjustable mood lighting make a stay in one of the cabins a minimalist but comfortable experience. Climb to the 12th-floor deck of the Seaport Boulevard hotel for 270-degree views. 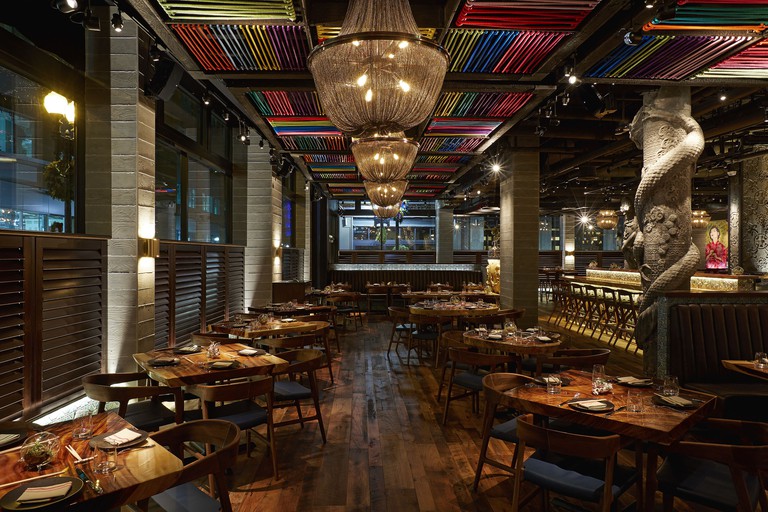 The Godfrey Hotel Boston was built at the turn of the 20th century by local architect Arthur Bowditch in a striking Gothic Revival style. Today, marble walls and staircases, terracotta exteriors, iron balustrades and original vintage elevators sit alongside 1950s-meets-contemporary decor. On the ground floor is Ruka, a Peruvian-Japanese fusion restaurant, where sushi and ceviche are served in an atmospheric setting inspired by the landscape and culture of South America. 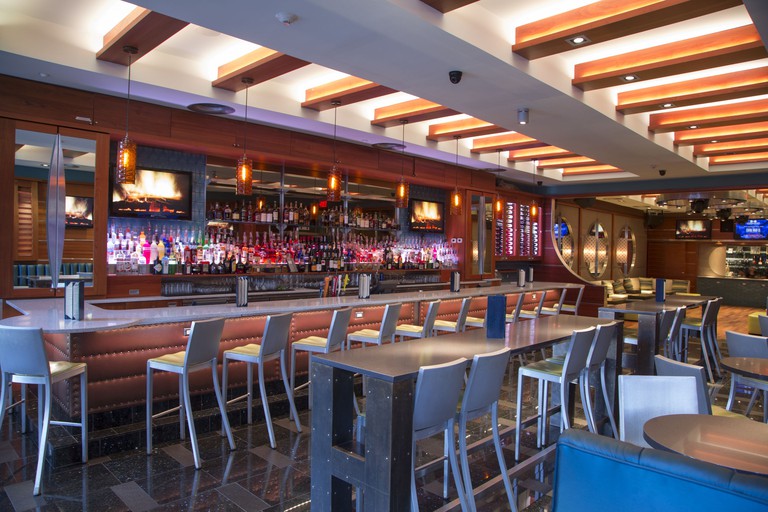 This 200-room inn was once a mercantile shipping warehouse, dating back to 1846. It now has interiors with European finishes, custom-made furnishings, exposed granite, brick walls, extra-high ceilings, oversize windows and designer decor. An on-site Starbucks will satisfy your cravings for caffeine, while there’s a modern bar for nightly cocktails. 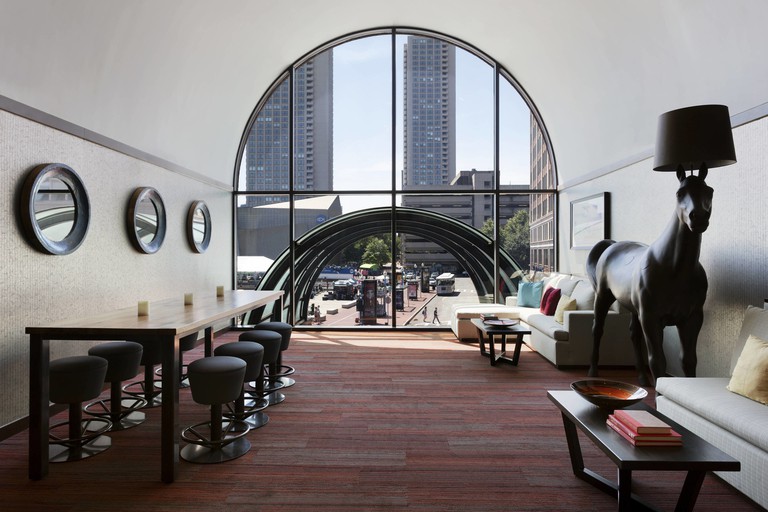 Butting up against Long Wharf in the harbor, this Boston hotel has a prime waterfront location. Take advantage of those views at the appropriately named Waterline restaurant, where dishes created from locally sourced ingredients are best enjoyed while gazing out the tall windows. The dependability of the Marriott brand means you’ll find a fitness center with Peloton bikes, an indoor pool with cityscapes and a stylish selection of rooms and suites in navy blues and grays. 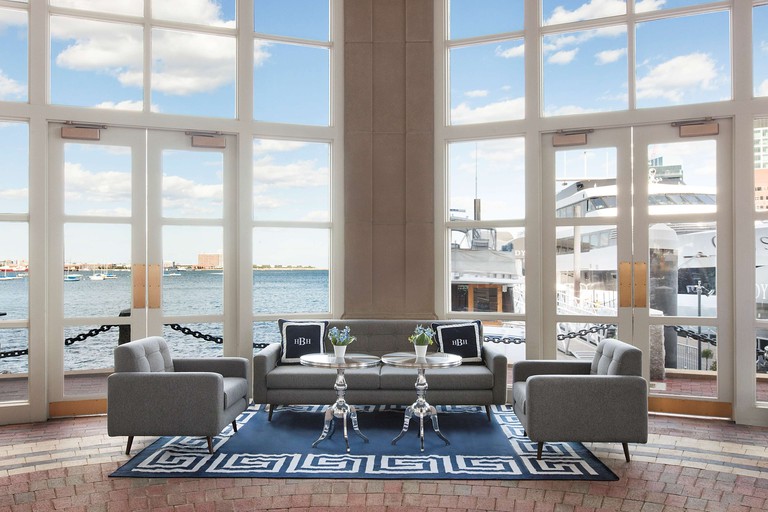 Part of the yachting crowd? This prestigious, five-star hotel has a full-service marina. Disembark to find a grand retreat with a coastal theme that sweeps throughout the interior, extending to the tranquil and exclusive private health club. Fresh New England seafood is served at the award-winning and romantic Rowes Wharf Sea Grille, with the option to dine on the terrace beside a roaring fire as the sun sinks into the horizon.