Why New Orleans Is the Perfect Destination for Music Lovers 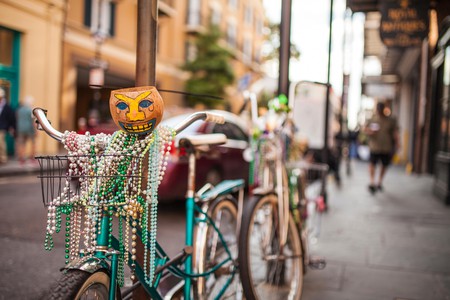 Music is everywhere in New Orleans. Brass bands explode on the corner of the street, kids turn buckets into drums and buskers serenade you everywhere you go. It’s like the whole city is collaborating on a long, continuous set that never ends.

The people of Nola don’t ever need a good reason to party but when they have one, boy do they hit it hard. The Louisiana city is best known for it Mardi Gras parade; a riot of floats, non-stop boozing and colourful fancy dress.

They celebrate resurrection because they are the ultimate comeback kids. Their own was just as spectacular. Eighty percent of the city was flooded by Hurricane Katrina in 2005. In the 12 years since, they’ve rebuilt extensively and become stronger than ever, forever partying and always playing music. As their motto goes – ‘laissez les bons temps rouler’ – a Cajun French phrase that means ‘let the good times roll’.

So when they celebrate their 300th anniversary next year, you know they’re going to go all-out. Ahead of their monumental birthday, here’s why music lovers need to visit New Orleans at least once in their life.

Nola is known as the birthplace of jazz, and the city is doing its damnedest to preserve the New Orleans tradition. Preservation Hall was set up in 1961 to do just that.

It’s exactly what you’d expect when you think of a jazz venue in the city or any jazz venue, in fact. It’s small, it’s dingy, and you can almost see the collective sweat of years of musicians dripping off the walls. There’s no bar or toilets. Seating is either cushions on the floor or benches. It’s the bare basics because all that matters is the music. 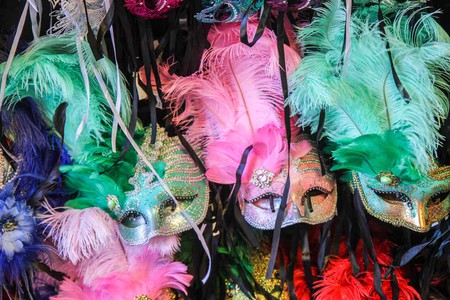 There are several one-hour shows each night. Things get cramped but watching the ever-changing roster of musicians – all grizzled veterans of the jazz scene – improvise in each show is thrilling stuff.

You can go on private jazz tours…

If it’s not enough to be immersed in the music and you want actual facts, then book yourself on a private tour. Jazz expert and musician John McCusker knows everything there is to know about the genre in the area.

His Cradle of Jazz tours take you around the local landmarks including Louis Armstrong Park, The Karnofsky Tailor Shop, Iroquois Theatre and Eagle Saloon on Rampart Street. He’ll even play you relevant jazz clips, while filling you in on the lives of legends such as Sidney Bechet.

To set up a tour, email John here.

Or a jazz cruise…

Sure, it’s more dinner jazz – literally as they serve lunch and dinner on the boat – than cool jazz but taking a cruise along the Mississippi River is a pleasant way to spend an afternoon. There’s a live band to keep you entertained as you chug along, taking in the sights. Steamboat Natchez Riverboat offer two-hour trips with food being optional.

You can hang out with locals on Frenchmen Street…

Tourists cram themselves onto Bourbon Street (party central), Royal Street (pretty and full of antiques) and Chartres Street (quaint shops), but everyone in Nola knows the best street to go to for an authentic New Orleans musical experience is Frenchmen Street. This is where locals head to when they go out, and it’s packed full of rowdy music venues. Also, you can find the city’s best record shop, Louisiana Music Factory, there. 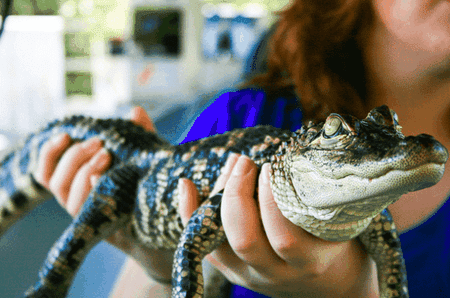 If you want to take a break from music and the city, then book yourself on a swamp and bayou tour to get a taste of the real Louisiana. As well as gators, you also stand a good chance of seeing egrets (a type of heron), raccoons, nutria, and snakes. Lots of snakes. Some of the wildlife don’t like the cold and hibernate in the winter.

Another alternative if you want a day trip away from the city is to visit a plantation to explore the state’s history with slavery. You might recognise Oak Alley from the 1994 film Interview with a Vampire or Beyonce’s ‘Déjà Vu’ music video. Other popular choices include the Laura and Whitney plantations.

And stuff yourself with nice food… 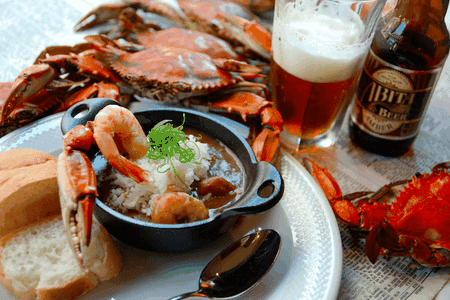 New Orleans has several dishes that every visitor needs to try on a trip over there. For the most flavourful jambalaya head to Mother’s, an insanely popular, spartan canteen-style restaurant. For gumbo, a stew traditionally served with rice, it’s got to be Gumbo Shop.

Take a trip to Treme for the crispiest fried chicken you’ve ever tasted at Willie Mae’s Scotch House. Try Johnny’s Po-Boys for tasty, traditional Louisiana sandwiches stuffed with seafood or meat. But be warned, the portions are huge. 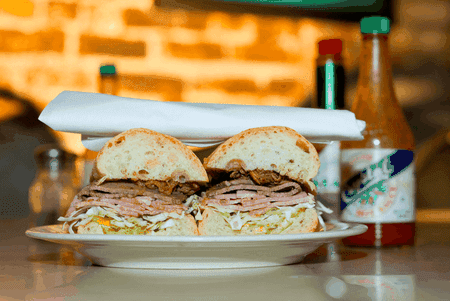 Cafe du Monde is the best place to go to for coffee and beignets. These are pastries made from deep-fried choux pastry. Don’t get them to go. Eat ’em fresh and fluffy from the fryer as the powdered sugar melts on top.

If you’re in the mood for something fancier, Ace Hotel’s Seaworthy restaurant is worth a visit even if you’re not staying there. There, you can slurp down the freshest oysters, tuck into inventive seafood dishes and get boozed up on their extensive cocktail menu.

W Hotel’s SoBou is another great option for fine dining. The trendy restaurant with its walls made up of glass bottles is extremely Instagrammable, while its dishes – a modern update on Creole fare – have flair and flavour. 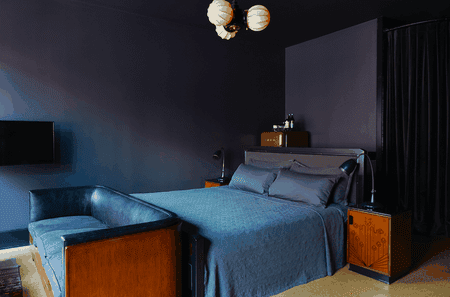 If Ace Hotel New Orleans were a person, it would be your handsome older brother. Cool, slightly rebellious and always in the know about the hippest places to go. The rooms are styled like bachelor pads – think black leather, muted grey paint and wood furniture. There’s a record player too, in case you feel like spinning some vinyl, while a Smeg fridge houses the mini-bar.

It’s located in the up-and-coming Warehouse District, which is showing all the right signs of gentrification and is a 15-minute walk to the French Quarter. But the best thing about it is the rooftop pool and bar. Both are sometimes open to the public and it’s the place to be seen on a Friday night.

There are two restaurants – Josephine Estelle, which specialises in Italian food, and Seaworthy, which focuses on modern seafood. Downstairs, there’s an intimate gig venue, Three Keys, which puts on shows most nights. There’s also a coffee shop, where you’ll find creative types hard at work so, really, there’s no need to leave the hotel, is there?

Rooms start from $159 (£120) per night. For more information visit www.acehotel.com

Another option is International House Hotel. It’s very close to the French Quarter, but far away enough to avoid all the noise and crowds. Rooms are bright and spacious, with a luxurious feel to them. The furnishings are opulent – big mirrors, regal armchairs and marble tables. There are even chandeliers in some rooms. Plus, the comfiest pillows you’ve ever slept on.

They have a cosy candlelit bar called Loa, which offers seasonal cocktails. It’s the perfect place for a romantic night out. The hotel doesn’t have its own restaurant but it does offer free tea, coffee and fruit in the mornings.

For more information on the city visit www.neworleanscvb.com