The Most Unique Experiences in New Orleans 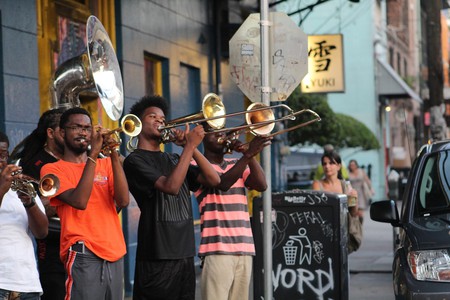 It’s been said time and time again, but let us emphasize, there really is no place like New Orleans. With its blend of French, Italian, German, African, Caribbean and Irish roots, the city is a true melting pot that has adapted to, updated and preserved old traditions from far-off places. With that in mind, these are experiences you can only have in the Big Easy.

A sno-cone is nothing compared to a snowball in New Orleans, which has seemingly lifesaving (or at least, life-affirming) qualities: perfectly textured ice, flavored syrups and, if you so choose and your sweet tooth is really serious, the addition of ice cream or sweetened condensed milk. Snowballs are the seasonable treat that make the summer humidity much more tolerable. Plus, they usually cost no more than a buck or two, which further “sweetens” the deal. 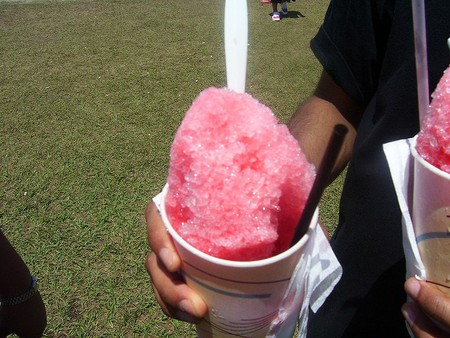 Witness or join a second-line parade

A second-line parade is one of New Orleans’ most unique traditions, and can serve a number of purposes. But at their core, they are about celebrating life – even in death. They’re not difficult to find, either. They are popular post-wedding ceremonies in the French Quarter and beyond, and they are also associated with jazz funerals for New Orleans’ prominent musicians. The “first line” includes the brass band, along with members of the club, organization or family being honored. The “second line” is, well, everyone else: revelers, mourners and those who just happened to be in the right place at the right time who want to (respectfully) join in. 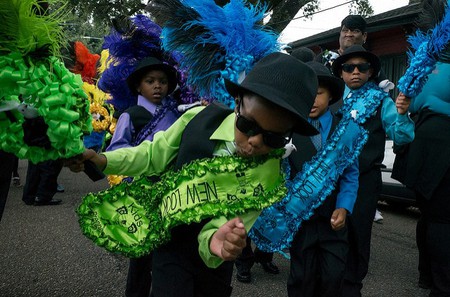 Be a part of Carnival season

New Orleans is known for its Mardi Gras and Carnival Season. Technically, “Mardi Gras” refers to the grand culmination on Fat Tuesday, while “Carnival” refers to the entire season of revelry that kicks off on January 6th. The date for Mardi Gras, however, changes every year, so the season varies in length. During this annual citywide fete and time of excess, the streets are filled with organized parades and other impromptu celebrations full of costumes, dancing and celebrating life in the Big Easy. 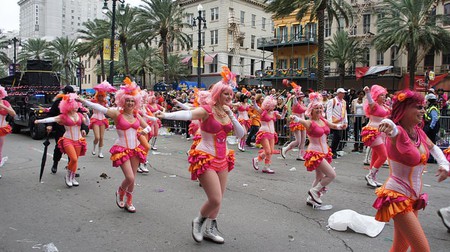 Take a few hours to cruise the Mississippi River

Taking a ride along the Mississippi River is something that should be on every visitor’s bucket list, especially if you have an affinity for the nautical life or are interested in history (or perhaps an affinity for Mark Twain, who famously chronicled life along the muddy river in several of his stories). The waterway is still a deeply important route for international and domestic trade, as well as a thoroughfare for cruise ships headed to and from international destinations. You’ll likely see multiple freight ships and tugboats along the way, as well. Both the Creole Queen, a paddlewheeler, and the Steamboat Natchez, a true steamboat offer tours, and your ticket to ride usually covers a traditional New Orleans meal, a chance to learn about history and live music. 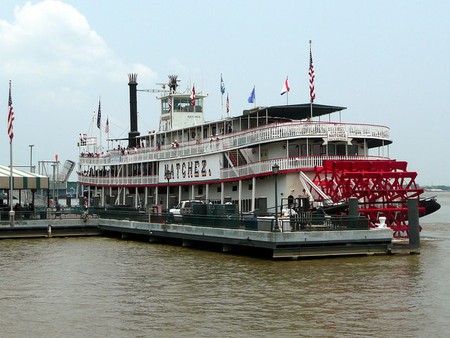 Every spring, the smell of spicy, hot-boiled crawfish permeates the air of New Orleans, no matter what neighborhood you find yourself in. Crawfish are ubiquitous across South Louisiana, and New Orleanians are particularly passionate about cooking up these little crustaceans that absorb flavor like nothing else. When in season (usually spring through mid-summer), crawfish are sacrificed to bring people together at casual, social outdoor gatherings. 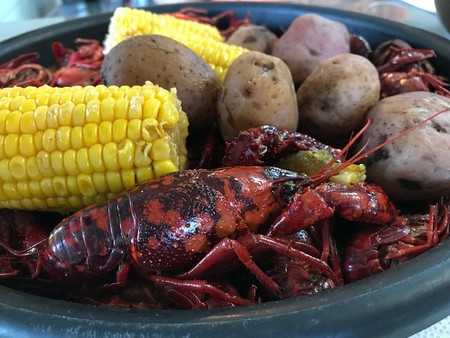 New York is sometimes dubbed the ‘City that Never Sleeps’; New Orleans could rightfully claim that motto as its own, though. With bars and music clubs that stay open until the wee hours, “last call” is a mostly unfamiliar term here. Some spots stay open 24 hours a day, while others just merely stay open until the last patrons have gone home for the night (or morning).

Celebrate Easter in the French Quarter

In the 1980s, well-known club owner Chris Owens, a singer and cabaret performer, started the French Quarter Easter parade, which has now become a massive celebration that kicks off at the intersection of Canal and Bourbon. Religion plays a very little role in this parade; instead, look for giant Easter bunnies, revelers in seersucker and fancy hats, lots of booze and marching bands. For the past several years, this mainstay parade has been followed by a couple of smaller parades, which celebrate LGBTQ pride in the area that has historically been a haven for the LGBTQ community. The whole neighborhood gets in the spirit: bars offer drink specials and host drag performances, as well. 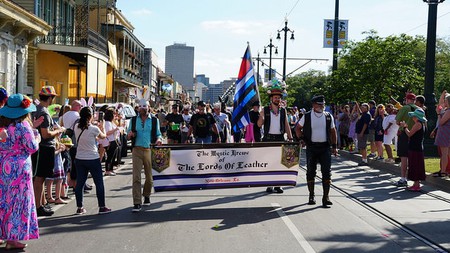