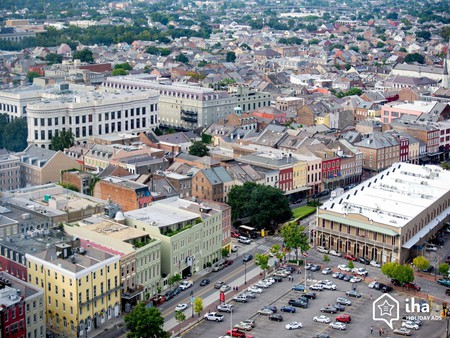 Spanning almost 300 years, New Orleans’ blueprint is shaped by an array of historic architectural treasures from different time periods and cultures. With imported old house forms and styles, NOLA’s traditional Southern designs may be one of the only destinations in America to have fostered colonial building traditions in the new world. Its world-famous architecture, which features 20 historic districts on the National Register (more than any other city in the U.S.), stems from New Orleans’ unique multicultural heritage as well as its rich history, which is vividly reflected throughout the city in many of the homes and buildings. Stroll around New Orleans filled with architectural knowledge: here are seven New Orleans buildings that represent the city’s quintessential style.

Found mainly in the historic district of the French Quarter and its surrounding areas, the Creole Cottage is a vernacular style house, which means it was built based on local needs, availability, construction materials and reflecting local traditions, and is one of the earliest remaining local housing styles in the Crescent City. Built around 1790-1850, the architectural design is said to have evolved from French-Canadian and Caribbean colonial house forms, while its physical composition features single story homes set at ground level with steeply pitched roofs and full-front porches that face the street. 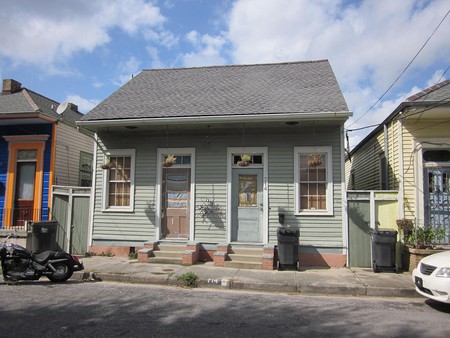 Appearing first in its Creole form during the late colonial period, the American Townhouse is a building found mainly around New Orleans’ urban areas. Built from 1820 to 1850, this architectural style can be found around the Central Business and Lower Garden district, and its blueprint is composed by narrow, two or three-story structures made of brick or stucco. The style features an asymmetrical arrangement of facades with balconies on the second floor. 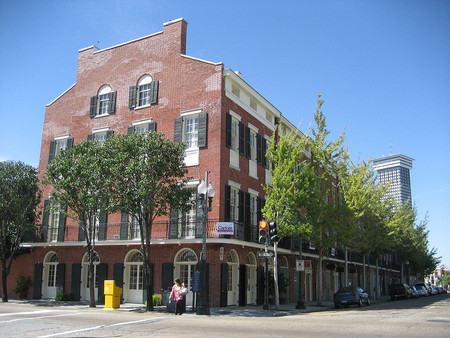 The Creole Townhouse, one of the most iconic pieces of architecture built in New Orleans, is a two to four-story structure set at or near ground level. First assembled in 1788, these buildings can be found around the French Quarter and its neighboring district, the Faubourg Marigny. This historical structure was developed after the Great New Orleans Fire, which destroyed 856 of the 1,100 structures in the city. Inspired by French and Spanish buildings made of brick or stucco, the Creole Townhouse features asymmetrical arrangements of arched openings, steeply-pitched roofs with parapets, side-gables, cast-iron balconies at second or third levels, and often multiple roof dormers. 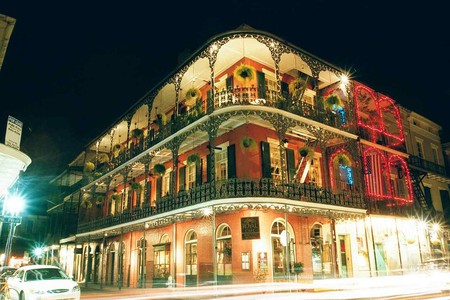 Elaborate ironwork galleries on the corner of Royal and St. Peter streets | © Falkue/WikiCommons

Dating back to the 1830s, the Shotgun House is a 19th-century structure that bears a strong resemblance to Caribbean house types, a narrow domestic residence no more than 12 feet wide with doors at each end. Found throughout New Orleans, this architectural icon is the city’s predominant house type. Typically composed of a one-story rectangular home raised on bricks and supported by columns and brackets, the Shotgun has a narrow front porch, wooden exterior, a roof apron and often lacey, Victorian ornamentation. 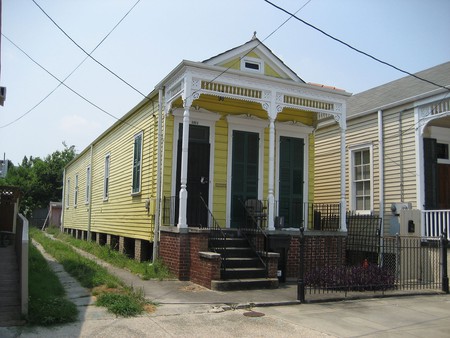 The raised center-hall cottage, built in NOLA between 1803 and 1970, is a structure similar to the Shotgun style house but with a secondary story set at the rear of the house. Found mostly in the Garden District and around the Uptown neighborhood, these cottages are rectangular, narrow buildings raised two to eight feet above ground on brick piers, with five openings, side-gabled roof, and an exterior made of wood.

Built in New Orleans between 1820 and 1850, the double-gallery house is an architectural gem found mostly around the Lower and Garden district, Uptown neighborhoods as well as Esplanade Ridge. This two-story structures are designed to be raised on low brick piers and hold an asymmetrical arrangement of façade openings. While the house, which is set back from the property line, is framed by columns and supported by entablature, its composition represents a variation of the 19th-century American townhouses built around the city. 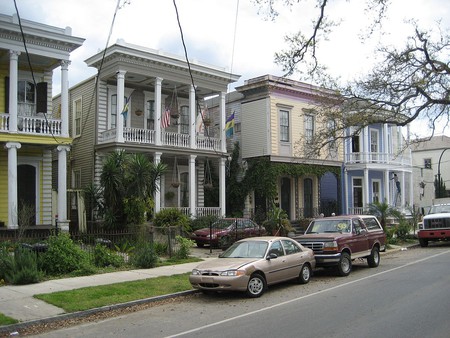 A row of double-gallery houses on Esplanade Avenue, New Orleans | © Infrogmation of New Orleans/WikiCommons
Give us feedback