An Insider's Guide to the Amazing Architecture of New Orleans

Like the food, music and art, the architecture of New Orleans reflects the city’s multifaceted culture. When you imagine the structures of New Orleans, the vine-covered balconies in the French Quarter or the shining roof of the Superdome may spring to mind, but each neighborhood has a distinct history and a variety of architectural styles. Here’s a look at the New Orleans skyline and discover the secrets behind the city’s impressive architecture. 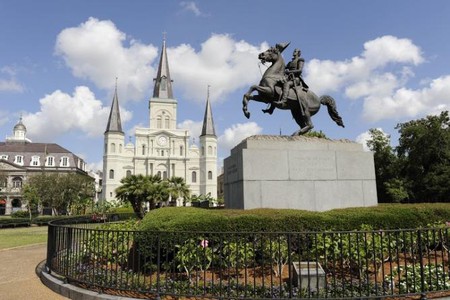 The oldest section of New Orleans, the Vieux Carré or French Quarter, lies along the Mississippi River. When Jean Baptiste Le Moyne, Sieur de Bienville, founded New Orleans in 1718, he chose the area for its relatively high elevation and easy access to the Gulf of Mexico. In the city’s early days, St. Louis Cathedral was the centre of New Orleans, flanked by the Cabildo and Presbyterian buildings. The Pontalba apartments were later constructed along the sides, forming a square. Today, the space is called Jackson Square and serves as a park and gathering spot for artists and street musicians.

The city slowly grew outward from the French Quarter, along the high ground beside the river. The Treme and Esplanade Ridge neighbourhoods grew on the land side, and the Faubourg Marigny was established downriver from the French Quarter. The architecture in the area is primarily influenced by Spanish and French styles, producing Creole Cottages, Creole Townhouses and Shotgun Houses.

After the Louisiana Purchase in 1803, Americans flocked to the new port city to take advantage of economic opportunities. They settled mostly upriver from the French Quarter in areas known today as Carrollton, Uptown, the Garden District and the Central Business District. Architects from New York came to New Orleans, providing a new take on existing Creole architecture and building the Greek Revival style houses that are seen in the Garden District. Other styles most often seen in these neighbourhoods include American Townhouses, Raised Centerhall Cottages, Double Gallery Houses and Shotgun Houses.

Eventually, the Sewage and Water Board’s steam pumps allowed for building on areas below sea level, including Mid City and Gentilly Terrace towards Lake Pontchartrain. With the dawn of air conditioning, California Style Bungalows became popular in these neighbourhoods.

Most Creole Cottages were built between 1790 and 1850 and are found primarily in the French Quarter, the Faubourg Marigny, the Bywater and Esplanade Ridge. These neighborhoods were all originally settled by French and Spanish colonists who came to New Orleans to build a new life. Creole Cottages are one and a half stories tall and set at ground level, close to the property line. They can be recognized by their pitched roof, stucco or wood exterior and symmetrical four-opening façade. 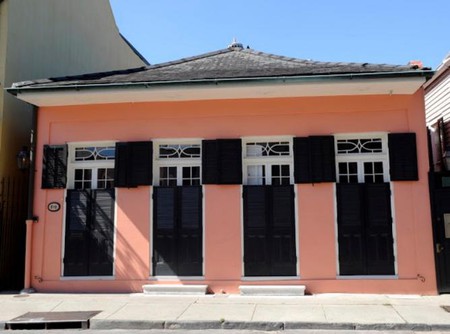 Creole Townhouses, found throughout the French Quarter and Faubourg Marigny, may be the most recognisable architectural structures in New Orleans. After the Great New Orleans Fire ravaged the city in 1788, thick-walled brick and stucco buildings with wrought iron balconies and arcades replaced wooden buildings in the affected neighbourhoods. The roof dormer windows, steeply pitched roofs and side gables reveal their French and Spanish influences. 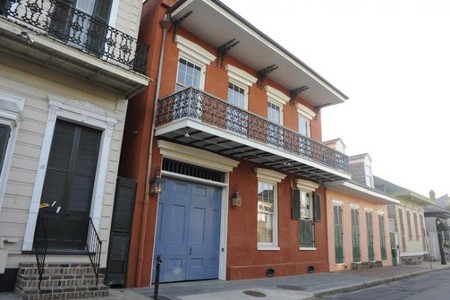 First developed in New Orleans in the mid-1800s, Shotgun houses are found in almost every corner of the city and are the most widespread house type in all of New Orleans. The houses are narrow – often no more than 3.5 meters wide and one story tall – with an opening at each end. They are said to have been designed to take advantage of cross breezes, in order to keep the houses cool during the hot New Orleans summers. Shotgun Houses are also recognizable by their porches and roof aprons, constructed with brackets, columns and ornately decorated with Victorian motifs. Throughout the years, several variations of Shotgun Houses have evolved, including Double Shotguns and Camelbacks. Twice the normal width of a Shotgun House, Double Shotguns are similar to a duplex and are often occupied by multiple tenants. Double Width Shotgun houses have no wall between the two sections and are simply wider, single-occupancy homes. Camelbacks, also called Humpbacks, feature a partial second floor at the end of the house. 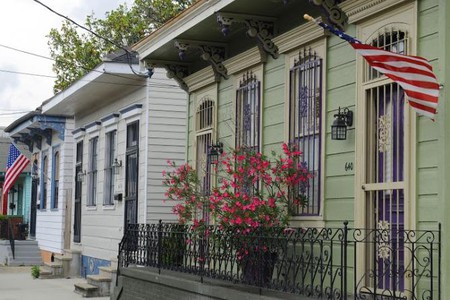 Located in sections of the city originally settled by Americans – such as the Lower Garden District and Central Business District – American Townhouses are narrow and sit close to the property line. They are usually constructed from brick or stucco, with a balcony on the second floor. Many American Townhouses were built slightly later than their Creole Townhouse counterparts, ranging from 1820 to 1850.

Raised Centerhall Cottages are a popular architectural style in the Carrollton Uptown, and Garden District neighbourhoods of New Orleans. The architectural styles reflect the cultural differences between this area’s mostly American population and the Creole sections of New Orleans. Centerhalls are made of wood, usually raised two to eight feet off the ground and one and a half stories high. They are characterized by their six columns that frame a full-width front gallery. The façade has five openings – with the front door as the center – and a side gabled roof. 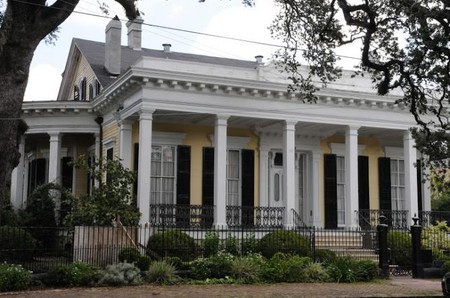 Originally a variation on the American Townhouse, Double Gallery Houses were built in the Garden District and Uptown neighborhoods of New Orleans. These wooden houses are set back from the property line, with two-story balconies framed by columns. Double Gallery façades are characterized by asymmetrical openings. 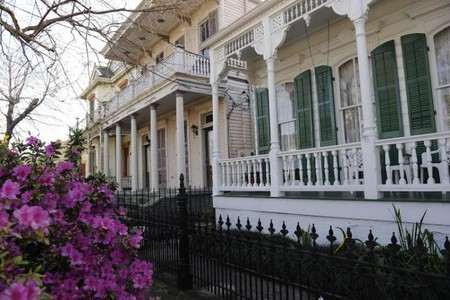 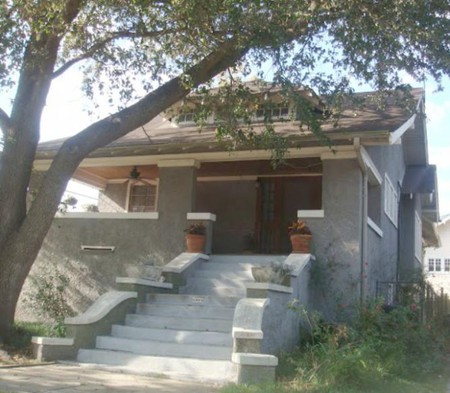 New Orleans architecture today reflects a give-and-take relationship between the old and the new. Many residents feel strongly about preserving the city’s classic architectural styles, whilst others argue that more modern designs are needed to combat weather forces and withstand future hurricanes. Brad Pitt’s Make It Right Foundation homes in the Lower 9th Ward are a good example of the latter. Make It Right’s vision, according to their website, is to support ‘healthy communities and affordable, high-quality, environmentally sustainable homes’. They do this primarily using modern green technology, such as solar panels and unique designs, such as houses made to float during floods.

Today, neighborhood identity is still extremely important to the culture and feel of New Orleans and residents often have a strong desire to return to the same community in which they grew up. Corner and neighborhood stores, which began to disappear with the advent of chain convenience stores, are making a comeback in many areas of the city. Because of the climate, New Orleans stays green all year round and trees are a major feature of the landscape in many neighborhoods.

Finally, whilst St. Louis Cathedral is still a major architectural icon of New Orleans, today the Superdome is arguably more recognizable. When it was built, it was an architectural feat and a symbol of the city’s triumph and growth. In the aftermath of Hurricane Katrina however, the dome became a symbol of the tragedy of the storm. Today, the dome is an integral part of the New Orleans skyline and a reminder of both its challenges and triumphs. 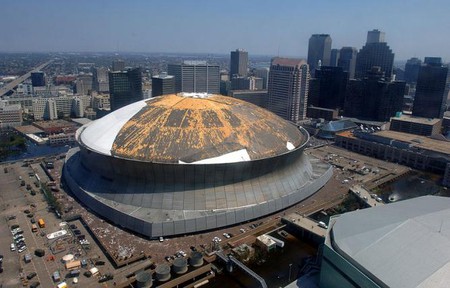