A Budget Traveler's Guide to NOLA 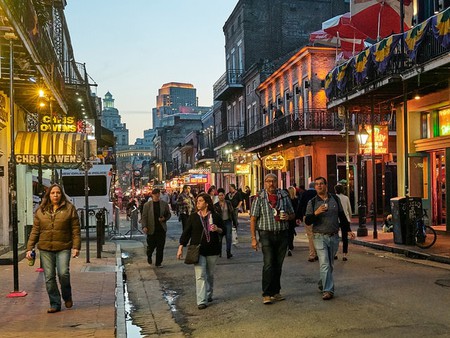 New Orleans is a city of decadence and indulgence, but you don’t have to break the bank to enjoy yourself and delight in all that it has to offer. Culture Trip has prepared a budget-friendly guide on how to maximize your time in NOLA without emptying the piggy bank.

If you can handle the heat and humidity, going in the summertime will save you some money, because the hotels and restaurants experience a slower season, and thus offer discounts to drum up more business. But if you’d rather be here during more moderate temperatures, even during the busier months, you can still find an affordable spot. If you’re really trying to stretch a budget at any point, check out the India House Hostel in Mid City, which draws in an international crowd of backpackers and urban explorers. It also has a pool and 24-hour common rooms. Other affordable options include the trendy Drifter Hotel or the new hotel-hostel hybrid The Quisby (which offers both private and communal rooms). 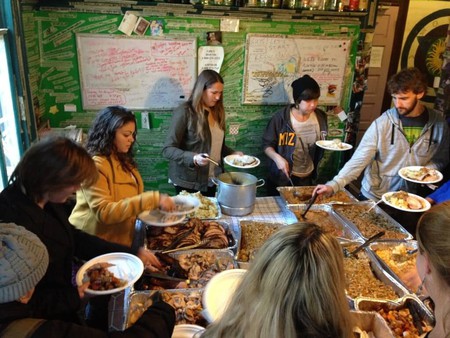 New Orleans has dozens of award-winning, nationally acclaimed restaurants, but if you can’t splurge on a lavish five-course meal, no worries. The city is home to some amazing and affordable spots. Po-boy sandwiches are a staple food in New Orleans and are widely available at casual eateries and corner stores. Parkway Bakery has a vintage vibe, and if you prefer more of a rowdy scene, scope out Killer Po-Boys in the back of the French Quarter pub, Erin Rose. Off the usual beaten tourist path, Crabby Jack’s on Jefferson Highway serves hefty po-boys and other fried food that will likely send you home with leftovers. For cheap but hearty Middle Eastern cuisine, Mona’s Cafe has multiple locations around the city (and offers plenty of vegetarian options.) There’s also a newly launched food truck park, Deja Vieux Food Truck Park, near the Misssissippi River that offers a rotating cast of vendors selling cheap but delicious eats and an unpretentious atmosphere. And if you’re here on a Monday, don’t forget to try a helping of red beans and rice. 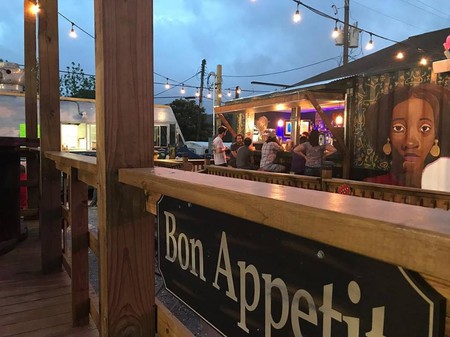 If you’re not in the mood for an upscale cocktail bar and would prefer something a little more low-key, you’re in luck, as New Orleans is one of the most bar-dense cities in the country. Cheap neighborhood dive bars are found throughout the city, offering stronger-than-usual drinks at a low price. In the Quarter, avoid the tourist traps and throw back a couple drinks at Cosimo’s or Harry’s Corner. For $2 drinks 24/7, check out Ms. Mae’s, the Uptown fixture that attracts a festive blend of college students, lost souls, tourists, party-goers pre-gaming for a show at nearby Tipitina’s and really, anyone else who’s looking for a cheap thirst-quencher. Over in the mostly residential Irish Channel neighborhood, you can hit up Parasol’s for a cheap shot of Jameson or meander to any of the other spots along nearby Magazine Street.

One of the best things about New Orleans is its walkability. It’s mostly flat, and the weather is generally nice, so you can walk for miles without getting winded (just remember to stay in well-lit areas and don’t walk around alone at night). There are also bike rentals available through Blue Bikes NOLA, streetcars that take you to different parts of town for just $1.25 (plus the people-watching is glorious), city buses, taxis and rideshares like Uber or Lyft (which shouldn’t break the bank; it’s generally no more than $15 to get from one end of town to the other). 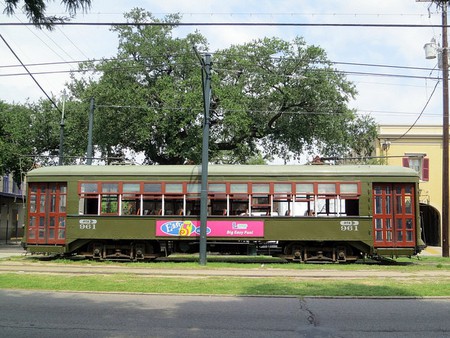 Cheap and free entertainment is abundant in the city. There’s amazing people-watching, especially in the cultural epicenter the French Quarter and along the nearby Mississippi River. Aquasport enthusiasts can find inspiration on Lake Pontchartrain with a rental from NOLA Paddleboards, or in a rented kayak along Bayou St. John. There are also a number of swamp tours just outside the city with group discounts, and you can always get a breath of fresh air in City Park, Audubon Park or Crescent Park. 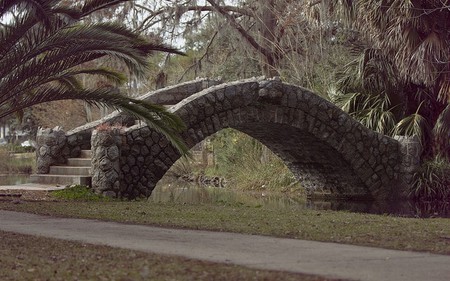 The “city where jazz began” usually has some kind of festival happening, no matter what time of year you’re here, and many of the best fetes are free to attend. Music enthusiasts can attend some of the free seasonal concert series, including Wednesdays at the Square, Jazz in the Park and Ogden After Hours, and there’s nightly live music on Frenchmen Street, which is chock-full of music venues with cheap cover fees. New Orleans is also a town with a thriving performing arts scene beyond just live music; check out theater and dance productions at the Marigny Opera House, the AllWays Lounge and the Mudlark Theater in the Bywater neighborhood.

Just remember: no matter what types of adventure you embark on, you’ll likely learn that a trip to New Orleans can, in fact, be priceless.

For more ideas, check out this guide to cheap and free date ideas.