7 Local Dishes You Need To Try While In New Orleans 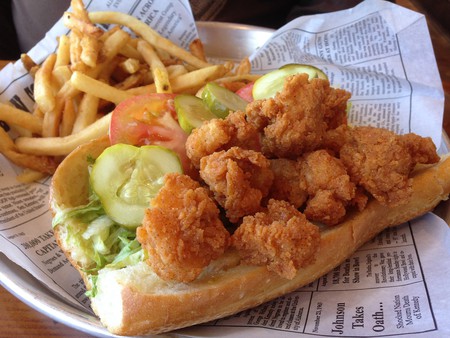 There is a lot of delicious food in New Orleans. | © Clotee Pridgen Allochuku / Flickr

New Orleans is famous for its food. In 1704, when French explorers first established settlements along the fertile riverbanks of Lake Pontchartrain and the Mighty Mississippi River, the port city’s exceptionally tasty cuisine evolved, making New Orleans a popular culinary metropolis.

Blending influences from Louisiana’s past and present inhabitants, including Native Americans, Africans, the French, Irish, Spanish, Italians, Yugoslavians, Latin Americans, as well as people from the Caribbean and Asia, the Big Easy’s food culture now offers a traditionally diverse gastronomic style that is unmistakably New Orleans. Since a trip to NOLA is not complete without savoring the dishes that have built the city’s culinary legacy, here are seven local dishes you need to try the next time you visit New Orleans.

Served on a long, baguette-style French bread, the po-boy is a traditional New Orleans sandwich. Served either hot or cold and piled high with meat, this affordable treat can be savored in many variations, including with fried shrimp, oysters, soft-shell crab, or Louisiana hot sausage and fried chicken breast. While some meat variations, such as roast beef, are generally served hot with a tasty version of gravy (better known as debris), others, like catfish, are usually basted with a Louisiana-style white salsa that resembles tartar sauce. This quintessential NOLA sandwich may come “dressed,” meaning it’ll be served with fresh romaine lettuce, pickles, tomatoes, and mayonnaise. 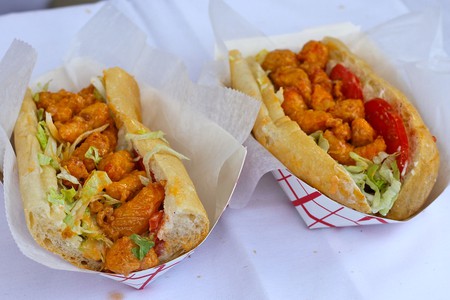 Originating in Southern Louisiana during the 18th century, gumbo is a strongly-flavored stew, consisting primarily of the Cajun holy trinity of vegetables: celery, bell peppers, and onions. The stew may also include savory stock, a thickener, and shellfish or meat. Named after one of its two main ingredients, okra or file, gumbo was influenced by Western European, African, Caribbean, and Native American culture. Dish variations include chicken gumbo with andouille sausage or seafood gumbo with oysters, shrimp, or crab meat. 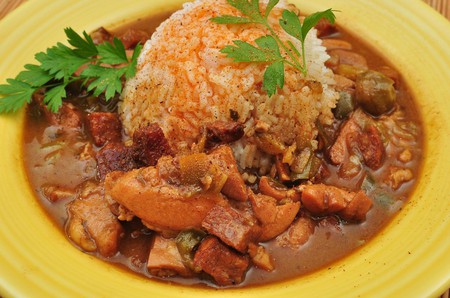 Inspired by Spanish and French influences, Jambalaya is a classic Louisiana Creole dish that originated in the French Quarter of New Orleans, in an attempt by the Spanish to create a new-world paella. Consisting of sausage and vegetables, mixed with stock rice, this delicious plate may be served with meat and seafood (or both!). Coming from the word jambalaya, meaning “mish-mash” or “mix-up,” Jambalaya has two primary serving methods: the Creole Jambalaya and the rural Creole Jambalaya, differing based on the presence or absence of tomatoes. 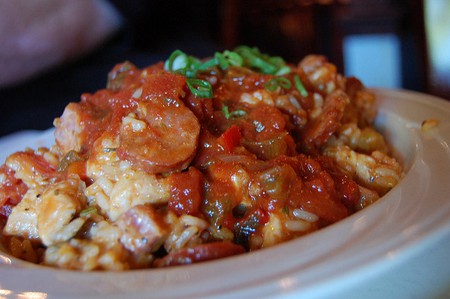 Brought to Louisiana during the 17th century by the Acadians, the beignet is a delicious square piece of dough fried in vegetable oil and covered with a thick dusting of powdered sugar. Traditionally served on a plate of three, this fried sensation is Louisiana’s official doughnut. 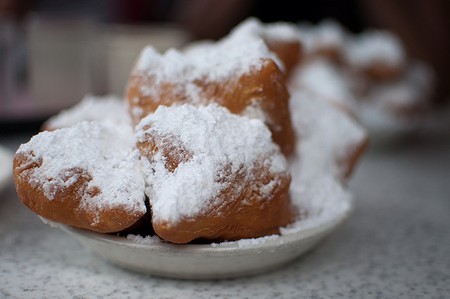 Derived from the Latin term meaning “made by insertion,” andouille is a spiced smoked sausage made of pork. A key flavor in many dishes in New Orleans, this sausage is most often associated with Louisiana Creole cuisine. Seasoned with salt, cracked black pepper, and garlic, this traditional Louisiana dish is prepared for over eight hours over pecan wood and sugar cane. Brought to Louisiana by French immigrants, andouille can be found in many traditional city plates, including jambalaya and gumbo, or served as a side with red beans and rice. 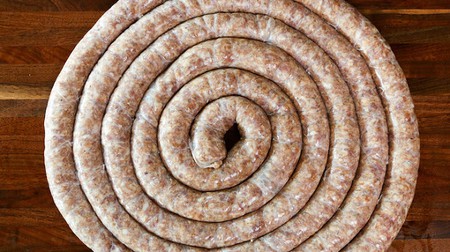 Consisting of a muffuletta loaf split horizontally and covered with layers of marinated mortadella, salami, mozzarella, ham, provolone, and olive salad, the muffuletta is a popular sandwich that was birthed in 1903 among Italian immigrants in New Orleans. Different variations of this plate, which pay homage to the Italian immigrants who first opened grocery and deli stores along the riverfront of the French Market, can be found throughout the city. 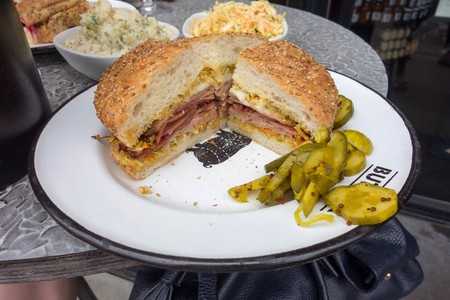 Traditionally served on Mondays as a local tradition, red beans and rice represent the quintessential New Orleans dish. Usually served with a side of pork chops, fried chicken, or sausage, this creole classic is a staple across the city because it perpetuates a true New Orleanian Monday social routine, where the women of the house would cook a pot of red beans, largely seasoned by the leftover hambone from the previous night’s dinner.

Where to eat: Joey K’s, Fury’s, Mother’s, The Praline Connection 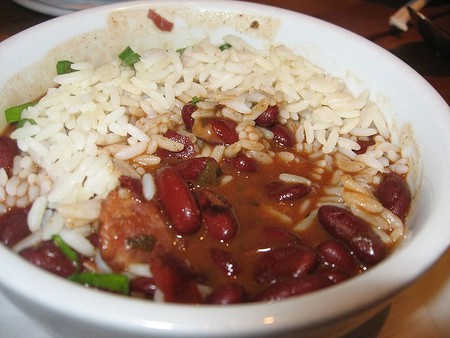 Red beans and rice | © Arnold Gatilao / WikiCommons
Give us feedback