A Brief History of Mardi Gras in New Orleans 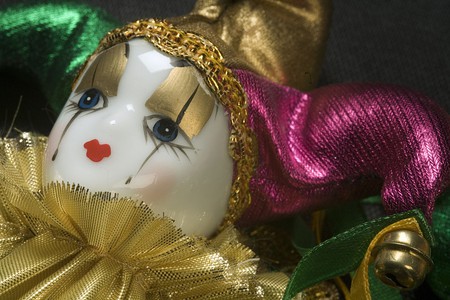 Mardi Gras remains one of the most quintessential celebrations associated with New Orleans culture. However, Mardi Gras (also referred to as Carnival) has evolved significantly over the years, both in New Orleans and other destinations across the globe that celebrate their own version of the holiday.

The New Orleans’ celebration of Mardi Gras begins on January 6 – or the Twelfth Night, as it occurs 12 days after Christmas – through Fat Tuesday (the literal French translation of Mardi Gras). The date of Fat Tuesday changes from year to year based on when the Christian holiday Ash Wednesday, or the first day of Lent, occurs. 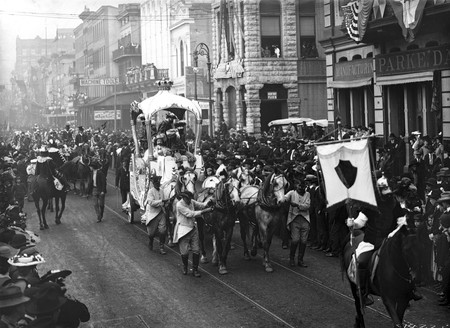 Historians trace Mardi Gras’s origins to Medieval Europe, expanding from Rome and Venice in the 17th and 18th centuries to France. Later, that expansion brought Carnival celebrations to the French colonies, including what would become Louisiana and New Orleans.

Boeuf Gras, as it was originally called, first landed in the US via the French settlement Fort Louis de la Mobile, which held the first Mardi Gras in America in 1703.

The French established the city of New Orleans in 1718, and Mardi Gras had become ingrained in the city’s culture by the 1730s. However, the earliest instances of Mardi Gras in New Orleans looked vastly different compared to today.

The late 1830s saw the dawn of street processions that featured masked revelers pulled in carriages or on horseback and flambeaux, or bearers of gaslight torches that lit the way for night-time krewes. Any collection of Mardi Gras revelers is known as a “krewe,” and they specifically take part in parades and processions during carnival season. The first Mardi Gras krewe, the Mistick Krewe of Comus, formed in 1856 and became known for its eye-catching floats, masked balls and anonymity for krewe members.

The second Mardi Gras krewe, the Twelfth Night Revelers, formed in 1870 and was the first krewe to introduce Mardi Gras “throws.” In 1872, a group of local businessmen organized the first daytime parade, presided over by Rex, the “King of Carnival,” in honor of Russian Grand Duke Alexei Romanoff, who was visiting the city. In the grand duke’s honor, the businessmen adopted the Romanoff’s family colors – purple, green and gold – as the official colors of Mardi Gras.

By 1873, Mardi Gras float construction had moved from France to New Orleans, and krewes began using floats as a way to express opinions and mock public officials and hot-button topics of the day. Mardi Gras became an official holiday with the signing of the “Mardi Gras Act” in Louisiana in 1875.

Mardi Gras krewes began organizing among various communities, such as the Tramps, the forerunner of the all-African American Krewe of Zulu, which launched in 1909. The first all-female krewe, Les Mysterieuses, formed in 1896, and the Krewe of Iris, the oldest all-female krewe still rolling today, first appeared in 1917. Other parades established themselves around particular neighborhoods, such as Carrollton, which first rolled in 1924 and continues today. 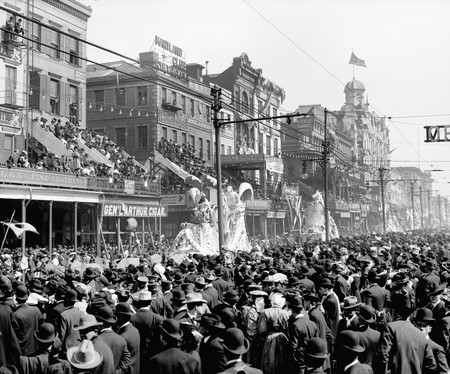 Mardi Gras expanded to the West Bank in 1932 with the founding of the Krewe of Alla, and to Metairie in 1956 via the Krewe of Zeus. The first super krewes followed, with the debut of the Krewe of Endymion in 1967 and the Krewe of Bacchus in 1968, both of which continue to be the largest organizations that parade today.

Carnival celebrations in New Orleans continue to retain many of these original traditions while also evolving to incorporate more creativity and self-expression. One modern-day evolution includes the expansion of smaller, often walking parades found in various areas, particularly in the French Quarter, Marigny and Bywater neighborhoods.

Today, there are over 50 krewes in New Orleans, and that number continues to grow every season. 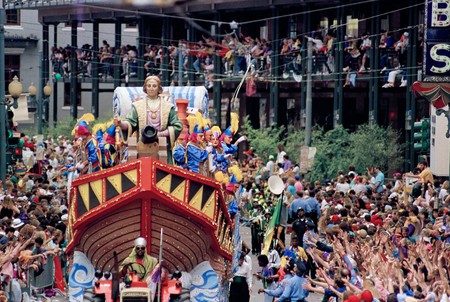 The parades are entirely free to attend. There are no tickets, so be sure to grab a spot early along the various routes (which can be found here). There are passes available if you want to sit in the temporary stands that line the streets along some of the bigger processions. The balls are by invitation only.

As you can imagine, hotels and flights tend to sell out fast, so planning your trip early is advised.

The notorious Bourbon Street isn’t actually part of the official Mardi Gras celebrations, but adults tend to congregate here late into the night and take part in the “greasing of the poles” tradition.

Families are best advised to find a hotel in Uptown and walk into the lively party areas rather than staying in the middle of the action. 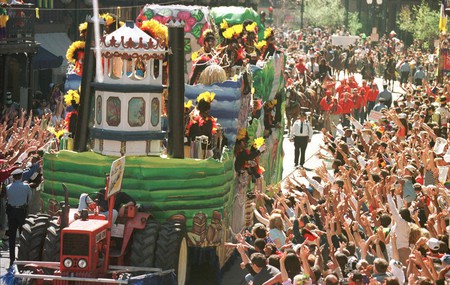