The Indianapolis Cultural Trail: How To See The Best Of Indy In A Day 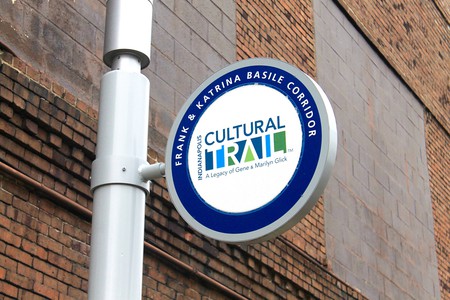 As both Indiana’s largest city and its state capital, Indianapolis combines Midwest comforts and ‘Hoosier Hospitality’ with a growing urban landscape. Skyscrapers meet numerous open parks in downtown Indianapolis where monuments, free ‘mini-libraries,’ public art, shopping and more are scattered throughout the city.

Even for longtime Indiana residents, a trip downtown can bring new discoveries with each visit. Whether you’re a Hoosier native or visiting for the first time, many highlights of the Circle City can all be seen in a day thanks to the eight-mile-long Indianapolis Cultural Trail. Connecting all six of downtown Indianapolis’ cultural districts, the trail features the best of Indy dining, museums, music and more. With five acres of plants and trees and seven public art projects, visiting the three-year-old trail is more than just a path to your next destination, it’s an experience in itself. Start by renting a bike from one of the 26 Indiana Pacers Bikeshare kiosks across the city to follow the trail through each of these following cultural hubs. 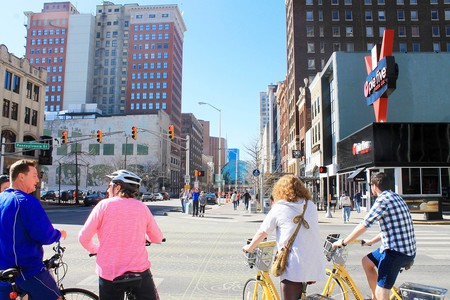 Bikers on the Cultural Trail | Courtesy of Carley Lanich

On a beautiful day in the city, the Canal and White River State Park District is one of the easiest places to find both locals and visitors. Stray from the Cultural Trail and take a jog along the White River or catch a concert on the lawn at the 250-acre White River State Park. Be adventurous and take a ride on a paddle boat or gondola on the Canal. Or catch a baseball game at Victory Field. For those new to the area, this district is home to some of the state’s top museums covering everything from Indiana’s Native American roots in the Eiteljorg Museum of American Indians and Western Art to Hoosiers’ past and present obsession with basketball in the NCAA Hall of Fame Museum. 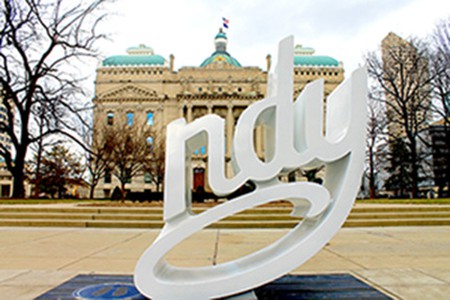 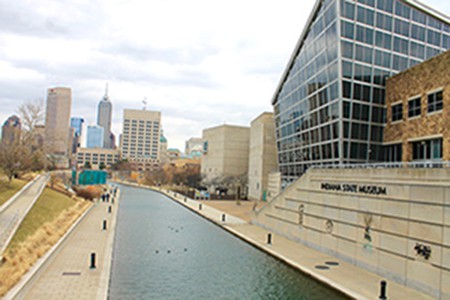 The Wholesale District sits in the heart of Indianapolis. With the Circle Center Mall, Indianapolis Artsgarden, Indianapolis Repertory Theater and more, the district marks some of the city’s most distinctive and historic architecture, as well as a plethora of shopping and dining options. For an upscale dinner, check out the world famous St. Elmo Steak House. Enjoy an evening outside with a carriage ride around the Soldiers and Sailors Monument. Pick up a sweet treat on the circle at South Bend Chocolate Company or Rocket Fizz Soda Pop & Candy Shop. The Wholesale District is also closest to the Indiana Pacers’ home court at Banker’s Life Fieldhouse and the Indianapolis Colts’ Lucas Oil Stadium. Game days in the Wholesale District prove to be some of the busiest, especially for local bars lining nearby Georgia Street. 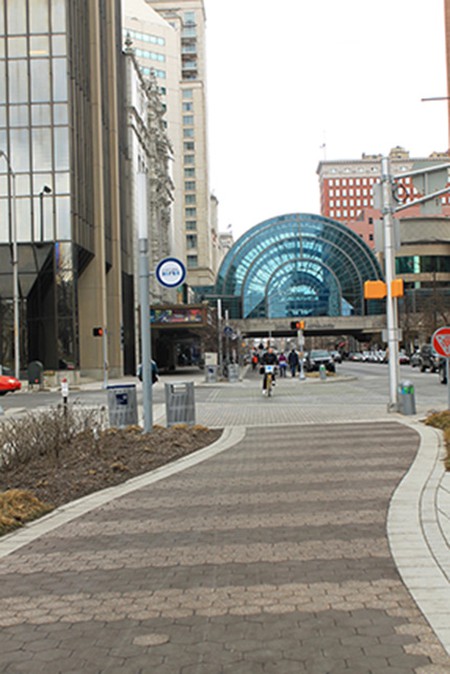 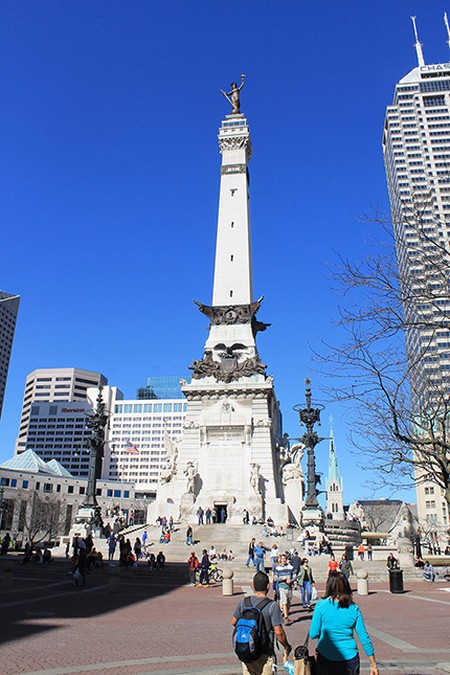 Fountain Square is a quirky district just southeast of Indianapolis’ urban core. A ten-minute bike ride from the Wholesale District, Fountain Square’s unique dining, live music and arts scene provides a vintage feel. For a retro-inspired evening out, order up one of the many BBQ dishes within the diner-themed Smokehouse on Shelby in the historic Fountain Square Theater Building before heading to one of the building’s two 1930’s- and 1950’s-inspired duckpin bowling alleys. 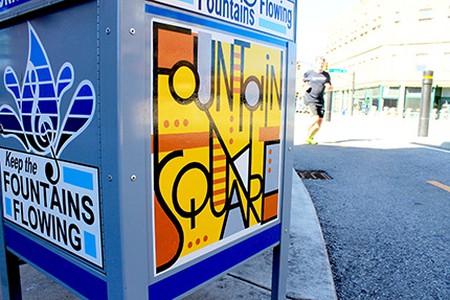 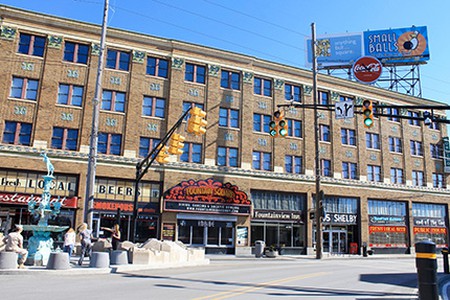 Market East, Indianapolis’ newest cultural district, is a mix of old and new. Transforming the site of the former Market Square Arena, a sleek glass-lined hotel and high-rise apartments are in the works for this growing district. A multimillion-dollar transportation hub set to open later this year will serve Cultural Trail pedestrians and bikers via the city’s IndyGo bus system. The Indianapolis City Market, just across the street from the expansive construction projects, serves as a contrasting historical gem in the heart of the city. Highlighting the best of Indianapolis’ locally owned international cuisine vendors in one convenient location, the City Market is a great stop for all your favorite foods in an open-dining atmosphere. 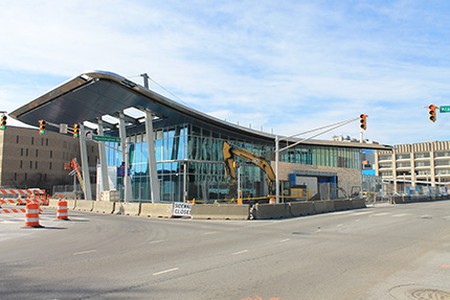 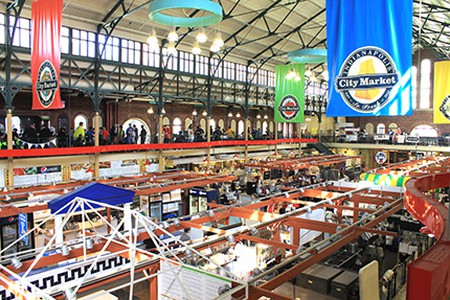 Massachusetts Avenue – known as Mass Ave to locals – is a trendy street lined with Indianapolis-centric small businesses ranging from bars and pubs to shopping, art galleries and more. Find a favorite beer at the German-inspired Rathskeller, Indianapolis’ oldest restaurant, or experience a modern twist on ice cream with a liquid nitrogen-infused scoop from Subzero Ice Cream and Yogurt. Check out the many pieces of public street art along Mass Ave, or plan ahead to see a concert at the Old National Center, which frequently books up-and-coming artists on tour. 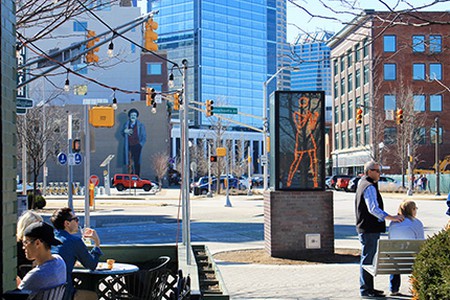 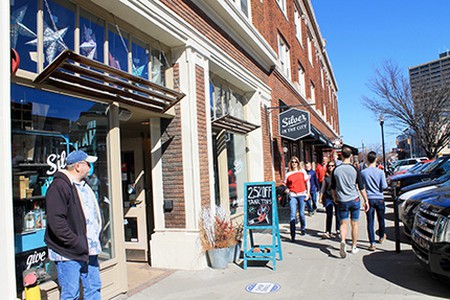 Round off your Indianapolis getaway with a stop down Indiana Avenue. Showcasing outdoor art and architecture, Indiana Avenue is home to the well-known Walker Theatre, whose namesake, Madame C.J. Walker, was the first female self-made millionaire. The Madame Walker Theatre Center, once a corporate headquarters and factory in the early 1930s, is now a community center with frequent shows and performances reflecting African-American heritage. Indiana Avenue also connects Indianapolis to its largest downtown university campus, Indiana University-Purdue University Indianapolis, well known for housing one of the state’s top art schools, the Herron School for Art and Design. 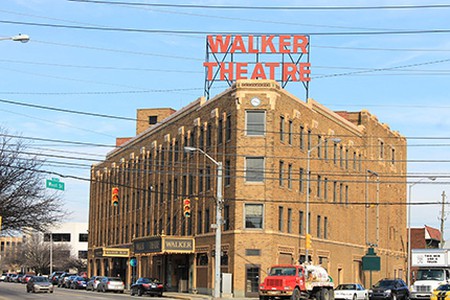 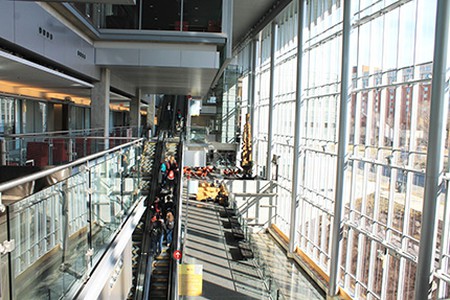 IUPUI Campus Center | Courtesy of Carley Lanich
Give us feedback