The Best Bed and Breakfasts to Book in Indiana 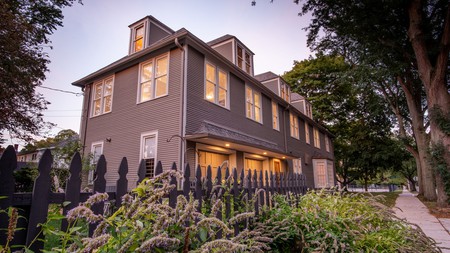 Although Indiana may be known as corn country, that’s not all there is to this sprawling state. Today’s tourists can head to Lake Michigan for beach resorts and the Indiana Dunes National Park, Indianapolis for culture and car races, and cities like Bloomington, Plymouth and Valparaiso for small-town charm. Wherever you’re headed, you’ll find a warm welcome and comfy beds at these Indiana bed and breakfasts in Indiana, all bookable with Culture Trip.

Old Northside Bed and Breakfast, for an extraordinary stay in Indianapolis 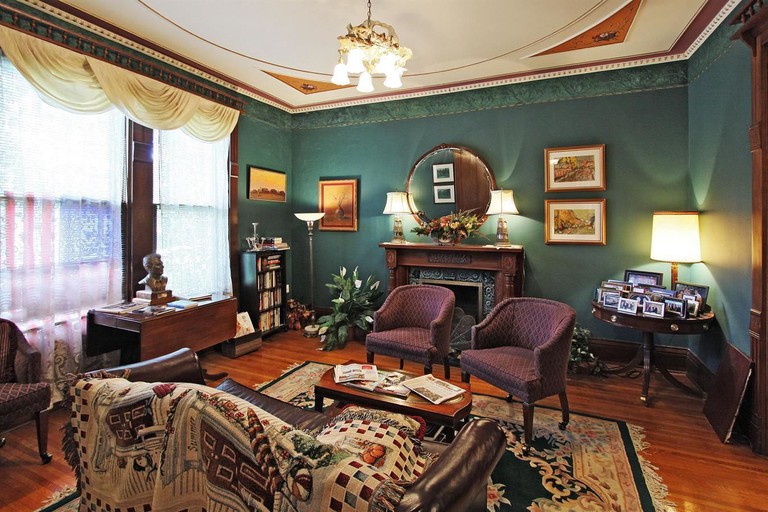 Courtesy of Old Northside Bed and Breakfast / Expedia.com
There’s nothing ordinary about this one-of-a-kind Indianapolis guesthouse. Located in an 1885 brick mansion, its seven rooms are themed, hand-painted and crammed with opulent furniture and nick-nacks. Owner, local entrepreneur Gary Hofmeister, prides himself on offering an all-in service to his guests ‒ throwing in everything from parking to bottled water and movies (with popcorn) at no extra charge.

Nestle Inn, for staying and shopping local in Indianapolis 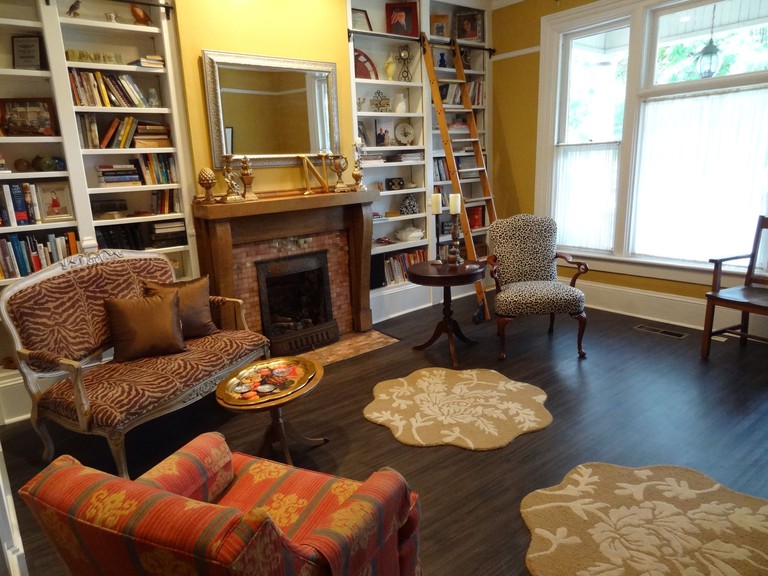 Courtesy of Nestle Inn / Expedia.com
The cute pun in the name aside, this boutique inn in downtown Indianapolis is super modern in its approach. Its owners, Leesa and Bob ‒ who “don’t do doilies” ‒ have six rooms, all with private baths, up-to-the-minute tech and the option of contactless check-in. Breakfast is included but is served offsite at a choice of two nearby cafes. A local business, with local suppliers, Nestle is a great choice if you’re passionate about supporting small businesses.

Oliver Inn Bed and Breakfast, for a proper Victorian experience in South Bend 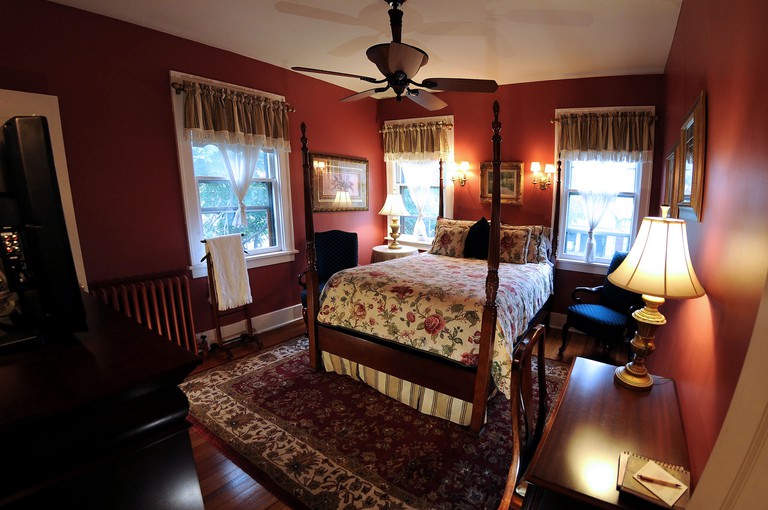 Courtesy of Oliver Inn Bed and Breakfast / Expedia.com
There are historic inns and then there’s this South Bend landmark. Rated “outstanding” by the Historic Preservation Commission, its 1897 Queen Anne-style building has been comprehensively and tastefully restored. Guests are treated to an authentic late-Victorian experience ‒ including a full candlelight breakfast each morning by the fire with live piano ‒ but with notable mod-cons where it matters, like in-room TV, air-con and whirlpool tubs. 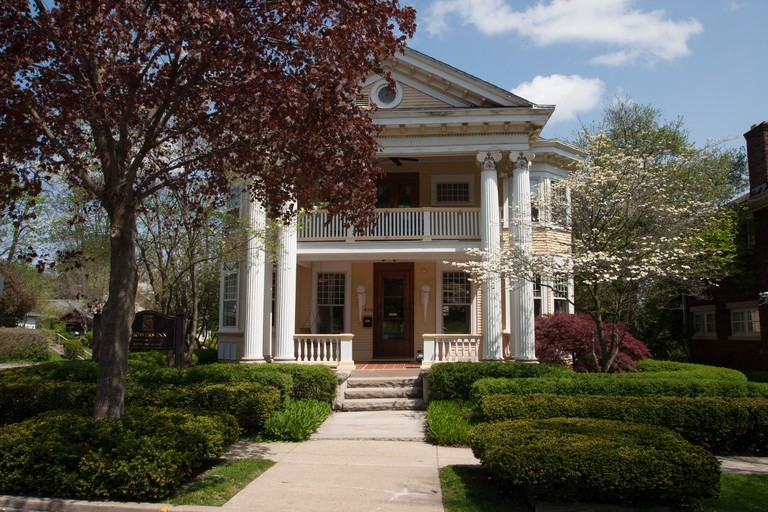 Courtesy of Showers Inn / Expedia.com
This central Bloomington guesthouse is a cut above ‒ just look at the imposing Corinthian columns of its Showers-Graham House as proof (when built in 1903, this was the most expensive building in the city). This impression continues into its 12 fully modernized guest rooms and suites, which are equipped with loving touches, from individual climate control to Keurig coffee makers and Gilchrist and Soames toiletries. Several of the rooms feature both bubble-jet tubs and fireplaces ‒ request on booking to get the full experience.

The Beaumont House, for lovebirds near Bloomington 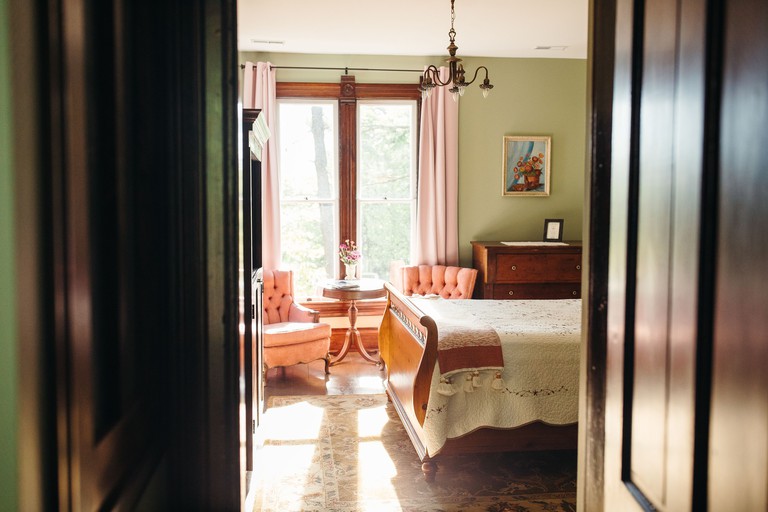 Courtesy of The Beaumont House / Expedia.com
Thanks to the presence of its own little white chapel and pavilion, this spot is a much-loved wedding venue. If you can get availability between nuptials, you’ll find a pretty, two-story wooden house with five charming rooms ‒ all with microwaves, mini-fridges and private bathrooms ‒ and a fire pit outside for evening hangouts. Its land borders the lovely woods of the Porter West Preserve for walking, and the nearby city of Bloomington is home to the Upland Brewing Company for microbrews.

Valparaiso Inn Bed and Breakfast, for B&B perfection in Valpo 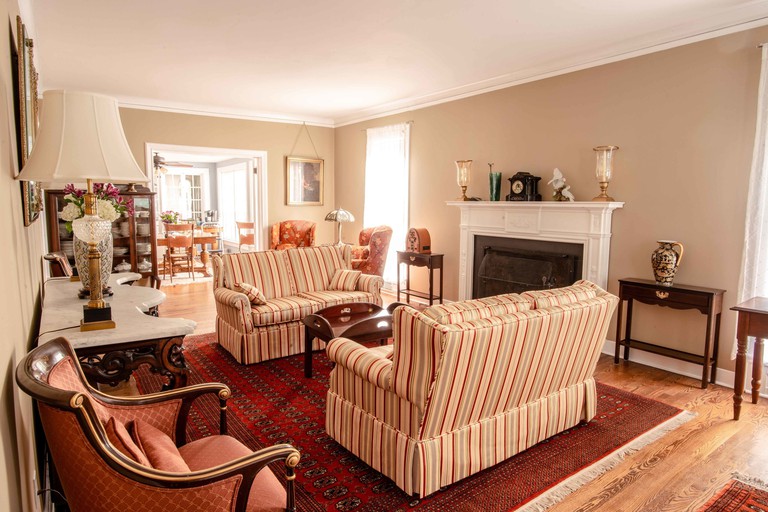 Courtesy of Valparaiso Inn Bed and Breakfast / Expedia.com
If you’re stopping off in Valpo, you simply must stay at this gorgeous home from home ‒ the only guesthouse in the small city’s Historic Conservation District. It’s the manifestation of a lifelong dream of owners Jim and Liz, who bought the building in 2013 and have worked tirelessly to create their own vision of the perfect place to stay. From the antique furnishings to the gourmet breakfasts, everything is just so ‒ and all just a 20-minute drive from Indiana Dunes National Park and the southern shore of Lake Michigan. 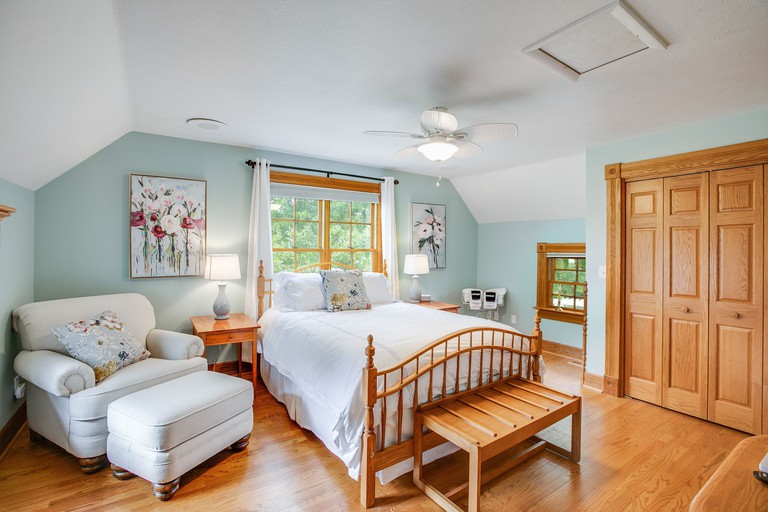 Courtesy of Biddle Point Inn / Expedia.com
This charming inn has its own private estate near Plymouth in northern Indiana and hosts events and weddings as well as nightly accommodation options. It’s more like an intimate boutique hotel than a B&B its six large, private rooms come with fireplaces, regularly refreshed floral arrangements, and Nest bathroom amenities. Renovated in 2021, the decor feels as fresh and gorgeous as its parkland surroundings.

The Doctors Inn, for home comforts in West College Corner 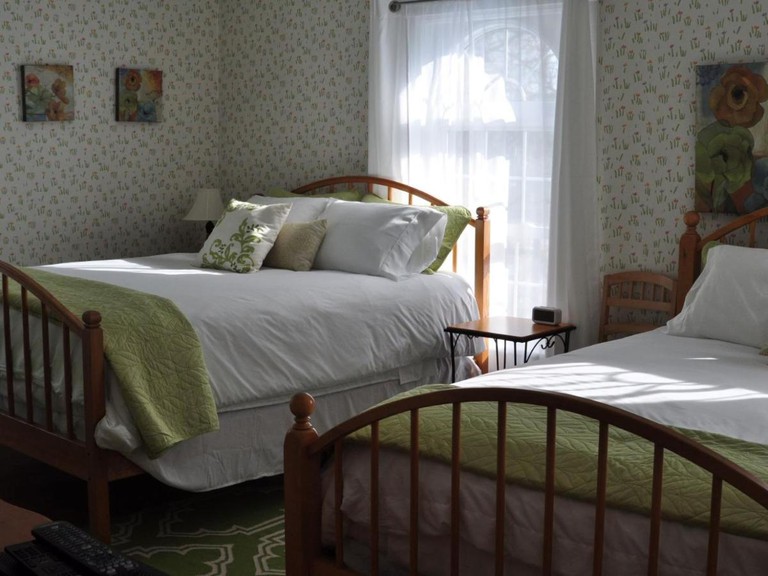 Courtesy of The Doctors Inn / Booking.com
You might get a bit muddled when you stay at this charming Victorian house. The B&B is the former home of two doctors in West College Corner, Indiana, but its nearest town is Oxford, just over the border in Ohio, where you can visit Miami University. It’s worth risking some slight confusion for a stay here though, particularly for its homestyle comforts including baked breakfast treats, the family games room and heated porch for chillier nights. 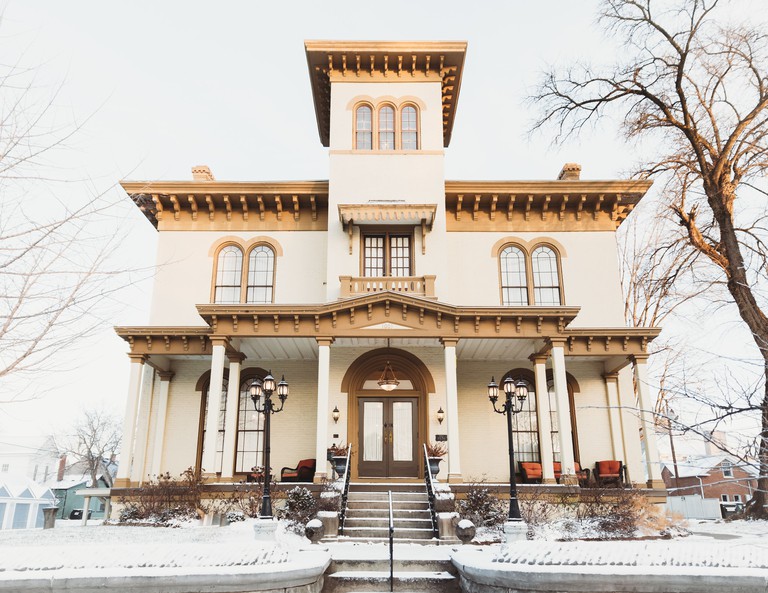 Courtesy of The Pepin Mansion Historic B&B / Expedia.com | Courtesy of The Pepin Mansion Historic B&B / Expedia.com
The town of New Albany has effectively been gathered up into the sprawl of Louisville, Kentucky, but in the early 19th century it was the largest city in Indiana and still boasts many of the state’s most historic buildings – among them, the Pepin Mansion. Fully restored in 2013, its four exclusive suites channel serious vintage glamour with ornately carved bedsteads, opulent linens and even a rentable Rolls Royce. Along with the local charms of New Albany, the Pepin makes a great base for exploring Louisville, home of Mohammed Ali, Kentucky Fried Chicken and the world-famous Derby.
Give us feedback