An exhaustive traveller, Ernest Hemingway (1899-1961) is revered as one of the iconic writers of American fiction, noted for his understated prose and evocative portrayals of South American and European locales. 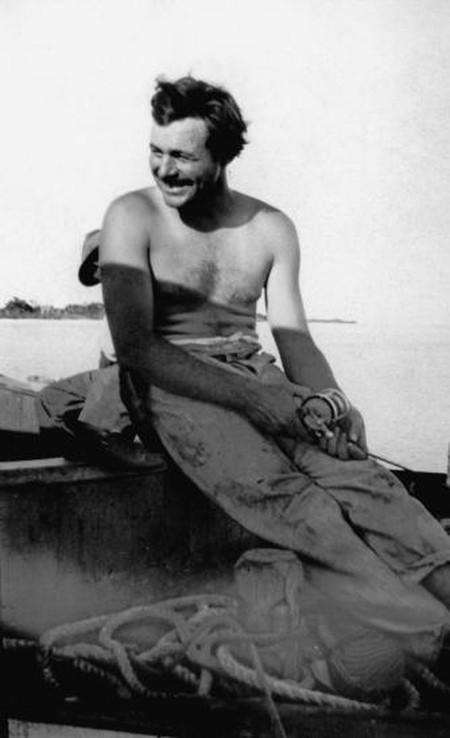 Born in Oak Park, Illinois in 1899 to a physician father and musician mother, Hemingway began his career at seventeen, working as a journalist. He soon enlisted as a volunteer in the First World War, but was rejected by the Infantry Service, instead joining the Red Cross Medical Service on the Italian Front where he was badly injured. Following the war he embarked on a brief career as a foreign correspondent for the Toronto Star, before returning home to the United States to focus on writing. Newly married, Hemingway would go on to settle in Paris, where he would be acquainted with the modernist American writers Ezra Pound and Gertrude Stein, who were also living in Europe.

A period of creativity followed with Hemingway submitting eighty-eight short stories, and various travel pieces to the Toronto Star. He released his first collection Three Stories and Ten Poems in 1923, followed by In Our Time (1925), a collection of short story vignettes. He moved back to the United States in 1926, where he produced his first major novelistic triumph, The Sun Also Rises (1926), about a group of expatriate American and English expatriates traveling from Paris to Spain. Often autobiographical, Hemingway’s overseas travels informed much of his work, spanning the globe from his early literary sojourns in France to African Safaris, the Spanish Civil War, and excursions in Cuba and the Caribbean. 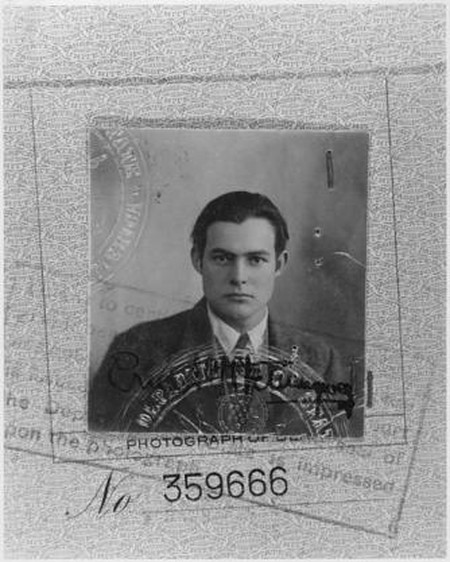 One of Hemingway’s most famous works, For Whom the Bell Tolls (1940), was inspired by his time as a journalist covering the tumultuous Spanish Civil War for the North America Newspaper Alliance. An ambitious novel about political upheaval, the story is told from the third person perspective of demolition specialist Robert Jordan, an American in the International Brigades military unit, who travels to Spain to oppose the fascist regime of Francisco Franco. Hemingway’s fascination with Spain would continue throughout his life, publishing the nonfiction work Death in the Afternoon (1932), a comic treatise on his love of bull-fighting.

A classic piece of travelogue fiction, Green Hills of Africa (1935) is an elegantly written, lyrical depiction of the African landscape, wilderness and culture. His second work of nonfiction was inspired by Hemingway’s visit to Safari country in East Africa, the region was also a source of inspiration for short stories such as ‘The Snows of Kilimanjaro’ and ‘The Shot Happy Life of Francis Macomber’. A suspenseful read, this non-fiction novel also features Hemingway’s meditations on writing. 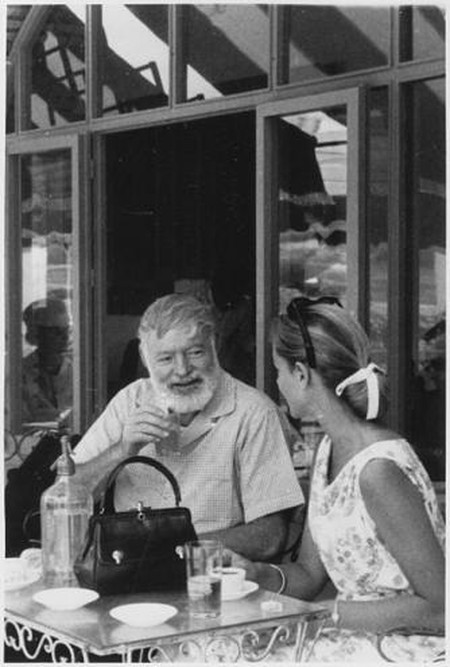 Cuba was also a pivotal setting for much of his writing with Hemingway first visiting the island in the 1920s. His novella about aging, death and the human spirit, The Old Man and the Sea (1952) was one of the last major works written during his lifetime, and won the prestigious Pulitzer Prize for Fiction in 1953. The story, about an old fisherman’s lonely struggle out at sea was inspired by Cuban fisherman Gregorio Fuentes, who met Hemingway in 1928 while the author was living in Cuba.

In the posthumously published memoirs A Moveable Feast (1961) Hemingway gives us a vivid description of his early years spent in 1920’s Paris as part of an expatriate group of writers and artists which included Ezra Pound, F. Scott Fitzgerald, Gertrude Stein and James Joyce. A portrait of the artist as a young man, these witty, lively sketches covers the period between 1921 and 1926, and are considered one of the definitive depictions of old Paris. The title comes from Hemingway’s oft-quoted remark that ‘If you are lucky enough to have lived in Paris as a young man, then wherever you go for the rest of your life, it stays with you, for Paris is a moveable feast.’ The quote appears as the book’s epitaph.