Top 10 Things To See And Do In Andersonville, Chicago

Puppet Bike | © garbagetime76/Flickr
To locals, Andersonville is one of the city’s best kept secrets. This historic Swedish neighborhood is filled to the brim with diverse food choices, friendly local bars and a shopping scene eclectic enough for all tastes. Take the trip to this north-side neighborhood and you will end up returning again and again, bringing some friends along with you. Here are the top 10 things to do and see in this neighborhood.
Alley Cat Comics Courtesy of Ashley Fullerton

Tucked away between a Potbelly and a Starbucks is a small wrought iron gate with the Alley Cat logo. Head down the alleyway and you are transported to a comic book lover’s paradise. Open since 2011, Alley Cat Comics has been serving the Andersonville community a healthy dose of comics, graphic novels and kid-friendly books. The staff prides themselves on being highly knowledgeable, lending their comic wisdom to novices and newcomers alike. The shop also hosts weekly game nights and tournaments, meeting information is updated regularly on their website. Stop on by and ask the staff about the latest releases. 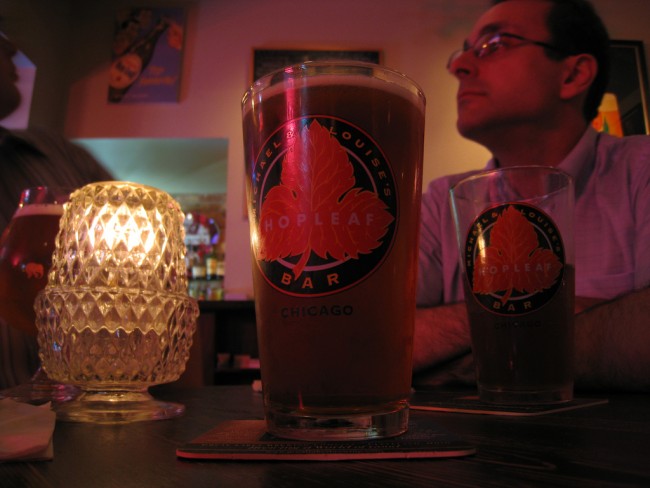 At the Hopleaf Bar in Chicago | © Bernt Rostad/Flickr

Don’t let the wait deter you, as this bar and restaurant is worth the extra time spent in line. Although you must be of legal drinking age to enter Hopleaf, the open, airy feel and warm atmosphere make it the perfect spot for a date night or family gathering. While you’re waiting for a seat in either of its two huge dining rooms, sit at the bar and sample one of the over 60 beers on tap. Aside from the beer selection, the food is the star of the show. Try the popular mussels for two appetizer or the charcuterie board, which features both seasonal selections and menu mainstays. 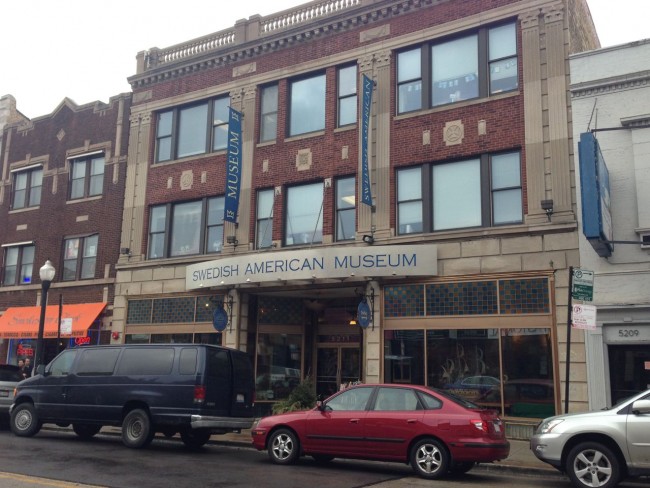 Andersonville is one of the most concentrated areas of Swedish culture in the United States. So, it only makes sense to have this 40-year-old cultural museum located at its heart. Check out the permanent exhibit The Dream of America – Immigration to Chicago as well as special art exhibits, the Brunk Children’s Museum of Immigration, library, genealogy center and a museum Store. Open since 1987 in its current location, it’s a great place to spend an afternoon learning about the rich culture of the neighborhood. 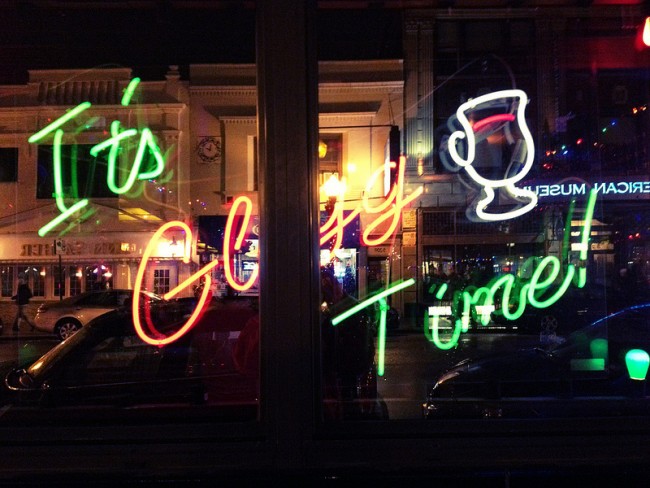 The history of Simon’s goes all the way back to the prohibition, when the original owner, Simon, opened a speakeasy in the basement and not much has changed since then. The décor is an homage to the Andersonville that once was, with Swedish flags, Nordic murals and a pickled herring for a mascot. Ask the bartenders for their seasonal glögg offerings, which is a traditional mulled wine served warm in the winter and now as a slushie in the summertime. It is a true local bar that welcomes newcomers and regulars alike. 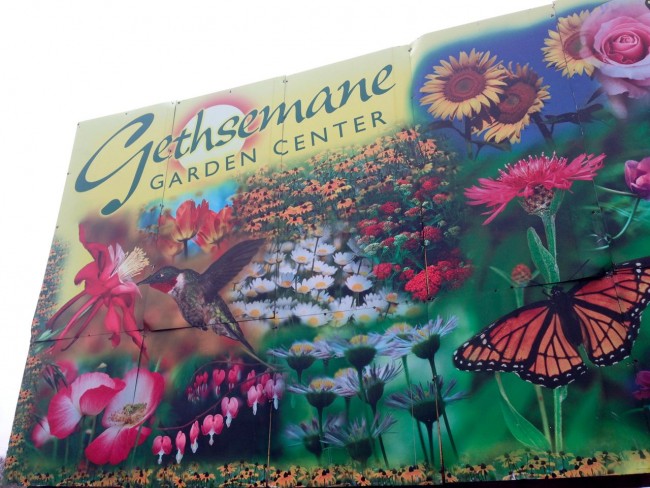 Sitting right on the edge of Andersonville and Edgewater is a garden center that has been encouraging visitors to shop local for over 30 years. Although it may seem like only a seasonal visit, Gethsemane is open year round. They offer everything from seeds and tools to bulbs and holiday wreaths. If you’re not quite ready to think about spring planting season, the Wild Pansy gift shop is filled with a wide selection of pottery, jewelry and decorative items. Take a tour of the greenhouse and be transported to the summertime at any time of the year. 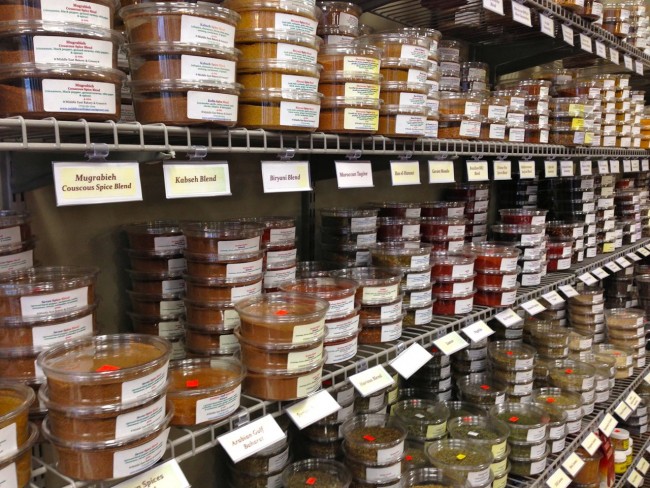 The smell of spices and homemade pies invites you into this grocery store, and the variety of specialty imports keeps you coming back for more. Opening its doors over 30 years ago, this local favorite offers a bit of everything including their popular scratch made pies, homemade dips, soups and salads. You may not see it on the menu, but ask for a falafel sandwich at the deli counter for a quick and satisfying snack. Stay tuned because the grocery store is expanding into a neighboring business to include seated dining. 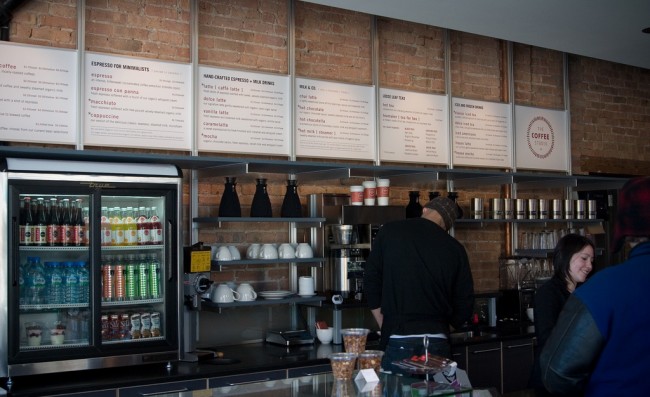 The bar at The Coffee Studio | © jakeliefer/Flickr

Consistently rated as one of the best coffee shops in the city, The Coffee Studio offers organic, sustainable items like their coffees and tea cocktails. Similar to the many other independently owned stores in the area, they encourage buying and eating local. They display rotating art exhibitions from local artists as well as kitchenware, so you can make your own expert coffee at home. If you happen to come in the evening, sit down and enjoy their curated selection of craft beers and wine. 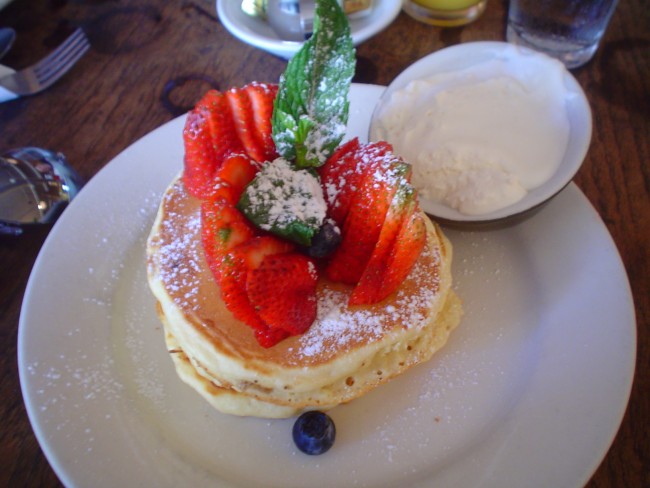 Globally inspired, New American cuisine is what you’ll find at m.henry if you’re looking to indulge in some delicious breakfast or brunch fare. Plan to arrive early, unless you’re okay waiting with the rest of the late-morning crowd, but it is definitely worth the wait. There is an attached bakery to purchase items to go, and the regular menu offers a great variety of sweet and savory options and fresh squeezed juices as well. Fannie’s killer fried egg sandwich and orange juice will hit the spot for a Sunday afternoon gathering. 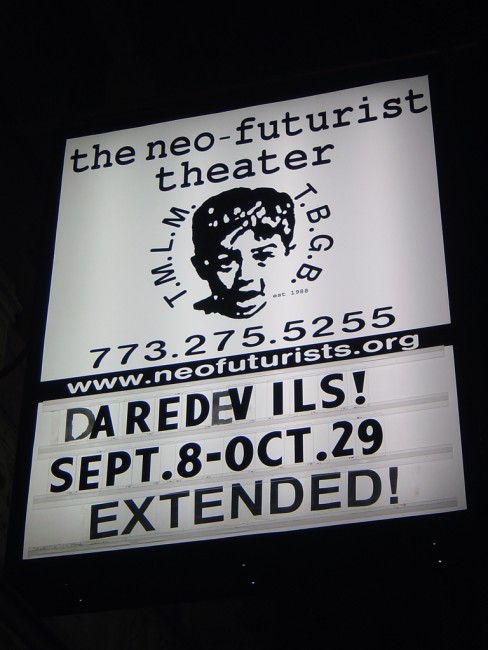 The Neo-Futurists in Chicago | © Chris Metcalf/Flickr

Theater
A performance of The Infinite Wrench by Neo-Futurists (L to R) Dan Kerr-Hobert, Trevor Dawkins and Nick Hart. | © Evan Hanover / Courtesy of The Neo-Futurists
When you go to the Neo-Futurarium, it is essential to see Too Much Light Makes the Baby Go Blind. Performed by the Neo-Futurists, the theater’s signature show is 30 small plays in 60 minutes and has been running in some form since 1989. The performance relies on audience participation and varies every night, with an entirely new set evolving every month. For budding Neo-Futurists, the theater also offers full length classes and workshops.
More Info
Open In Google Maps
5153 N Ashland Avenue, Andersonville, Chicago, Illinois, 60640, USA
+7738784557
View menu
Visit website
Visit Facebook page
Send an Email
Give us feedback
Mon - Fri:
10:00 am - 6:00 pm
Fri:
11:00 pm - 2:00 am
Sat:
11:00 pm - 2:00 am
Sun:
6:30 pm - 8:00 pm

A coffee bike-turned-mobile theater has become a Chicago street performance staple. The creation of Chicago native Jason Trusty, the Puppet Bike it is operated by Trusty and a small group of trusted friends throughout the north side and occasionally the Loop. The colorful, graffiti decorated theater box plays crowd pleasing songs, as puppets dance and bob along. It is hard to track down the exact whereabouts of the bike, but when you do, it’s worth a stop to watch a rabbit and a cat do-si-do.