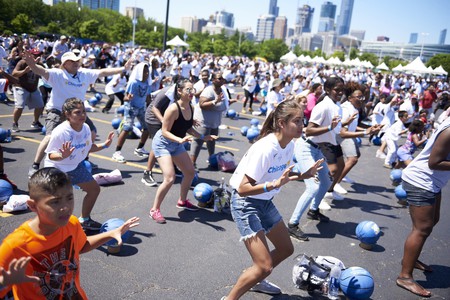 The inaugural Chicago Fit Health and Fitness Festival took place at the Soldier Field South Parking Lot on Sunday, July 8, 2018, in Chicago. | © Joel Wintermantle via The University of Chicago Medicine

Big congratulations are in order for The University of Chicago Medicine and the WNBA’s Chicago Sky for breaking the Guinness World Record for the largest single-venue basketball lesson on July 8, 2018.

As part of the city’s first #ChicagoFit Health and Fitness Festival, hundreds of Chicagoans gathered in Soldier Field’s South Parking Lot to participate in a group basketball clinic.

The previous record holder was Kevin Durant, a small forward for the Golden State Warriors and 2018’s NBA Finals MVP. Last year, Durant and the NBA ran basketball drills with 1,150 participants at a group lesson in India. Unfortunately for Durant, this year, the Sky’s general manager and head coach, Amber Stock, led 1,442 fitness fiends in various exercises, earning her team a spot in the next Guinness Book of World Records. 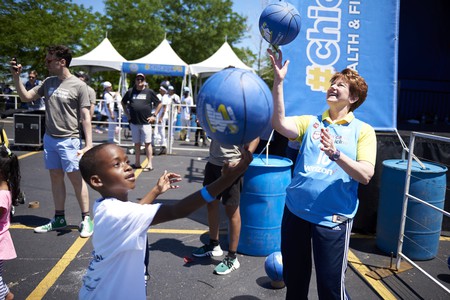 Michael Empric, an official adjudicator for Guinness, attended the event to make sure no one fouled out, so to speak.

“The Guinness folks were especially strict about the rules during the lesson,” said Skip Hidlay, chief communications and marketing officer for The University of Chicago Medicine. “In order to be counted toward the record, everyone who participated in the lesson had to fully participate the entire time.” 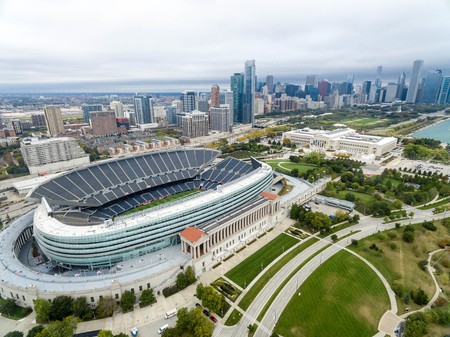 The clinic itself lasted 30 minutes and included everything from ball-handling drills and shooting tips to defensive moves and dribbling. Participants ranged from tiny toddlers to senior citizens.

According to Watchen Nyanue, vice president of marketing partnerships for the Chicago Sky, there were many more attendees than the final count indicates. (Anyone who snapped a selfie or took a break couldn’t be counted toward the total.) Still, the record was broken, with thousands coming out to celebrate wellness, so the event will go down as a success on all fronts.

The inaugural Chicago Fit Health and Fitness Festival took place at the Soldier Field South Parking Lot on Sunday, July 8, 2018, in Chicago. | © Joel Wintermantle via The University of Chicago Medicine

Since February, when UChicago announced its partnership with the Sky as the team’s official medical provider, there’s been some talk between the two about the importance of free, safe, and family-friendly events like the #ChicagoFit Health and Fitness Festival.

Other activities, like tennis and wellness screenings, were also available to participants who may otherwise not have opportunities to experience them.

“Our goal was to help people of all ages get moving by featuring activities, games, giveaways, and free health and wellness screenings,” added Hidlay. “We think we did a good job showing everyone that you can be fit and active and have some fun along the way.”

Nyanue agrees. She stated the ultimate goal was to have the festival act as a “catalyst for a lifetime of prioritizing health.”

When asked if the challenge will happen again next year, Nyanue laughed. “We’re still recovering from this one,” she said, but she confirmed more events are in the works.