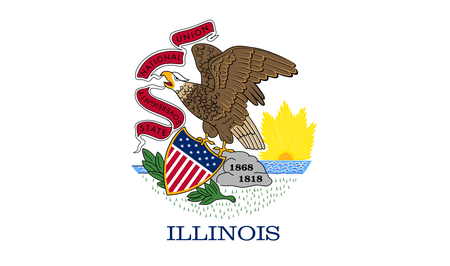 Illinois’ state song may be little known to those who didn’t learn it while attending grade school locally, but this somber tune is actually over 120 years old. Written in an effort to aid Chicago’s bid to host the world’s fair in 1893, the song touches on the Civil War and the natural beauty of Illinois.

The song Illinois was written by Charles Chamberlin sometime around 1890. Chamberlin was a Civil War veteran who wrote the wistful lyrics about his home state of Illinois. He put the song to the tune of a then-popular love song Baby Mine, written by Archibald Johnston in the 1870s. Baby Mine is now a mostly forgotten song that mainly exists in the current day as a footnote in the creation of the Illinois state song, although the Library of Congress does have a rare recording of this song being sung.

The song Illinois was written in connection to the time when Chicago was campaigning to be the site of the World’s Columbian Exposition, the world’s fair of 1893. There was fierce competition amongst various states for this honor. The song was primarily written for Chamberlin’s friend, Col. O. B. Knight, to sing throughout Illinois and Washington DC to help secure Chicago as the site of the upcoming world’s fair. US Senators Shelby M. Cullom and John M. Palmer led this ultimately successful bid for Chicago.

Although Illinois has been the de facto state song since then, its place was not secured until 1925 by act of the 54th Illinois General Assembly. The bill was introduced by the first woman to serve as a member of the Illinois Senate, Senator Florence Fifer Bohrer, daughter of the late Governor Joseph W. Fifer. The bill was passed without opposition, and upon executive signature, it became law. While there has been movement in the past few decades to strip Illinois of its official status in favor of a song more catchy or memorable, nothing has been successful.