The Top 10 Things To See And Do In Springfield

State Capitol of Illinois | © DiAnn L'Roy/Flickr
Springfield, Illinois‘ capital, is primarily known for being the home of Abraham Lincoln before he moved into the White House. Here are the top 10 things to see and do in Springfield. 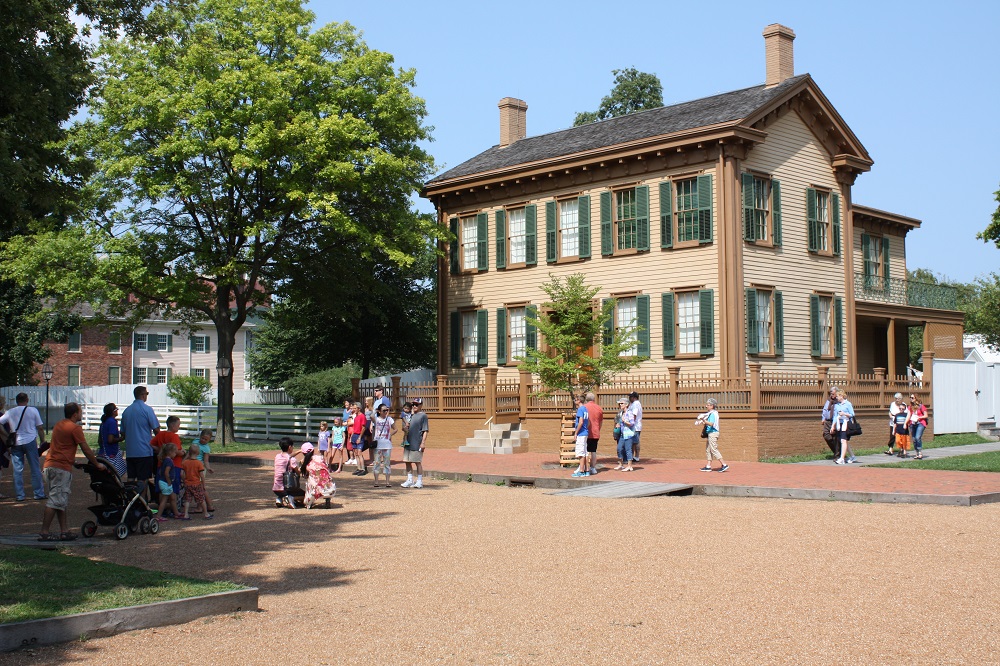 Lincoln Home National Historic Site first opened to the public in 1887 and tells the story of Lincoln’s life as an attorney and politician in Springfield and his 1860 presidential campaign. Built in 1839, this 12-room Greek revival house was Abraham and Mary Lincoln’s home for 17 years. The historic site offers free ranger-led tours daily, a free viewing of a film of Lincoln’s life, and several exhibits and houses throughout the historic four-block Lincoln-era neighborhood. 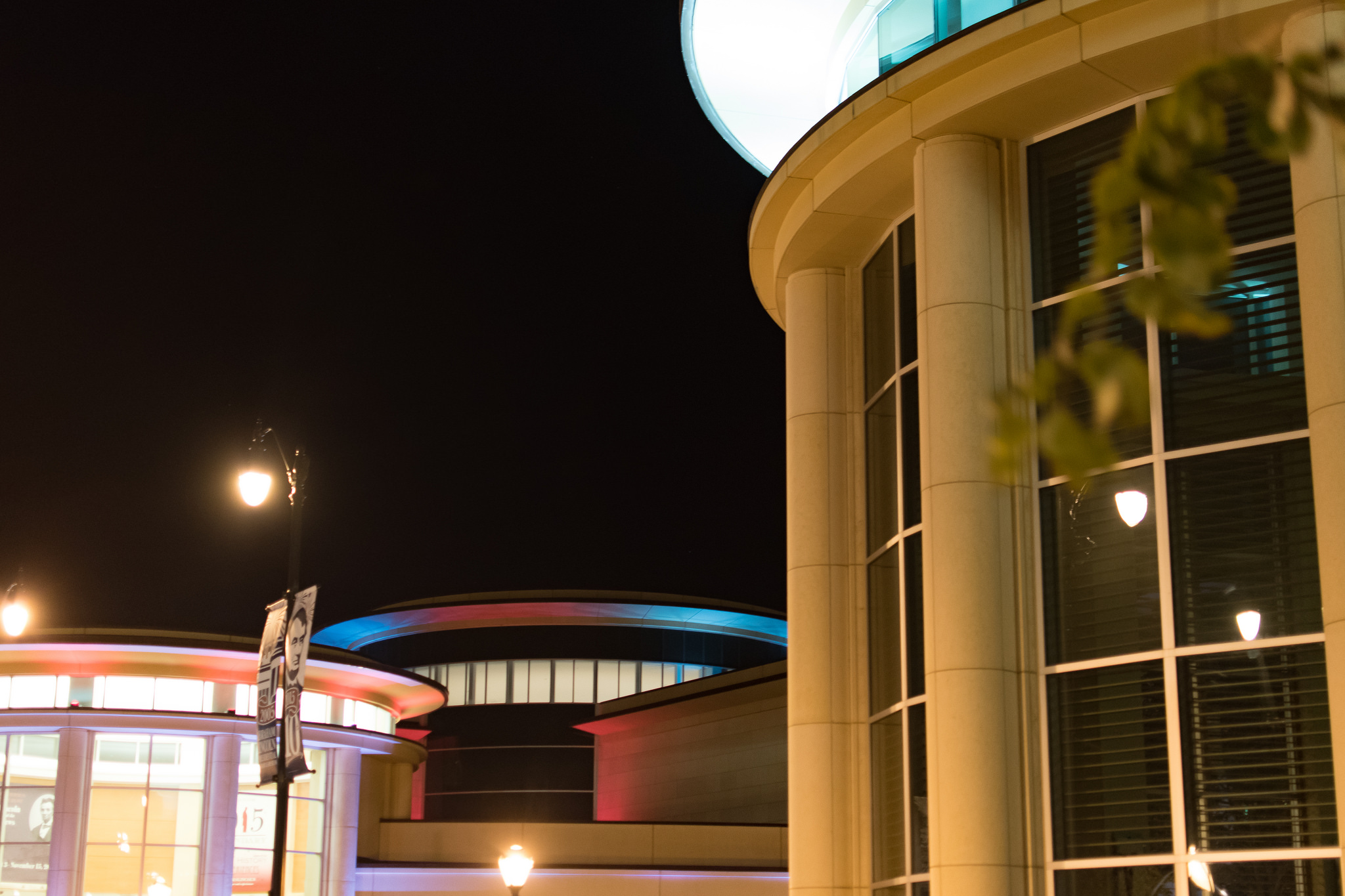 The Abraham Lincoln Presidential Library & Museum consists of a library that is open to the public on the weekdays for research, and the museum, which is open daily for touring. The presidential library has an expansive collection of Lincoln materials, including an original copy of the Gettysburg Address, Lincoln’s family letters, and assassination materials. The library also has exhibits on its historical Illinois holdings.  The museum takes visitors on a journey through Lincoln’s life and hosts a treasure gallery of Lincoln artifacts; furthermore, the museum also features a number of temporary exhibits.

The Lincoln Tomb and War Memorials State Historic Site is located within Oak Ridge Cemetery. Lincoln was assassinated on April 15 1865 and at the wishes of his wife Mary, his remains were brought home to rest in their hometown of Springfield. The tomb is 117 feet tall and was designed by sculptor Larkin Mead. The rooms of the tomb are finished in polished marble trimmed with bronze and the corridors contain recreations of important Lincoln statues. Also located in the cemetery are the World War II, the Korean War, and the Vietnam War memorials. 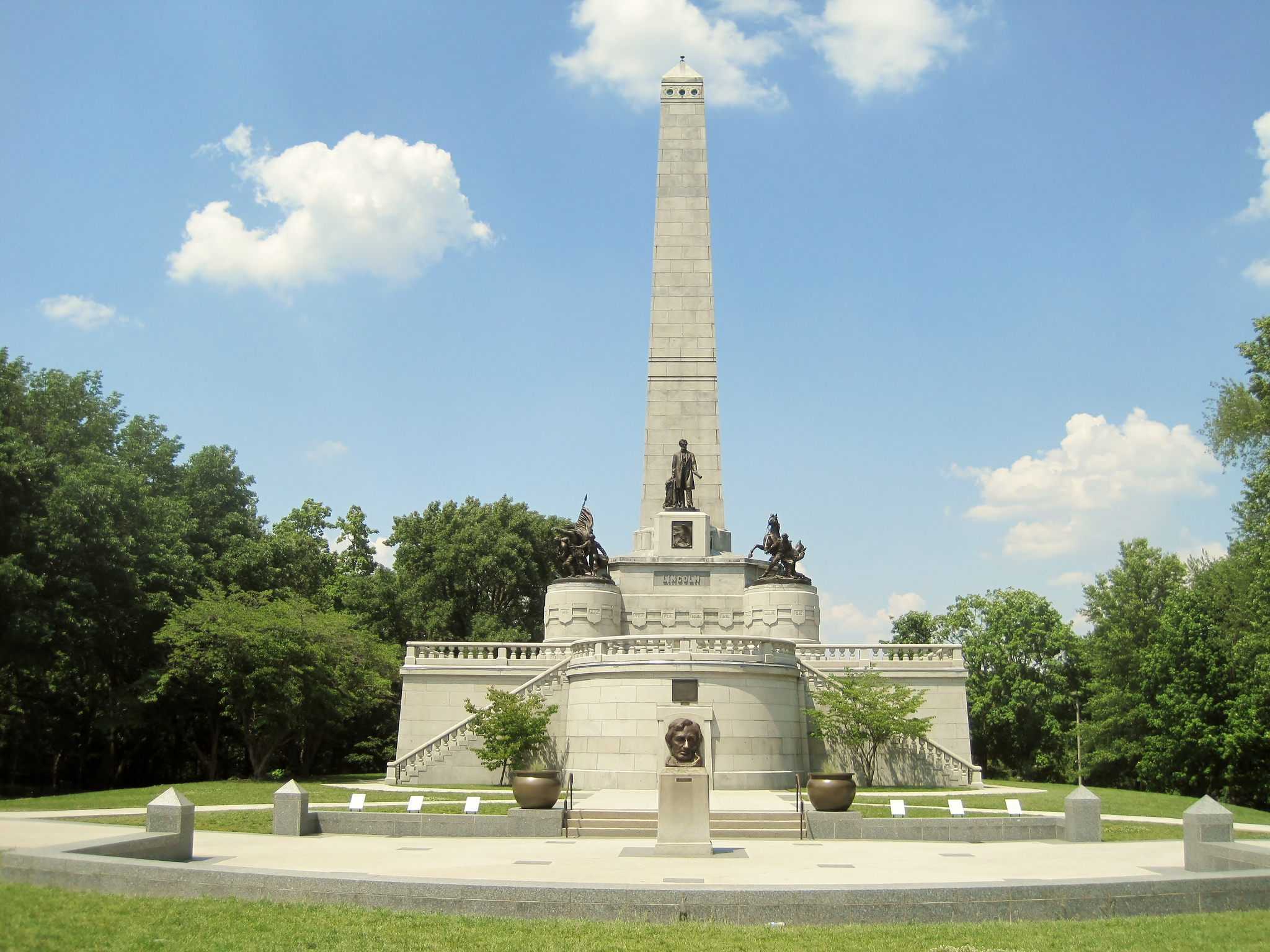 
The Old State Capitol is a reconstruction of the first statehouse to be located in Springfield and the fifth statehouse in Illinois. The Old State Capitol served as the seat of state government and a center of Illinois political life from 1839 to 1876 and played an important role in the political struggle between Stephen A. Douglas and Abraham Lincoln. The Greek revival building was reconstructed in the 1960s and visitors can take a 30-minute guided or self-guided tour of the central hall, two libraries, the supreme courtroom, an incredible rotunda, and legislative chambers. 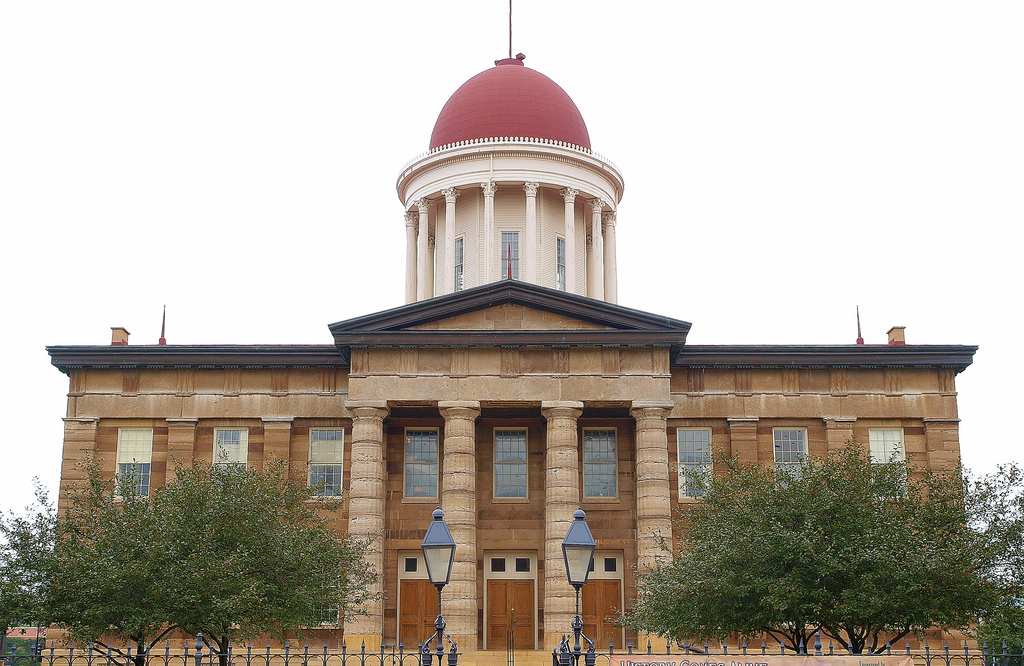 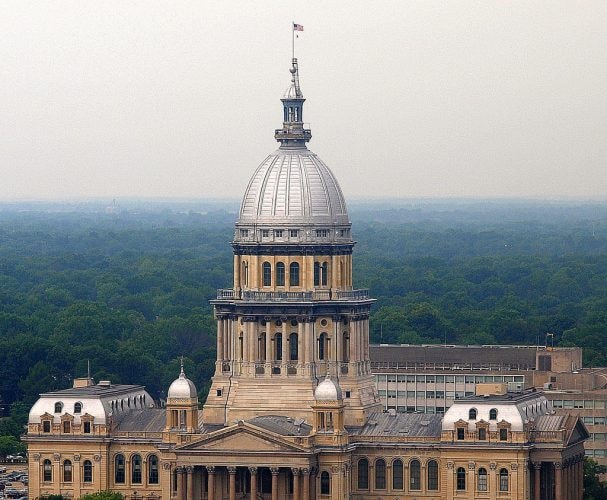 The Illinois State Capitol is a French-renaissance-style building that was built in 1868. The building is 361 feet tall and has a dome that is 92.5 feet wide. The State Capitol is open to tour seven days a week, and the dome, decorated with colorful detailed patterns and elaborate stained glass, is the highlight of the visit. Visitors are able to tour the ground floor on their own but must take a free guided tour in order to view the upper levels including the house, senate, and supreme court chambers.

The Dana-Thomas House was designed in 1902 by Frank Lloyd Wright for Springfield socialite Susan Lawrence Dana, and was the 72nd home to be designed by Wright. The home has 35 rooms in the 12,000 square feet of living space, which includes three main levels and 16 varying levels in all, and contains the largest collection of site-specific, original Wright art glass and furniture. The house museum offers guided tours by veteran tour guides, which highlight the attention to detail, the glass and woodwork, and Wright’s concepts. 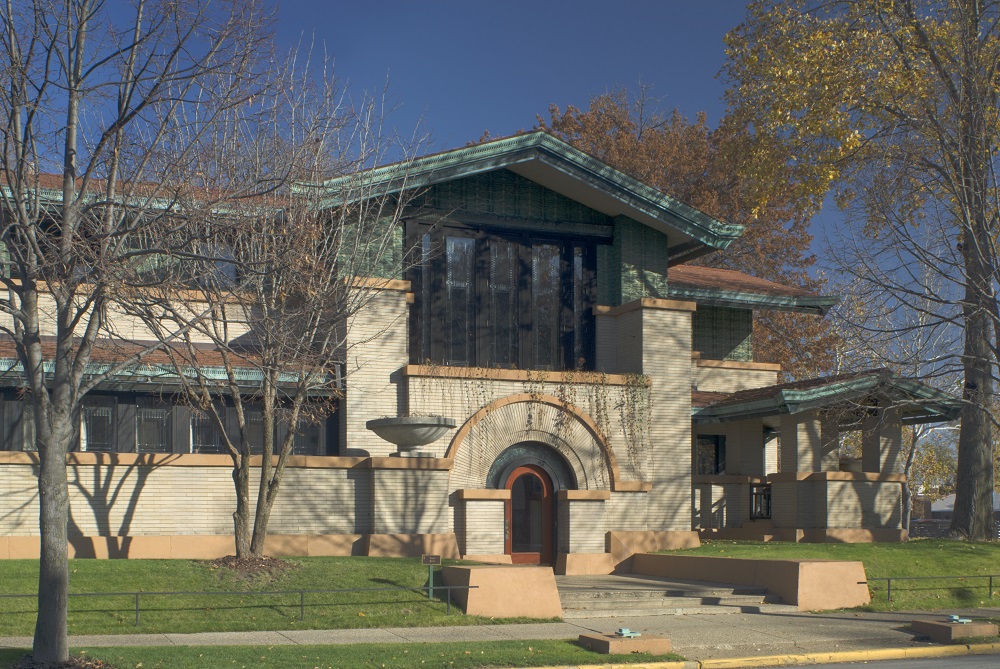 The Illinois Executive Mansion has been the home of Illinois governors and their families since 1855. The mansion is the third oldest; it has continuously occupied the governor’s mansion in the United States, and it has hosted U.S. presidents, ambassadors, and generations of Illinois residents at the People’s House. Free tours of the interior of the Italianate mansion are offered; they include viewings of four formal parlors, a state dining room, four bedrooms including the Lincoln bedroom, and a library handcrafted from native American Black Walnut. 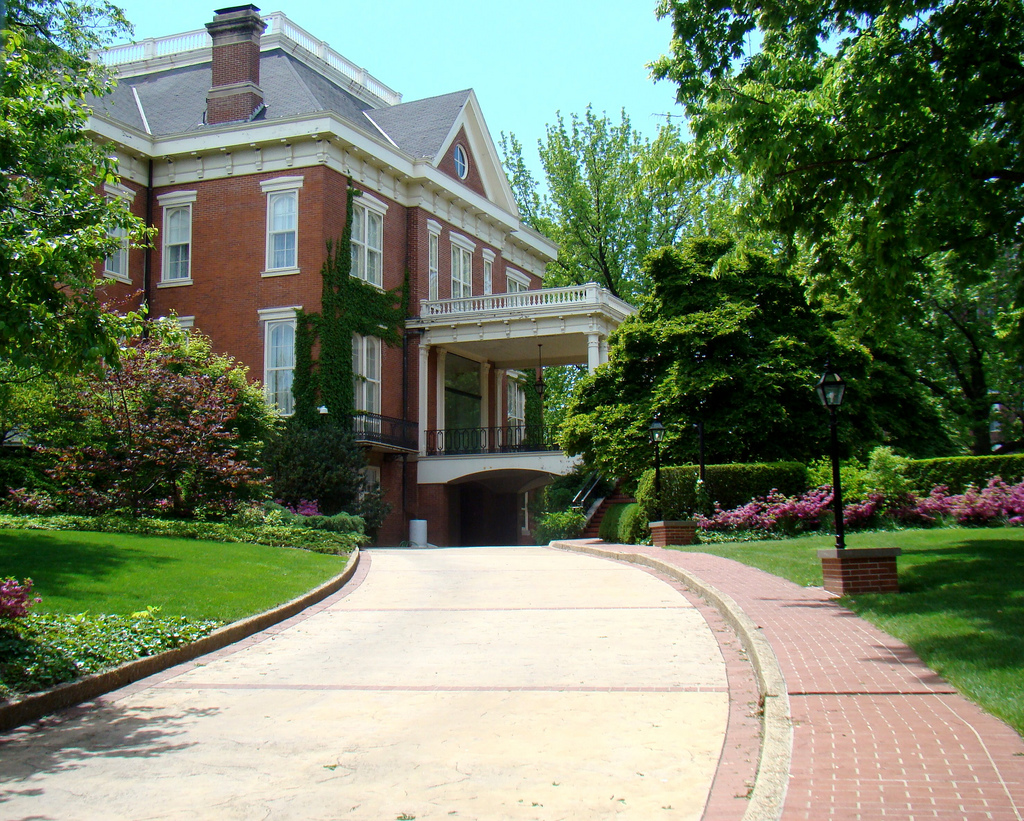 Located in the historic Washington Park, the Thomas Rees Memorial Carillon is one of the largest carillons in the world. The Thomas Rees Memorial Carillon is the site of many free weekly public concerts, community events, and the International Carillon Festival held each June. The carillon and tower are available for tours. The carillon is the fifth largest in the world and consists of 67 cast bronze bells ranging in weight from 22 pounds to seven and a half tons. The tower is 12-stories tall and has three observation decks with views of Washington Park and Springfield. 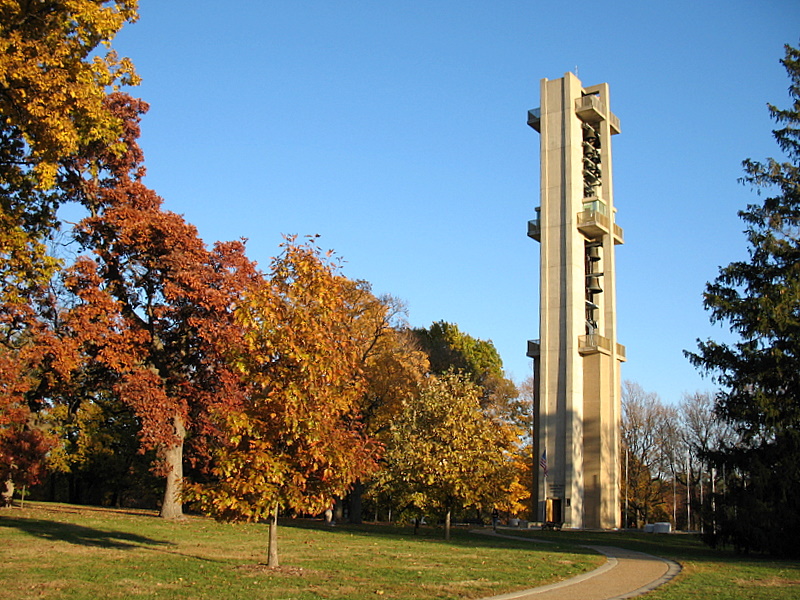 Washington Park Botanical Garden consists of 9,000 square feet of greenhouse and conservatory area with more than 1,800 species of plants. It is an oasis of nature situated within an urban environment. Smell the flowers as you stroll through the botanical garden’s cactus garden, perennial border, peony collection, rose garden, shade garden, and Roman cultural garden. While you walk along the paths, listen for the Thomas Rees Memorial Carillon playing just up the path. 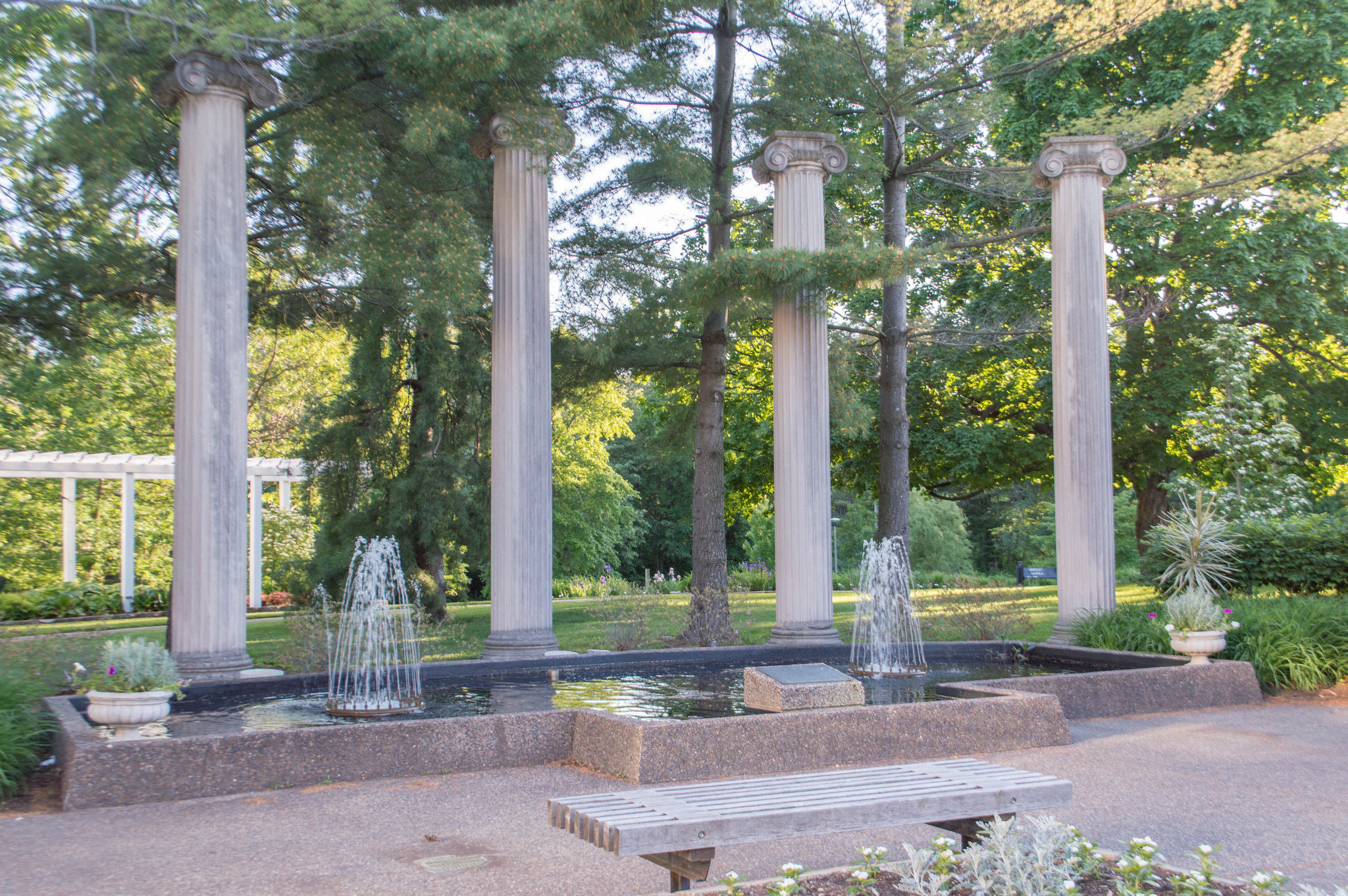 The Route 66 Drive-In invites you to step back in time and enjoy one of America’s favorite past times on the historic Route 66. The Route 66 Drive-In is a restored twin drive-in with two double features showing nightly, from Memorial Day through Labor Day, and on weekends through the month of October. Starting at dusk, you can enjoy current movies from the comfort of your own car. 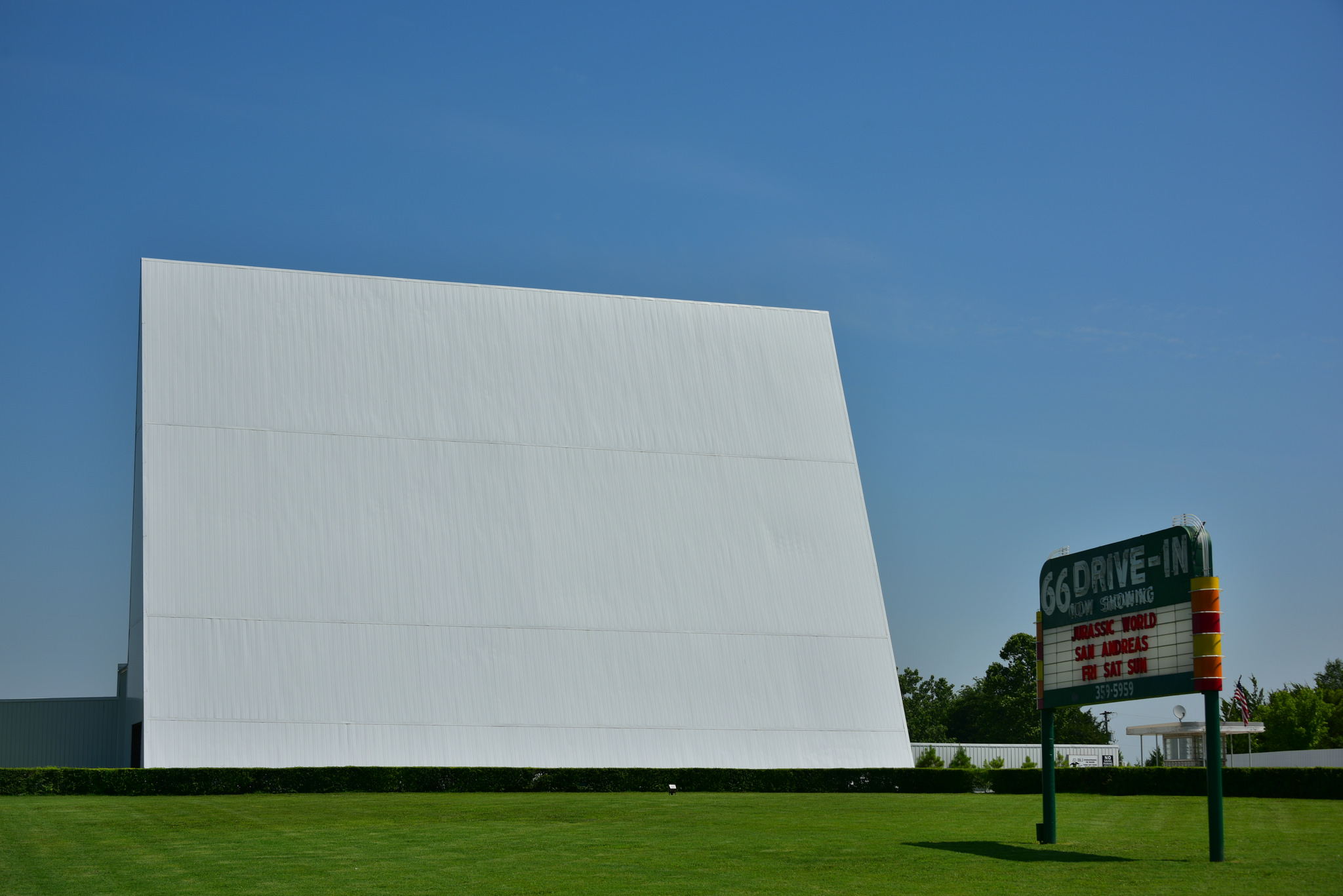