The Past And Future Of Chicago's Navy Pier

Over the last century, Navy Pier has become Chicago’s most popular tourist attraction and an icon that locals love to loathe. With a 100-year milestone on the horizon, the storied pier is being reinvented with a bold vision not unlike the one from which it was born. 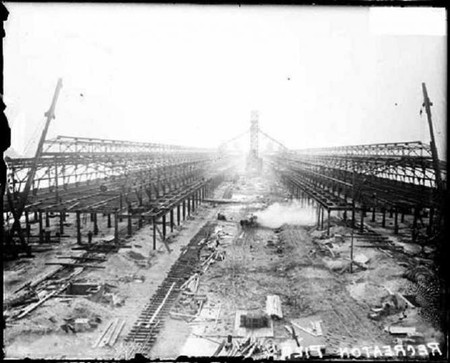 If you know Chicago history, you know that architect Daniel Burnham made ‘no little plans.’ He had big ideas about what cities should look like (enter the skyscraper) and what the future would hold (enter the 1893 World’s Columbian Exposition). He also had a grand vision for a regional metropolitan area that included parks, stately thoroughfares, and yes, a series of piers that would transform the city’s lakefront. 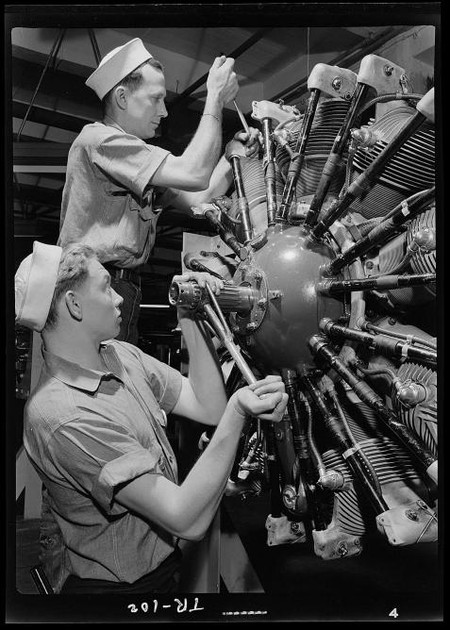 Burnham’s plan called for five; he only got one. However, that singular creation — completed in 1916 as Municipal Pier, a working freight terminal with a grand promenade for public entertainment — took on a life of its own.

Renamed Navy Pier after World War I to honor returning Naval heroes, the 3,300-square-foot steel and cement structure jutting from Grand Avenue into Lake Michigan has served as everything: a prison for draft dodgers to a training center for pilots during World War II (one of those pilots was future president George H. Bush), to a gritty urban campus for the University of Illinois. And then along came the Ferris wheel, and the blinking lights, and the tourists, and so on. 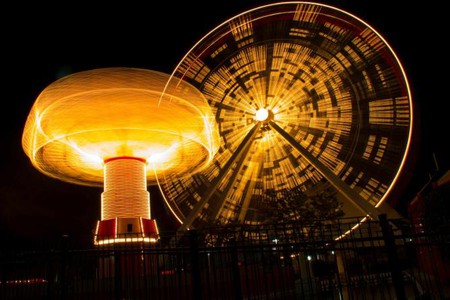 The Pier Gets ‘Malled’

As times changed, so did Navy Pier, suffering through some notable ups and downs — from the late 1970s era of the ChicagoFest music festival through the 1995 debut of the pier as a supersized tourist ‘mall’ on water. 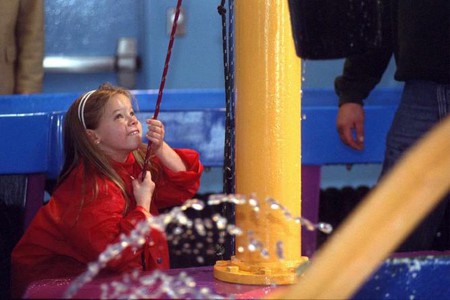 It wasn’t all bad. In 1977, City Hall designated Navy Pier as a Chicago Landmark, and after years of decay, it was reinvented as a beaming, if not glitzy, gateway to the city. A 150-foot-high Ferris wheel (an apt addition, considering the world’s first Ferris wheel was unveiled at the 1893 Columbian Exposition) offered postcard views from the lake, food courts and halls of retail vendors that flourished, and big name restaurant chains staked out key corners for maximum tourist appeal (Jimmy Buffet’s Margaritaville is among the most popular).

There were winter festivals and boat cruises and funnel cakes and fireworks and an electric atmosphere that was nothing short of a theme park on water. That’s the part of Navy Pier many native Chicagoans love to hate, but if you can get beyond the neon glow and souvenir stands, there’s more — including a few cultural gems Burnham himself might have happily penciled into his big plan. 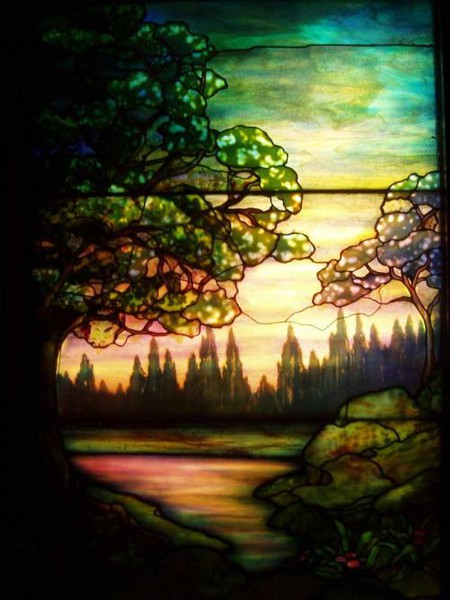 A piece of art from Richard H. Driehaus Gallery of Stained Glass | © Daderot/WikiCommons

Shakespeare on the Lake

There’s a reason Navy Pier is the most popular tourist destination in Chicago (more than nine million visitors in 2010, and counting), and it’s not all about the Ferris wheel (which was dismantled at the time of this article’s publication and will be rebuilt by 2016). The Navy Pier entertainment complex is also home to the Richard H. Driehaus Gallery of Stained Glass, the Chicago Children’s Museum, and the world class, award-winning (including a regional Tony) Chicago Shakespeare Theater. Those beloved Chicago institutions are what have kept even the naysaying locals coming back and built a solid foundation for the Navy Pier of the future. 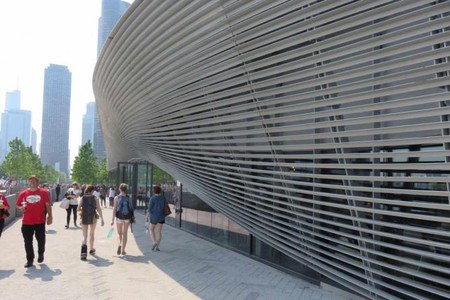 True to its origins, those behind the Centennial Vision at Navy Pier (a nonprofit corporation) are making ‘no little plans.’ According to a Centennial Vision manifesto posted on its website, ‘Navy Pier is not a theme park. However, it does have a theme.’

Upgrades and enhancements in 2016 have introduced a greener, more sustainable suite of Pierscape public spaces, a Chicago-themed ‘food experience,’ a small boutique hotel on the east end of the pier (adjacent to and including the historic pier building), and an even bigger, flashier ($26.5 million) Ferris wheel. 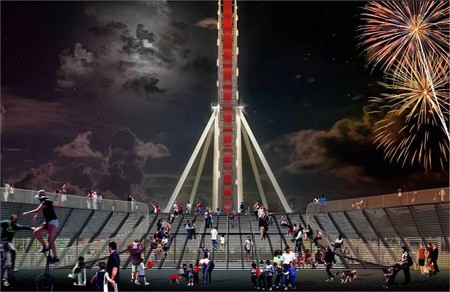 This one rises to nearly 196 feet, almost 50 feet higher than the most recent one, though still not quite as majestic as the original, built by Mr. Ferris back in 1893. Will locals love it as much as the millions of tourists? Check back in a century.