The Coolest Street Sculptures in Chicago

Hidden among the many towers and streets of Chicago are a number of sculptures done by famous artists and sculptures, each creating and adding to the personality of the city. The following is a roundup of the Culture Trip’s favorite street sculptures in the Windy City. 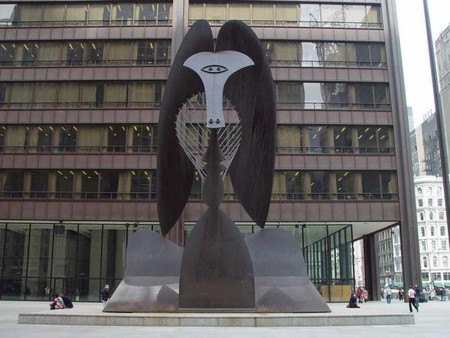 In 1963, famous cubist sculptor and painter Pablo Picasso was commissioned to create a work of art for Chicago’s Daley Plaza. After working two years on the design and spending several more years building it, the 50-foot tall sculpture, weighing 162 tons, was finally revealed to the public. The sculpture was left unnamed by its artist and thereby is fondly referred to as The Picasso by Chicago residents. What the work of art is meant to be remains unknown, but the jungle gym like qualities invited visitors to interact with the sculpture, and depending on the season, there will be markets and live music set up in front of it.

Located in Brunswick Plaza, this extraordinary sculpture created by Spanish artist Joan Miro sits for visitors to enjoy or sit around during lunch breaks. The sculpture is approximately 40 feet tall and is made from a mix of steel wire mesh, concrete, bronze and ceramic tile. It was revealed to the public in 1981 and remains a fascinating landmark of Chicago. 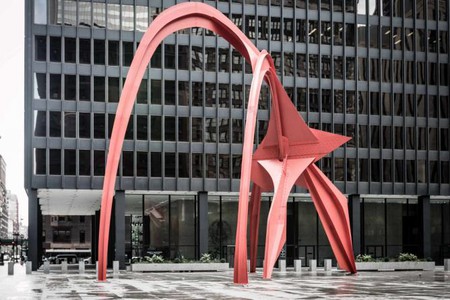 This 53 foot tall sculpture that weighs approximately 50 tons was created in 1974 by American sculptor Alexander Calder, who is famous for creating works of art that center around kinetic energy and carefully balanced pieces. The Flamingo is one of Calder’s only static sculptures, and it adds a bit of whimsy to the serious business buildings surrounding it. The vivid pink color stands out amongst the grey, and the placement of the legs allows for pedestrians to walk around it and even under it.

This complex sculpture created by Jean Dubuffet was built in 1984 and is a representation of street language, graffiti and caricature. The sculpture, which stands at 29 feet tall and weighs 10 tons, is made entirely out of white fiberglass and is built so that visitors can enter inside it to be fully encompassed in its meaning and beauty. There are four elements to the piece, representing a standing animal, a tree, a portal and an architectural form that can all be seen by visitors from various different angles. 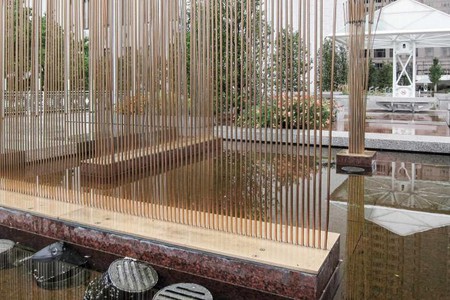 Built by Italian sculptor, Harry Bertoia, who was well-known for incorporating elements of sound into his work, Sounding Sculptures is located in Aon Center Plaza and greets visitors with beautiful melodies. The sculpture is comprised of variously sized metal rods that vibrate when the wind passes through them and create frequencies based on their height; creating music. Bertoia was inspired to create this piece by wheat fields, making this particular work of art a pleasing and relaxing one to visit.