How the Chicago Cubs Ended the 108-Year Drought 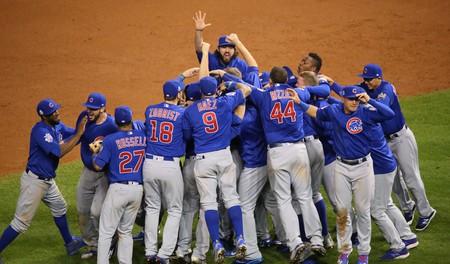 Before the epic World Series win of 2016, the Chicago Cubs were baseball’s lovable losers, holders of the longest drought in history and more famous for curses and bad luck than their loyal support and heritage. With the drought finally over and the team favorites to repeat their win in 2017, Culture Trip takes a look at how it all turned around for the North Siders.

The roots of their success can be traced back to the change of ownership in 2009 when the Ricketts family took over from the Tribune company. They began the rebuilding process by hiring Theo Epstein as president of baseball operations in 2011. Epstein had been general manager of the Boston Red Sox when they had ended their own 86-year drought in 2004.

Although the first few years of Epstein’s tenure were rocky as the Cubs finished last in the National League (NL) Central Division three years in a row, the focus on building a strong, young team by acquiring the right prospects slowly began to show signs of promise. Future All-Star Anthony Rizzo was picked up via a trade with San Diego in 2012 and developed alongside minor league prospects Javier Báez, Albert Almora, and Jorge Soler. The team continued to change in the following seasons as future key pitchers Jake Arrieta and Kyle Hendricks were brought in via trades with Baltimore and Texas respectively; Kris Bryant and Kyle Schwarber were acquired, and Addison Russell was traded from Oakland. 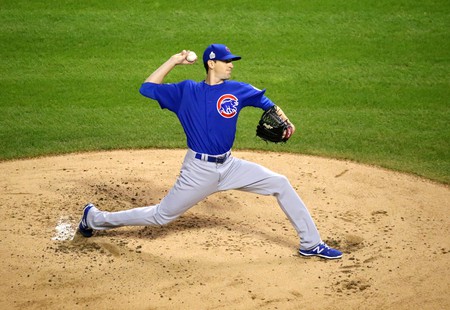 The end of the 2014 season saw the arrival of the man with the plan, new manager Joe Maddon, winner of the 2002 World Series as a bench coach for the Anaheim Angels—he also took the Tampa Bay Rays to their first (and only) World Series appearance in 2008 despite competing with the financial muscle of the Yankees and Red Sox. With Maddon in place, the opening game of 2015 saw five new players in the lineup, including big pitching acquisition Jon Lester and center fielder Dexter Fowler. The focus on youth began to flourish as Bryant, Russell, and Schwarber were soon on the team, with Bryant picking up the National League Rookie of the Year Award.

The 2015 season was a sign of things to come, as the young team finished with the third-best record in the majors, beat the Pittsburgh Pirates in the Wild Card Game, and defeated rivals the St. Louis Cardinals in the NL Division Series Game. Though they were swept in four games by the New York Mets, a team that could win the Series was almost complete. Ahead of 2016, they re-signed Dexter Fowler for another year and acquired three more new names, Jason Heyward, Ben Zobrist and John Lackey, and were widely considered the favorites for the 2016 Series. 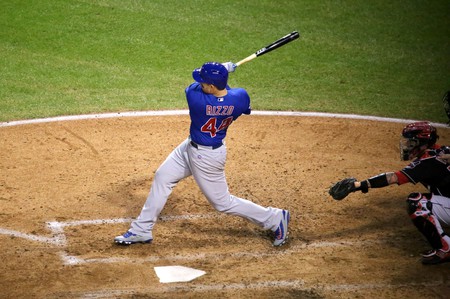 The Cubs lived up to the hype as they ran away with the NL Central, winning 103 games, the most since 1910 and easily the most in the majors. The postseason began with the Cubs defeating the San Francisco Giants in the NL Division Series to make the NL Championship Series for the second year in a row. They then beat the Los Angeles Dodgers in six games to make their first World Series appearance since 1945, the year of the Billy Goat Curse. If nerves were expected amongst fans and players, it showed as they went 3-1 down in the Series against the Cleveland Indians, who were looking to end their own 68-year drought. However, the team rallied to tie the Series at 3-3 before the deciding game in Cleveland.

What followed was one of the greatest Game 7s ever played, as the Cubs took a strong lead with homers by Fowler, Báez, and Ross, before the Indians dramatically drew level with three runs in the 8th. With extra innings on the way, rain delayed the game for 17 minutes to further add to the drama. The Cubs came back in the 10th inning though, taking an 8-6 lead. Despite another rally by the Indians, the Cubs clinched the curse-breaking, drought-ending World Series with a final Game 7 score of 8-7.

The winning moment | © Arturo Pardavila III / Flickr
Give us feedback