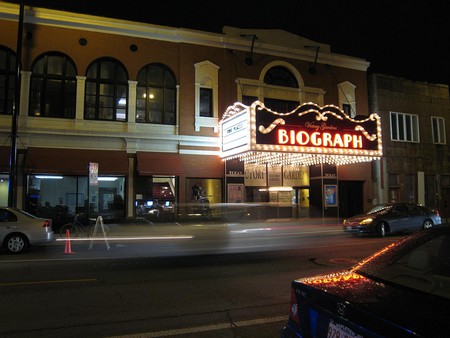 Unsurprisingly, Chicago isn’t big on selling its corrupt past as a tourist attraction, so don’t expect to find any gangster tours being advertised to the hordes on Michigan Avenue. But, for history fans with a penchant for organized crime, it’s not too difficult to string together a number of locations into a pretty fascinating day out.

Begin in River North at the Holy Name Cathedral. Two notorious murders happened here in the ’20s, one of which left bullet marks in the church’s cornerstone that can still be seen today. Opposite the church once stood Schofield’s, a flower shops and legitimate front of North Side boss Dean O’Banion. It became the headquarters for the North Side Gang (and mob funerals ensured business was always good). In November 1924, O’Banion was gunned down inside Schofield’s after an argument with rival Angelo Genna. Two years later, O’Banion’s lieutenant, Hymie Weiss, and several associates on their way to Schofield’s were sprayed with bullets; stray bullets from the attack left the on the church. 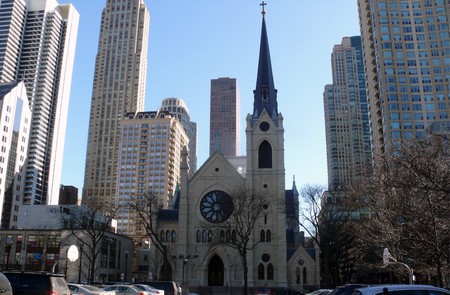 O’Banion’s shooting sparked the beginning of a deadly five-year war between the North Side Gang and Al Capone’s Chicago Outfit, which culminated in the St. Valentine’s Day Massacre in 1929. Head north to Lincoln Park to visit the site of the massacre, where Capone’s men, dressed as police officers, lined up seven members of the North Side Gang and shot them inside a garage. The building was torn down in the ’60s and is now a parking lot.

A short walk northwest from there is the Biograph Theater, opened in 1914. This Chicago landmark is notorious as the place bank robber John Dillinger was shot by FBI agents in July 1934. “Public Enemy Number One” Dillinger had been betrayed by “Woman in Red” Ana Cumpănaș, who informed the FBI of his plan to visit the theater. After watching gangster film Manhattan Melodrama, agents pursued Dillinger into a nearby alley and shot him dead.

If there’s time, an hour west of the city is Mount Carmel Cemetery, where many notable gangsters are buried, including Capone, O’Banion, and Weiss as well as Frank Nitti, Vincent Drucci, and the Genna brothers.

The only way to end the day, though, is at The Green Mill in Uptown. Dating back to 1907, this glamorous cocktail lounge and jazz club was Al Capone’s favorite speakeasy in the 1920s. Capone’s associate Jack “Machine Gun” McGurn, who supposedly owned part of the club at the time, famously slashed and stabbed singer Joe E. Lewis in 1927 for considering an offer from a rival club. A network of tunnels underneath the bar that were used to smuggle in booze during Prohibition are reportedly still there, as is Capone’s favorite booth, which offers excellent views of the front and back entrances should trouble arrive. 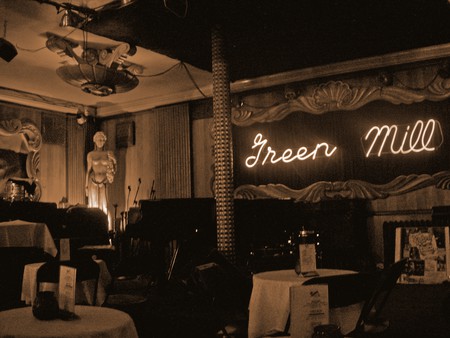 The Green Mill | © Keith Cooper/Flickr
Give us feedback