Flamingo | © Vincent Desjardins/Flickr
Art comes naturally to Chicago. Between larger-than-life murals, statues, sculptures, and even pothole mosaics, the city has it all. Go on a walking tour of Chicago’s best free and public art – whether it’s been standing for nearly 50 years or painted just last month – and learn to appreciate the culture.

Archaeological site, Park
Cloud Gate | © Robert Lowe /Flickr
British artist Anish Kapoor designed Cloud Gate in 2004 to be a part of Chicago’s Millennium Park, a popular tourist destination. It’s quickly become one of the city’s most defining and iconic images, drawing visitors from all over the world who want a picture in the famous mirrored surface of ‘The Bean.’
More Info
Open In Google Maps
Chicago Loop, Chicago, Illinois, 60601, USA
Visit website

Chicago artist Jim Bachor was frustrated by the city’s overwhelming pothole problem when he decided to do something about it in 2013. He started by filling up a pothole outside his home with glass and marble mosaic tiles, and his work has grown into an annual initiative throughout the Chicago streets. He does it without permission from the city, so his work occasionally gets paved over and lost. But what remains always manages to bring a smile to people’s faces.

In 1967, Pablo Picasso unveiled this untitled sculpture as a gift to Chicagoans, but he never explained what it was or what it represented. It initially caused controversy and backlash among residents but has grown to be a beloved piece of art in the city. It’s affectionately dubbed ‘The Picasso’ and reigns over Daley Plaza in the Loop. 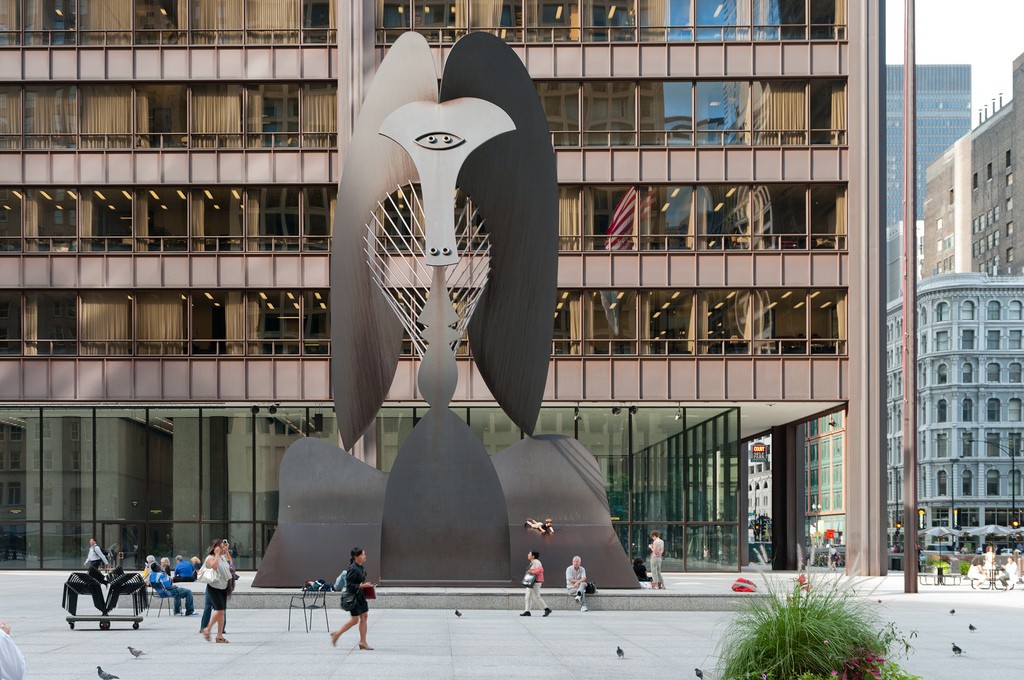 Park
Courtesy of Mile of Murals
In 2007, the Mile of Murals project began alongside the Rogers Park branch of the Red Line elevated train tracks. Every year, new sections of the walls and underpasses are painted with murals by local Chicago artists in order to celebrate the neighborhood’s culture and beautify the area in the process.
More Info
Open In Google Maps
Chicago, Illinois, USA 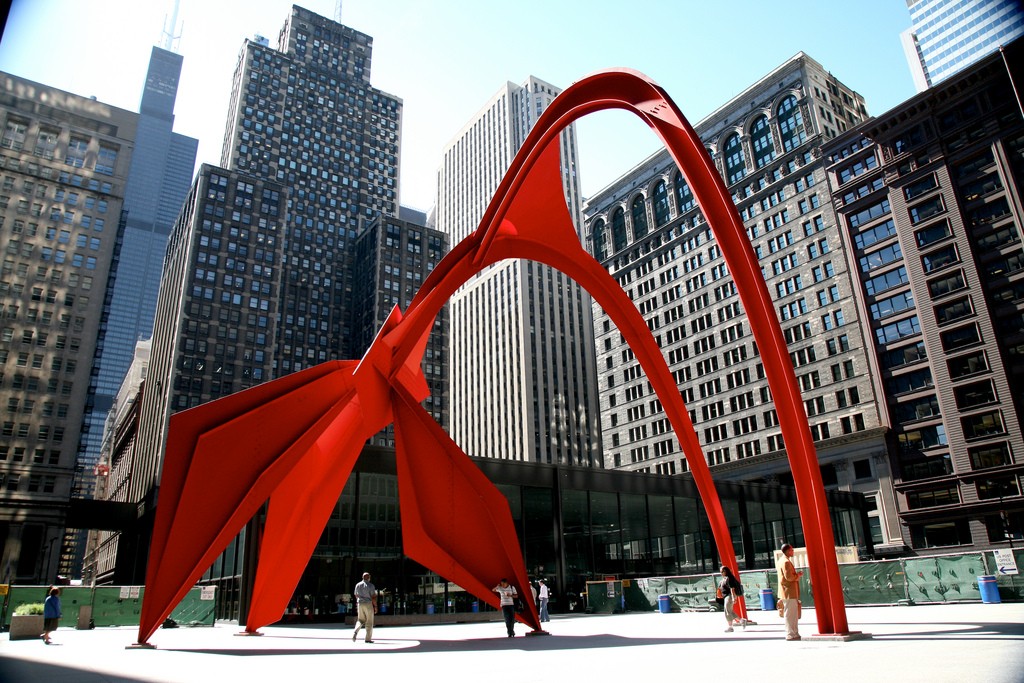 North Side native Tony Passero has been painting vibrant and mesmerizing murals around Chicago for years. He’s an entirely self-taught artist who incorporates a blend of Latin, Creole, and Tribal tones into his expressionist-style artwork.

The entire 606 trail through Wicker Park and Logan Square is a work of art, but it’s full of commissioned pieces as well. Some are temporary sculptures, while others are permanent murals, but they all work together to make the path a little more beautiful.

I love walking the 606! today at 4 is an event on the 606 called WALK THE 606 WITH LIGHT. everyone brings lights to make it magical!! Chicago friends: any interest? **update: rescheduled due to storm warning**

When a night run turns into a nightmare. Chicago, always full of surprises. #streetart #brickhouse #wtf

Hundreds of thousands of mosaic tiles in more than 250 colors make up six Chicago scenes on Marc Chagall’s The Four Seasons. The artwork wraps around a rectangular box that is 7 feet long, 10 feet wide, and 14 feet tall. It was unveiled in 1974 and updated in 1994. 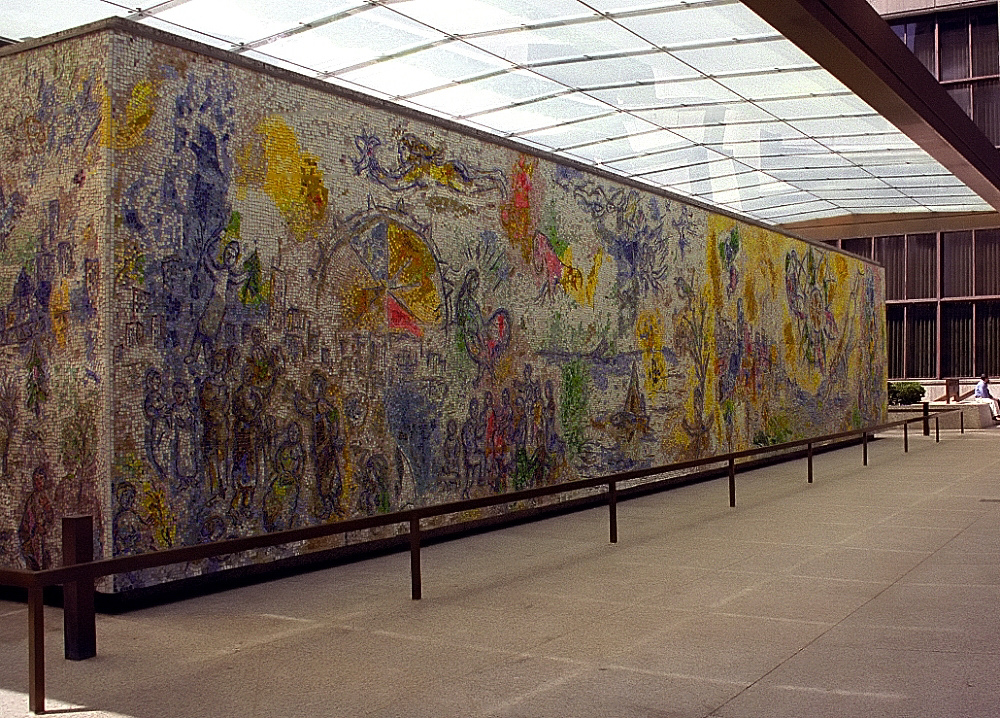