A History Of The Chicago White Sox In 1 Minute 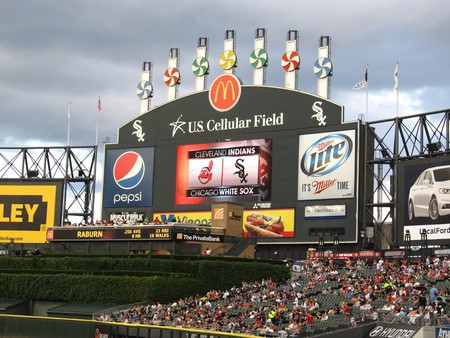 Chicago may be divided up into neighborhoods, but the real division comes from allegiance to the city’s baseball teams. The White Sox rule the South Side, while the Cubs command the North. If you’re not up to snuff on Chicago’s local branch of the National Pastime, read this crash course on the White Sox before the season ends.

The White Stockings were founded by Charles Comiskey and commissioned as an official Major League Baseball team in 1900. The name was eventually shortened to the White Sox. In 1910 the team moved into Comiskey Park on 35th Street and Wentworth Avenue on the city’s South Side where they played for 80 years.

Old Comiskey was demolished in 1990 and New Comiskey opened in 1991 just across the street. In 2003 the name was changed to US Cellular Field and often nicknamed ‘the Cell.’ In August 2016 it was announced that the name of the park would change yet again and, effective November 1, 2016, it will be called Guaranteed Rate Field.

The White Sox are members of the American League in the Central Division, and their main fan following exists on the South Side of the city. Major legions exist in Irish neighborhoods like Beverly and Mount Greenwood, as well as the southwest suburbs.

The Sox had their longest run of popularity and success from 1951-67, when they had 17 straight winning records, earning them the nickname ‘the Go-Go White Sox.’ Star players of this period included Minnie Miñoso aka The Cuban Comet, Sherm Lollar and Nellie Fox.

Following this, the team sunk into a slump and the club was nearly sold and moved out of Chicago several different times. Their poor records continued throughout the ’70s and ’80s before a deal was finally struck to rebuild the park and give the team the maintenance it needed. 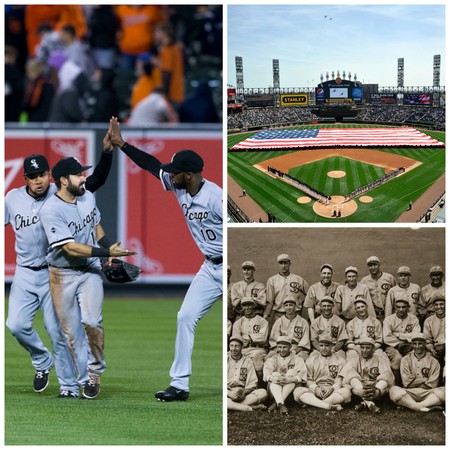 After New Comiskey opened, the Sox saw an uptick in success, which culminated in winning the World Series in 2005. Leaders of this era included Paul Konerko, A. J. Pierzynski and Mark Buehrle. This was their first championship since 1917 and third overall.

The White Sox maintain a healthy rivalry with North Side neighbors the Cubs and, though the allegiances go back for decades, the teams didn’t meet regularly until interleague play began in 1997. But the Cubs and the Sox did face off in the 1906 World Series, where the Sox upset the Cubs. Every year a Crosstown Classic series is played between the two teams, with the winners taking bragging rights and also the Crosstown Cup.