A Brief History of the Museum of Contemporary Art Chicago 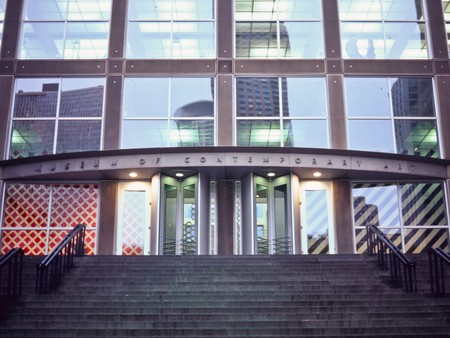 Just a hop, skip, and a jump off the Magnificent Mile stands the Museum of Contemporary Art (MCA) Chicago, home to some of the world’s most intriguing modern artworks, installations, and performances. With a stunning, purpose-built space and rotating exhibitions featuring its impressive permanent collection and loans from the world’s greatest collections, the MCA is a challenging but compelling gem for lovers of post-WW2 art.

It all began in 1964 when 30 art critics, collectors, and dealers gathered to discuss their belief that the city deserved a contemporary art museum to complement the long-standing Art Institute of Chicago. Just three years later, in the fall of 1967, in a building at 237 East Ontario Street that once housed Playboy, the MCA opened its doors to the public.

Initially, the museum was conceived as a Kunsthalle, an art gallery without a permanent collection created to instead host temporary exhibitions, and notable early examples included Dan Flavin’s first solo show and Claes Oldenburg’s first show in his hometown. In its fledgling years, the museum continued to build on its mission to excite, challenge, and illuminate with exhibitions like Violence! In Recent American Art (1968) and Art by Telephone (1969). In 1969, it also became the first building in the U.S. to be wrapped by environmental artist Christo, and the following year, it hosted solo exhibitions by pop art heavyweights Roy Lichtenstein, Robert Rauschenberg, and Andy Warhol. 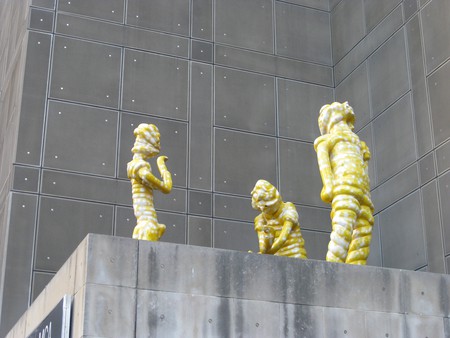 Following a donation by sculptor Marisol Escobar in 1968, the museum soon changed tack and began assembling a permanent collection, formalized in 1974. With a thriving collection and the continued success of innovative and compelling exhibitions, the MCA expanded into an adjacent three-story townhouse in 1977. The following year saw the museum host Frida Kahlo’s landmark first U.S. exhibition.

Further success and growth throughout the 1980s necessitated another expansion, and in 1990, the MCA sealed a move to the site of the Illinois National Guard’s Chicago Avenue Armory, utilizing the vacant building for Art at the Armory: Occupied Territory (1992) before its demolition. In 1996, the brand new building designed by German architect Josef Paul Kleihues was unveiled, with more than 25,000 people attending a 24-hour preview for the public. With seven times the gallery space of the previous building, a sculpture garden, and a brand new performing arts theater and program called MCA Stage, the new building quadrupled MCA’s visitors in its first year alone.

Utilizing the new space and facilities, successful exhibitions in the late ‘90s and throughout the ‘00s included artists such as Jeff Koons, Chuck Close, Olafur Eliasson, and Cindy Sherman.

In 2011, the MCA Vision Campaign began with the aim of ensuring that the museum continues to deliver on its mission and vision, with new curators, reimagined layouts, and a restructured approach to exhibitions, including the introduction of three ongoing series: MCA DNA, Chicago Works, and the MCA Chicago Plaza Project.

With 50 years of history and a remit to continue to celebrate the best contemporary and local art and culture, the MCA remains a vital part of Chicago’s art scene. It’s closed on Mondays, free for Illinois residents on Tuesdays, and the suggested admission is $12 for adults and $7 for students and seniors.