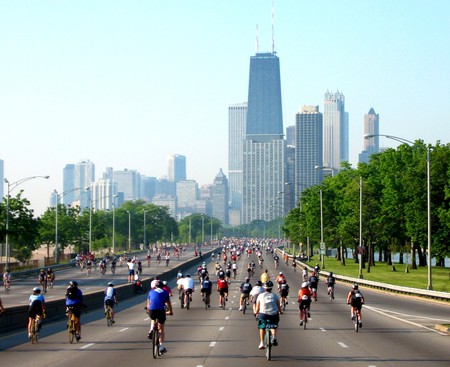 Although it may seem silly to show off an eight-lane expressway, this is easily the most beautiful drive in the Midwest. Lake Shore Drive (also referred to as the ‘Outer Drive,’ ‘The Drive,’ or ‘LSD’) was originally a very popular, unpaved path for the most affluent Chicagoans. This was the prime location for an afternoon stroll or even a ride in a horse-drawn carriage. In 1882, a very well-known Chicagoan named Potter Palmer was fully responsible for convincing the city to connect his mansion to the downtown area via Lake Shore Drive.

The Palmer Mansion (more of a castle) was located between the current-day streets of Schiller and Banks at 1350 N. Lake Shore Drive. This mansion was the largest private residence built in Chicago at the time, and locals flocked to the idea of living there – this home established the Gold Coast neighborhood. During the 1880s and 1890s, wealthy property owners helped finance a seawall and landfill behind it so that Lake Shore Drive could be extended south of Oak Street. The landfill used for the 1930’s extension was mostly dirt, but the 1950’s extension included rubble and debris from the destruction of homes that were demolished for the construction of the Congress Expressway. 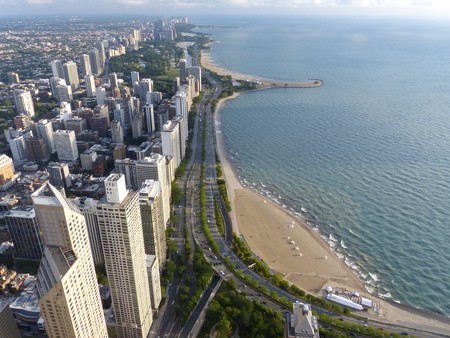 The earliest version of Lake Shore Drive extended from Oak Street to Fullerton Avenue. In 1939, the construction of the Outer Drive was completed up to North Avenue, and by 1942, it was extended north to Belmont Avenue and south to 47th Street. The rest of Outer Lake Shore Drive did not yet reach as far south (to Marquette Drive and Jeffery Drive) until the early 1940s. 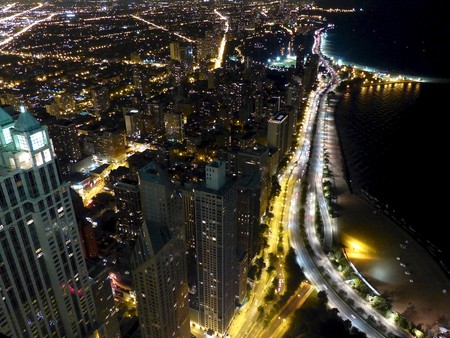 In 1979, Friends of the Parks advocated for resurfacing and marking the 18-mile Chicago Lakefront Trail from Hollywood Avenue to 71st Street. In the 1990s, beautiful medians (featuring trees and shrubs) were installed along North Lake Shore Drive. Since the 1990s, LSD has undergone little change. Although no physical changes have occurred, in 2001, there was the first annual ‘Bike The Drive.’ This is the one day of the year that bicycles reign on Lake Shore Drive, and it generally takes place in May.

Lake Shore Drive plays such a significant role in Chicago that there was even a song created about it by Aliotta-Haynes-Jeremiah, released in 1970. Today, the Chicago radio station 97.1 FM ‘The Drive’ is also named after Lake Shore Drive. Overall, Lake Shore Drive extends 16.4 miles total from north to south. There is always talk that the freeway will extend further, but there is no doubt that it will always be a major part of Chicago’s history.